Circumcision does not replace condoms

Mpumalanga – When Thabo Ngobeni was circumcised a few years ago he thought he could stop using condoms because he was now protected against HIV.

“Before the circumcision I always used condoms but afterwards I had unprotected sex with my partners because I misunderstood everything the doctor and nurses said at the hospital about the purpose of circumcision. I thought after my wound had properly healed it was 100% safe for me and my partner to have unprotected sex.”

Soon after his circumcision Ngobeni, who is now 19, discovered he was HIV-positive and has started taking ARVs.

According to a local GP in Ermelo, male circumcision is effective when it’s combined with other safe sex practices, such as using condoms, reducing sexual partners and the safest sex of all – abstinence. The doctor said it was very important to continue using condoms after circumcision.

Sister Zanele Zwane, a nurse, said men can enquire at any clinic or hospital about circumcision. In most cases, the local clinic will refer the patient to a feeder hospital. Most clinics in Mpumalanga encourage men to be circumcised and have specific days when the hospital either sends doctors to the clinic to perform the circumcision or transport the patients to the hospital.

Zwane said all surgeries have some level of risk but risks associated with circumcisions are low. – Health-e News

Grade 4 girls across the Flagstaff circuit in the Eastern Cape are being vaccinated for the second round against the Human Papilloma Virus (HPV) after the departments of health and education launched the HPV vaccination campaign.

Medicine stock outs and staff shortages are just some of the reasons Holy Cross Hospital staff say patients may be dying unnecessarily at the beleaguered Eastern Cape hospital, writes Ntsiki Mpulo for the NSP Review. 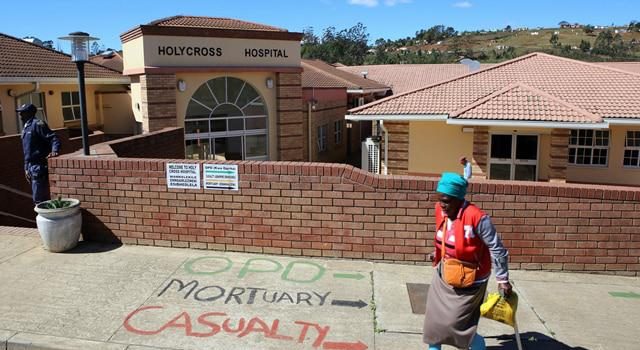