Home » #NHIPublicHearings: ‘First fix the issues, then implement the NHI’ 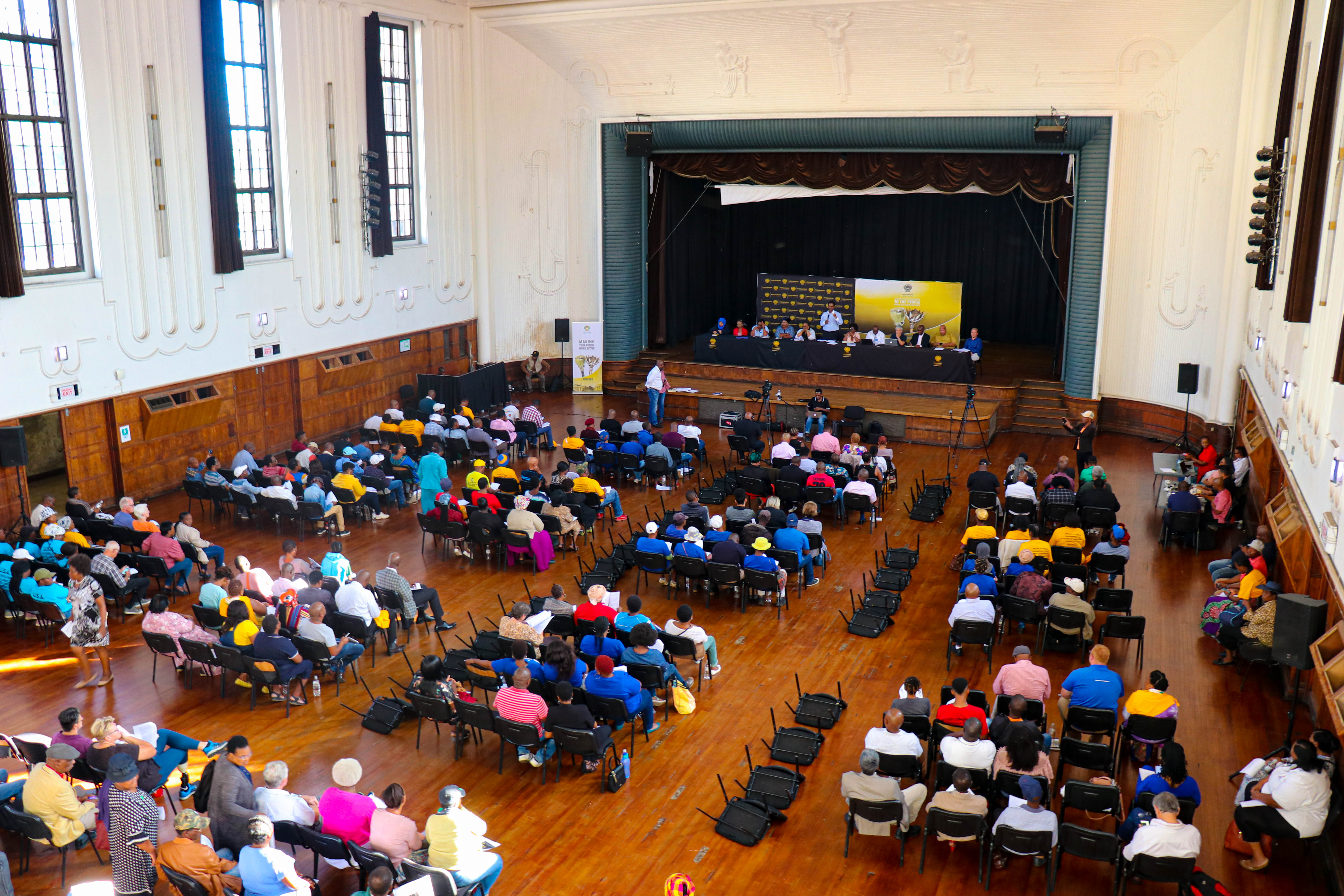 While the majority of Gauteng residents want the National Health Insurance (NHI) Bill to be implemented as soon as possible, they also want the government to not shy away from the serious healthcare system challenges the province faces.

#NHIPublicHearings: ‘First fix the issues, then implement the NHI’

This past weekend Gauteng hosted the last leg of the proposed bill’s public hearings, where members of the public, health workers and users and political party members were given a chance to tell the parliamentary committee their stories and complaints, or question the NHI Bill. After a long journey from the first public hearing in Bushbuckridge, Mpumalanga, the committee reached its final two destinations — Soweto and Ekurhuleni.

“I am one of the people who support the NHI Bill,” said Nontyatyambo Makapela from Ekurhuleni. Makapela is Ekurhuleni AIDS Council women’s sector chairperson and believes the draft legislation should be implemented, although the current healthcare system needs to be fixed first.

“As a woman living with HIV, for us to believe in equal access to health, the current healthcare service provision needs to be fixed first. For us to see a difference, let us eradicate the corruption that exists in public and private spheres,” Makapela added.

Lungile Mbatha, from Buhle Park in Ekurhuleni, told the committee that her township does not have a public clinic. In 2015, OurHealth reported on how the new private clinic that opened in the Buhle Park and Klipoortjie area added insult to injury for residents who had pleaded with Ekurhuleni Metropolitan Municipality for a public clinic to service the area.

“For us to access healthcare services we must travel long distances, and cross the railway to Leondale, the nearest township,” she said.

Mbatha wanted to know how the NHI Bill would help people like her, who live in areas where there are no local public clinics. She added that it’s an extra challenge for wheelchair users to get to the clinic in Leondale, because of the railway.

Speaking at the Soweto public hearing on Sunday, Dr Mpho Phalatse, former MMC: Health & Social Development in City of Joburg and Democratic Alliance (DA) representative, told the parliamentary committee that the DA agrees on the concept of universal health coverage, but they disagree on how the draft legislation will reach that goal.

“We believe that what this country needs is good governance — setting up this NHI fund is  a form of secondary victimisation of ordinary South Africans,” said Phalatse.

The DA has been fiercely opposed to the NHI Bill and released its outline of an alternative set of healthcare reforms — called Sizani Universal Healthcare — shortly before Health minister Zweli Mkhize tabled the draft law in Parliament. The aim of the plan is to “roll out universal healthcare to the people of South Africa…within the current budget envelope; without destroying the economy; without the increased opportunity for mass scale corruption and with the provision of quality healthcare.”

“While there is no doubt that the current NHI bill is far from perfect, the DA’s response to it is ill-conceived and raises more questions than it answers,” health systems researchers and experts wrote in September last year.

Phalatse added that there have been other funds the government has set-up, all of which are open to mal-adminiatration and mismanagement. She named funds such as the Road Accident Fund, Unemployment Insurance Fund, and the Workman’s Compensation Fund, and said that “none of them have worked.”

“They are all open to corruption, and this fund will be no different,” she added.

Lebohang Mulaisi, policy coordinator at the Congress of South Africa Trade Unions (COSATU), said they welcome and support the implementation of the NHI Bill, and believed it’s overdue. But COSATU still maintains some objections to the Bill as it stands.

According to Mulaisi, the Bill’s mandate is to protect South Africans from corruption in the private healthcare sector.

“How is it that a C-section can cost you one thing at a public sector and cost you five times more in the private sector?” asked Mulaisi, adding that corruption in the private healthcare sector was exposed in the Health Market Inquiry.

“We welcome the regulation of the private health sector and we call for the implementation of the National Health Insurance Bill,” said Mulaisi.

“We fully support the implementation of the NHI, for the mere fact that it’s here to correct  one of the many injustices that our people are facing,” said Silindile Mbhele of NEHAWU. She added that “it’s not true that the private sector has no role in the failing of our health   system.”

“It has played a huge role in the failing of our health system. The function and practices of the private sector are impacting on the public sector and the way it needs to be regulated,” Mbhele continued.

A Pholosong Hospital board member said he personally supports the NHI, but that he is concerned about the hospital’s infrastructure, which poses a challenge to the hospital’s functioning, according to him.

The other issue he wants fixed through the NHI Bill is the hospital’s accounting system.

“Currently the hospital’s accounting is done on a cash basis, whereas they are supposed to be using the accrual basis. The cash basis leads to yearly budget problems at the hospital.” – Health-e News