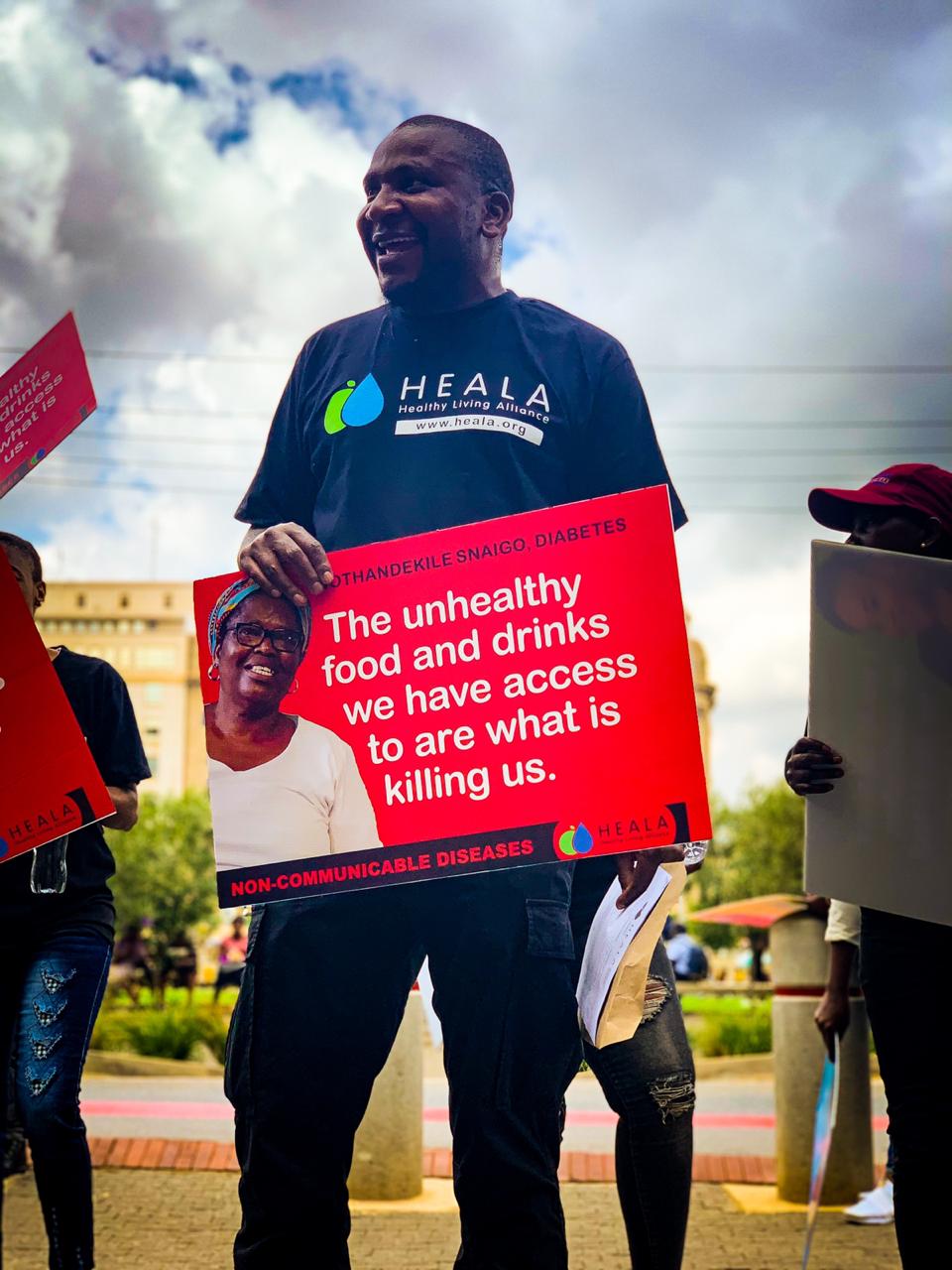 Civil society organisations gathered outside Parliament in Cape Town to demand an increase in the Health Promotion Levy from 11% to 20%, but their demands fell on deaf ears.

In 2016, the government introduced an 11% sugar tax, formally known as the Health Promotion Levy, on all sugar-sweetened beverages. According to the Healthy Living Alliance (HEALA), this tax, although a step in the right direction, is not the end of the battle against rising rates of non-communicable diseases (NCDs). This Wednesday HEALA, in conjunction with civil society organisations, picketed outside Parliament and rallied around the call for a 20% sugar tax.

“The sugary drinks industry have pushed back on the original call for a 20% tax, to a point where the government compromised on an 11% tax. We continue our call for the tax to be increased, so there are real results. The country faces a grave and preventable pandemic that is spiralling out of control. It is for this reason that HEALA is calling for a sugary drinks tax increase and front of pack warning labels on packaged and processed food,” said programme manager, Lawrence Mbalati, in a statement released on Wednesday.

Health-e News spoke to individuals and organisations at the picket, to find out why an increase in the sugar tax is important to them. Here’s what they had to say. 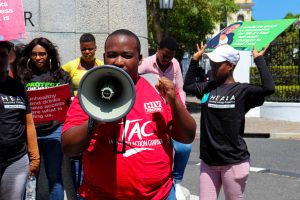 “Non-communicable diseases (NCDs) affect people living with HIV, so there is no way we can be silent when an organisation like HEALA, who fights for NCD reduction and industry regulation, exists. We know we have lost so many lives to NCDs, and the government must increase sugar tax to 20% because that tax can be invested in the Health Department to fight NCDs.” 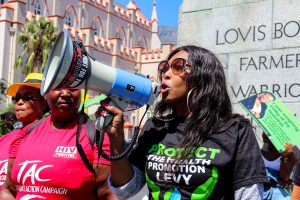 “The Minister must tax the unhealthy food and beverage industry by calling for the tax to be increased from 11% to 20%, and promote the health promotion living.  What we ultimately want to see is a decrease in consumption. And we believe that by increasing the tax to 20%, we will see a significant reduction in the consumption of unhealthy beverages and sugary drinks. Not only that — we will ultimately see a healthier society in the long run.” 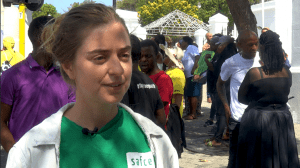 “We’ve got an epidemic in this country — NCDs are directly related to unhealthy food. In this country, people have been told that it’s their fault that they have diabetes or high blood pressure; that it’s their responsibility to look after their health. Meanwhile, the only affordable food is the food that’s giving them sicknesses, and it’s the only food that people are able to access. The tax needs to be significant in order for it to make a big difference. I think that’s a big thing. The industry must think about making the price of healthy foods cheaper, and that should go hand-in-hand with making sugar more expensive.” 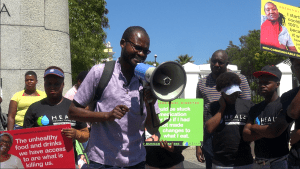 “We are highly concerned with the number of deaths due to NCDs. The number of people who are dying is growing daily but the government is doing little to address that. We have seen the fast food industry mushrooming. We’ve seen people dying of cancer and heart disease, mainly because of the food they’re eating. We mostly eat ultra-processed meals, not because we have options, but that’s what we can afford. We put it to the government to increase the sugar tax and subsidise healthy food.” – Health-e News