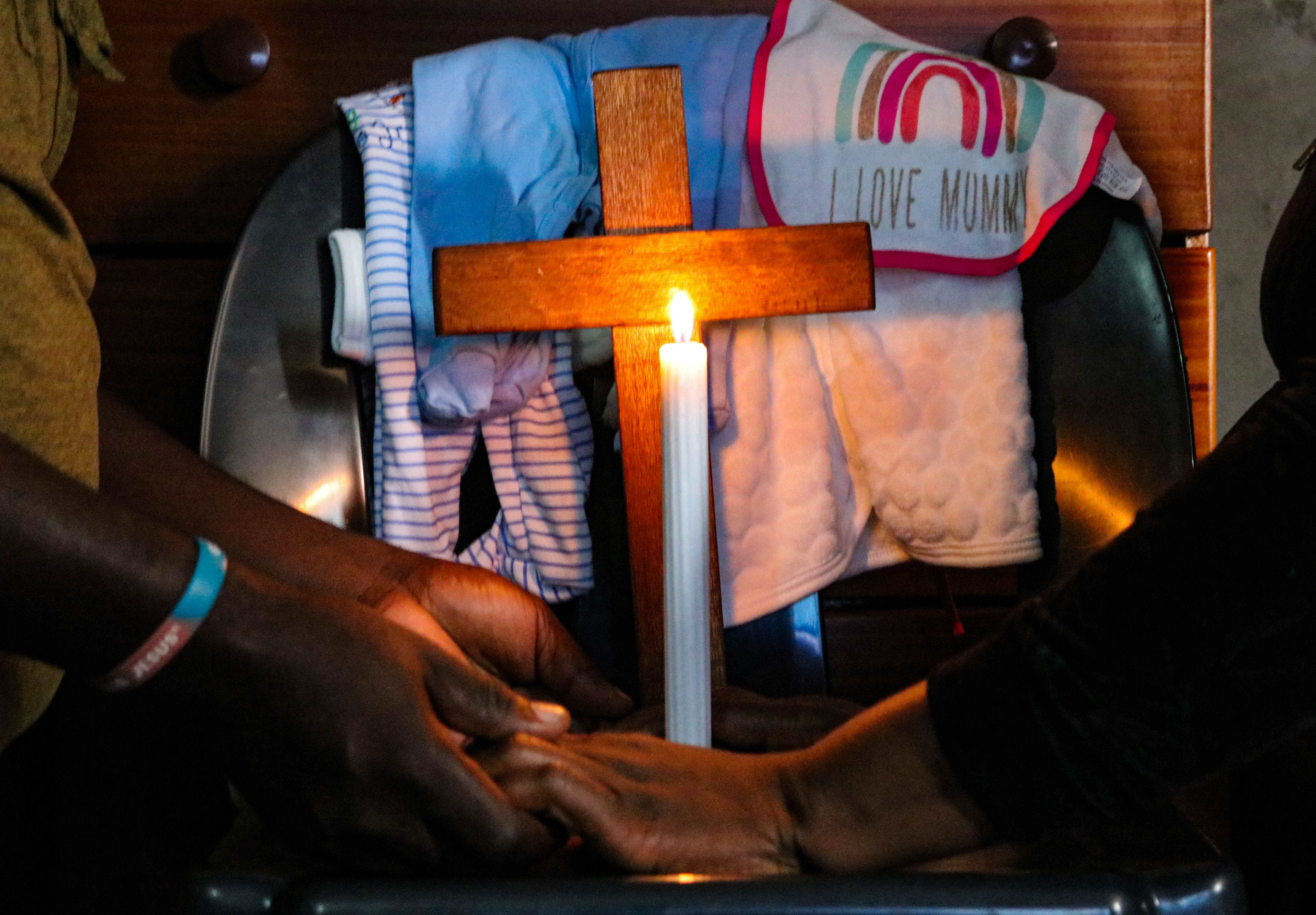 Parents blame hospital for the death of their new born:Credit(Luntu Ndzanze/Health-e News)

A grieving woman questions why hospital staff refused to perform a caesarean section despite her pleas.

After years trying to conceive, Happiness Ekwegbalu’s (33) wish to be a mother seemed to have come true. And the expectant mother was looking forward to holding her baby boy in her arms. Her joy turned into a nightmare when she went into labour and was admitted to South Rand Hospital in Rosettenville, Johannesburg.

“I went into labour on Monday, December 23. The doctor checked me and confirmed that I was in labour and I had to be admitted so they could monitor me.”

Ekwegbalu’s labour was progressing slowly, with her cervix only being dilated 1cm from the time she was first seen by the doctor until the next day.

“The next day, the doctor checked me and I was still at 1cm. I asked the doctor if there was nothing that they could do since I had been at 1cm since Monday. The doctor said that because it was my first child and my first experience, I should relax and everything will be fine,” she says.

According to her, the doctor recommended that she do exercises to help speed up labour, but that proved to be a fruitless exercise.

“On Wednesday, I asked the doctor if they couldn’t operate or induce me but the doctor said that they couldn’t do that since I was in a good condition and so was my baby. All I need is exercise. It is only people that have got issues that get induced or operated. And they said they would give me up to Friday before they could decide if they could give me another option,” says Ekwegbalu.

On Thursday morning, a nurse checked her and found that there was something wrong with the baby.

“She inserted a drip on me since she found that there was something wrong. The drip was not inserted properly and when I alerted her of this, she asked how I knew that it wasn’t inserted properly but it was visible since the water was flowing out.”

The nurse then allegedly turned off the drip to stop it from flowing and knocked off.

“After switching it off, she told me that something was wrong with my baby. I asked her to help me but she said it was none of her business since she was knocking off. I asked about four nurses to help me but none of them would help me.”

She got a hint of the possible transfer when another nurse came to ask about a patient who was scheduled to be transferred to another hospital.

“Another nurse came to the room and asked who was scheduled to be transferred. The other lady [another patient] and I both responded that we didn’t know. She left and when she came back, she asked who was Happiness? Then she said that the doctor wants to transfer you and left afterwards. I didn’t see or hear from the nurse or the doctor for that entire day,” she adds.

Her transfer finally happened in the evening before the morning team could knock off.

“The nurse came around 5pm and that was when she realised that there was no heartbeat. She then called the doctor and I was taken to do the sonar where they couldn’t detect my baby’s heartbeat. That was when they made arrangements to transfer me. And I was sent to Johannesburg Hospital (Charlotte Maxeke Academic Hospital).”

Upon her arrival, the doctor who examined her broke the news of her baby’s passing.

Ekwegbalu says: “When I got to the hospital, the doctor checked me and told me that my baby was dead. I said that it was impossible. He then asked if I had been at home since I went into labour and I told him that I was at the hospital (South Rand hospital) since Monday”.

According to her, the conduct of the staff at South Rand Hospital was concerning to the doctors at Charlotte Maxeke because the hospital had all the resources required for emergencies such as caesarean sections.

“After explaining that the hospital had given me until Friday, the doctor said that that hospital usually performs operations so why didn’t they do the same to save my baby?”.

Because she was in denial, three other doctors were called to confirm the death of her baby. And they had to induce her so she could give birth.

According to the Gauteng department of health, action has been taken against some of the South Rand’s staff members involved.

“The sessional doctor has since been suspended indefinitely and a nurse has resigned with immediate effect. The matter has also been handed to our labour office for disciplinary action”.

“[A] caesarean section is a procedure whereby an unborn baby is delivered by surgical means. It is usually performed for specific medical and obstetric indications. It can also be performed when a patient requests it during their antenatal visits,” the department says and that the decision is influenced by the availability of resources.

In September 2019, OurHealth reported about pregnant women who are foreigners who were being forced to pay R621 for maternal services at Tembisa Hospital in Ekurhuleni. Monies which they were informed about by nurses.

It also clarified that it was not charging pregnant women as stated in the National Health Act 61 of 2003 which states that “pregnant and lactating women and children below the age of six years, who are not members of beneficiaries of medical aid schemes, must be provided with free health services”.

But Ekwegbalu showed OurHealth receipts from South Rand Hospital where she had been paying R209 for all her antenatal visits.

The department however states that the hospital was not charging for maternity services.

“Following the withdrawal of circular 5 of 2019, pertaining to “classification of All Non-South African Citizens”, in June 2019 patients are not made to pay for maternity services received  at South Rand Hospital.”

‘They killed my baby’

The hospital has also apologised to Ekwegbalu for her experience at the hospital.

“The hospital has apologised but I am not satisfied with it. They killed my baby and they should tell me why? Why did they have to punish me that way? To carry a baby for nine months and for it to go this way, it is so painful. They are blaming their staff because they say that they did not treat me well and what they did was unfair. I am going to seek legal advice because I did not deserve the treatment that they gave me.”

“I gave birth in November 2019 and when I arrived at the hospital, they opened a file for me and I was told to wait in the waiting room. After waiting for some time without having being examined, I had to call the nurses because I could feel that something wanted to come out. But one of them mocked me until one of them decided to assist me and that’s when the baby came out,” says Linda Khumalo (27).

Khumalo says that she was not surprised that Ekwegbalu was treated in that manner because she almost gave birth on her own.

“I honestly think that the nurses are heartless and it is even worse when you are a foreigner. The biggest problem is that they don’t give women who are in labour enough attention or maybe it is because they are used to seeing women in labour. They also like to ask ‘how do you know?’ when you alert them to something,”, she adds.

The department has arranged training for all staff in the maternity ward to strengthen areas of weakness through the district specialist team. – Health-e News