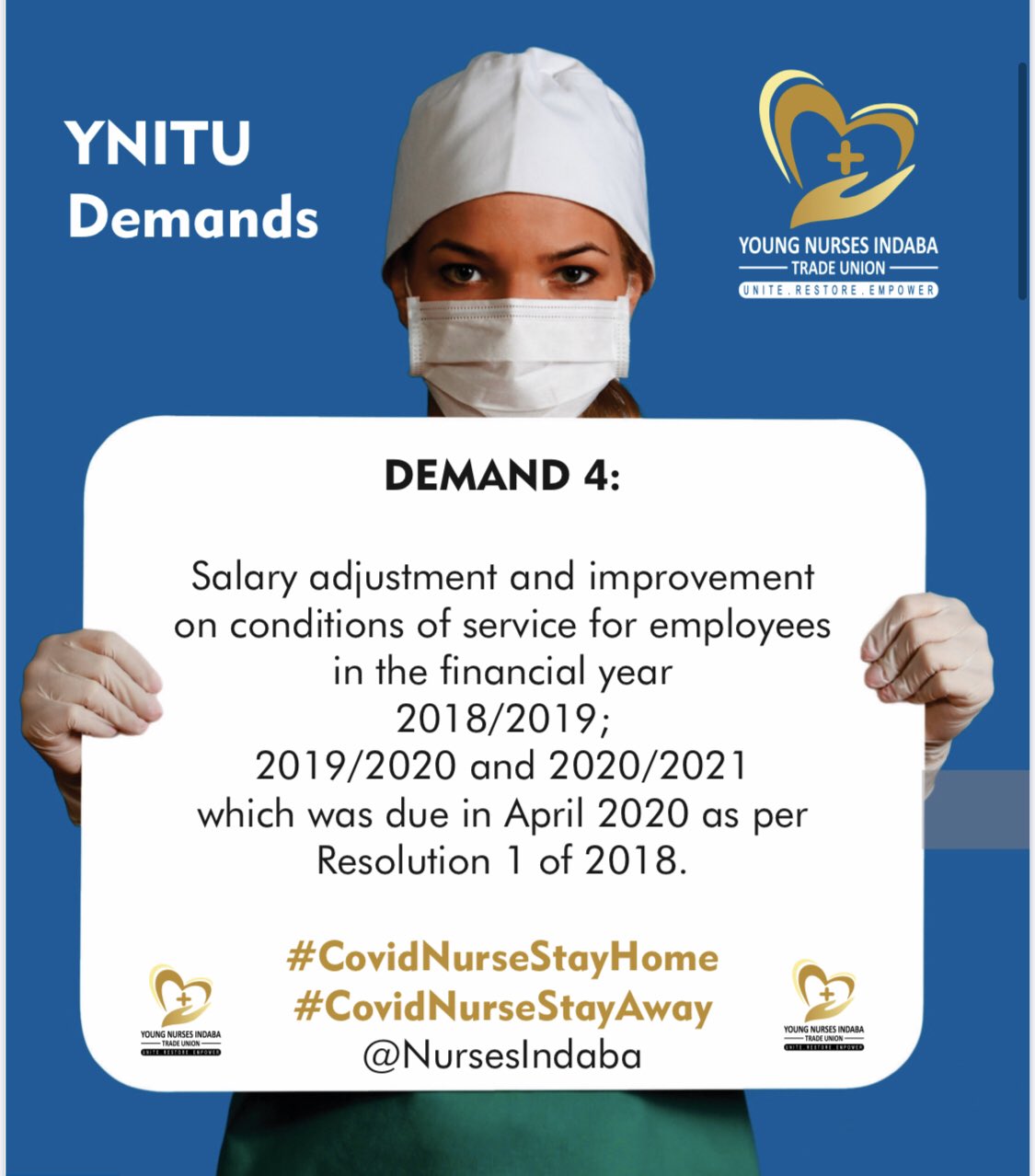 A number of nurses and nursing trade unions have voiced their disappointment about their apparent exclusion from the country’s relief measures — such as income tax breaks.

The president of Young Nurses Indaba Trade Union (YNITU), Lerato Madumo-Gova, has threatened that the union will stop their nurses from operating at public health facilities if their demands are not met by the Presidency. Madumo-Gova says the nurses feel neglected by being excluded from the economic relief measures outlined by President Cyril Ramaphosa on Tuesday.

“Nurses in this country have been sidelined and economically excluded for far too long — regardless of their efforts. We feel that our service is being undermined as nothing is being done to address challenges which are currently being faced by the nurses,” says Madumo-Gova.

She says that since the country went into lockdown, nurses who rely on public transport to and from work have faced hurdle upon hurdle to effectively do their jobs, and that nothing is being done to address the transport woes.

“Since measures were introduced to try and curb the spread of Covid-19, the majority of nurses who are using public transport have been left stranded and frustrated at night and sometimes in the rain because there’s always a problem with transport that’s supposed to take them home,” says Madumo-Gova.

The union wants the Presidency to offer Covid-19 allowances and income tax breaks to all nurses.

“We are aware that many countries — who are less economically powerful — have given their nurses Covid-19 allowances, income tax breaks and many other benefits to motivate them, but such has not been done in South Africa. On Tuesday we were expecting our president to talk about an income tax break of six months for frontliners. Nurses already get poverty level salaries, as they remain the least paid amongst healthcare professionals,” she says.

Some of the economic relief measures announced by the President includes an increase in social grants and a grant for all unemployed South African citizens for the next six months.

“The majority of nurses are from poor backgrounds and are breadwinners in their homes. Covid-19 has deepened their financial strain and plunged them into poverty because their salaries have to be shared amongst a multitude of family members,” says Madumo-Gova.

YNITU has also lambasted the South African Nursing Council (SANC) for not playing its role in terms of protecting nurses.

“The presidency should by now know that nurses are burdened by the institution known as the South African Nursing Council, who doesn’t do anything for nurses, and has been quiet since a national disaster was announced [on 15 March]. Despite being funded by the same nurses, that institution is quiet about problems faced by nurses,” added Madumo-Gova.

YNITU’s lamenting about nurses exclusion from the country’s economic relief plans is mirrored by the Democratic Nursing Organisation of South Africa (DENOSA), another nursing trade union. In a statement, they say that they are saddened by nurses being completely forgotten in regard to relief packages by the government.

“The announcement has cemented nurses’ long-held view that they are not appreciated despite their great contribution — most of which has seen many patients recovering from Covid-19. The announcement has left nurses with the message that says they are on their own,” reads the statement. — Health-e News.