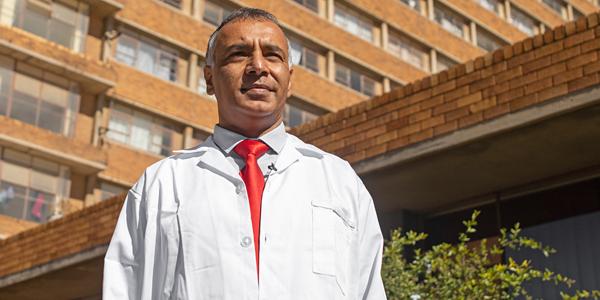 South Africa’s government has decided to stop the planned rollout of the AstraZeneca Covid-19 vacccine after clinical trials found it is not as effective as hoped against the new variant reported in the country.

South Africa’s government has decided to stop the planned rollout of the AstraZeneca Covid-19 vacccine after clinical trials found it is not as effective as hoped against the new variant reported in the country.

Government made the decision after the British drugmaker AstraZeneca released a statement on Saturday saying the vaccine developed with the University of Oxford appears to offer only a limited protection against the milder form of the disease caused by the South African variant.

Of the two thousand volunteers who were administered the vaccine during the trial, 19 contracted the coronavirus. Twenty others were also sickened but these received only a placebo.

The findings of the study show that existing vaccines may be less effective against the mutating virus and that these may have to be updated to fight Covid-19 variants.

Health Minister Zweli Mkhize said in Sunday that South Africa would temporarily halt the rollout of the vaccine until more tests had been completed. One million doses arrived in the country on Monday 1 February with the first phase seeing health workers in line for the vaccine.

Two other vaccine developments, including the Johnson & Johnson and Novavax type, were also found to be less effective in dealing with South Africa’s more infectious particularly in local tests, however trials in the United States and the United Kingdom were more effective.

Wits University Professor of Vaccinology and Director of the Vaccines & Infectious Diseases Analytics (VIDA) Professor Shabir Madhi said protection against moderate to severe disease, hospitalisation or death could not be assessed in this study as the target population were at low risk.

“Recent data from a study in South Africa sponsored by Janssen which assessed moderate to severe disease, rather than mild disease, using a similar viral vector, indicated that protection against these important disease endpoints was preserved.” he said.

“This could be relevant to the ChAdOx1 nCoV-19 vaccine, which has been developed using similar technology as the Janssen vaccine, and for which vaccine induced immune responses are also similar,” said Madhi.

“These findings also force us to recalibrate thinking about how to approach the pandemic virus and shift the focus from the aspirational goal of herd immunity against transmission to the protection of all at risk individuals in population against severe disease.”

‘This study confirms that the pandemic coronavirus will find ways to continue to spread in vaccinated populations, as expected, but, taken with the promising results from other studies in South Africa, such as those using a similar viral vector, vaccines may continue to ease the toll on health care systems by preventing severe disease.’

Working together to find a solution

Oxford University Professor of Vaccinology Professor Sarah Gilbert was optimistic that the medical team would be able to find a way to deal with the latest variant.

“Efforts are underway to develop a new generation of vaccines that will allow protection to be redirected to emerging variants as booster jabs, if it turns out that it is necessary to do so,” she said in a statement.

“We are working with AstraZeneca to optimise the pipeline required for a strain change should one become necessary,” said Gilbert. “This is the same issue that is faced by all of the vaccine developers, and we will continue to monitor the emergence of new variants that arise in readiness for a future strain change.”

Wits and Oxford University researchers are working closely together under  the guidance of Professor Shabir Madhi who is regarded as a a global leader in the field of paediatric infectious diseases. Madhi was also recently appointed as the Dean of the Faculty of Health Sciences at Wits University.

The relationship combines clinical, microbiological and epidemiological expertise basing the process in Africa. Wits has led the trials locally which is developing a South African-focus on the specific strains and local challenges when it comes to vaccine rollout and testing – Health-e News