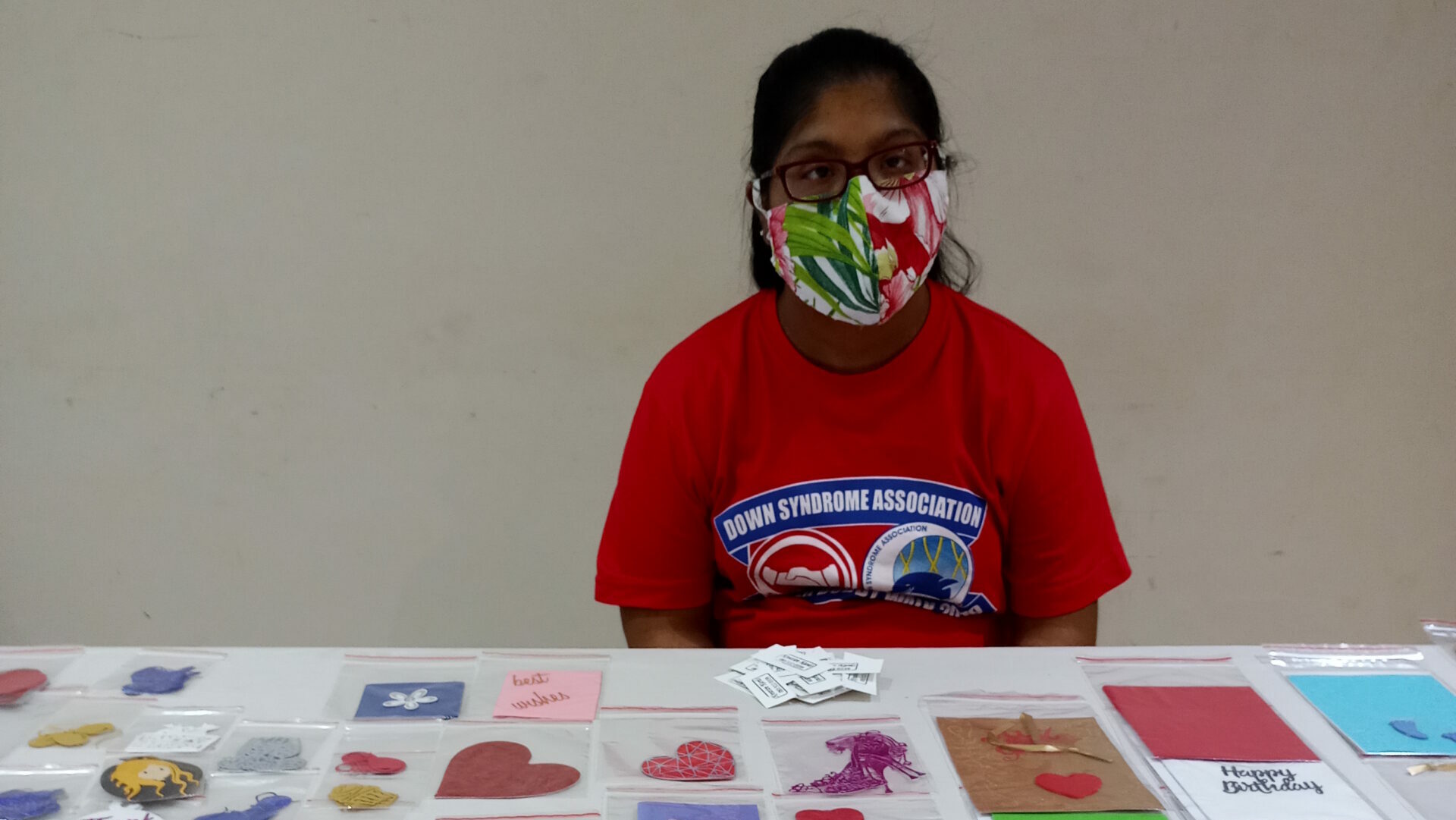 On World Down Syndrome Day, made all the more important as this week cops who are charged with the tragic killing of Nathaniel Julies are set to take the stand, Health-e News reports on a young woman with down syndrome from Durban who at the age of just 17 was running a successful business.

“I would not let Down Syndrome get in the way of my daughter’s dream of becoming a successful businesswoman,” said Sharon Sony, describing her daughter Shenai’s the successful card-making business.

From her home in Westville, Durban, the teenager, now 19, makes and sells embossed greetings cards and markets her business, Kreative Kards, on social media.

World Down Syndrome Day, March 21, highlights the challenges and triumphs of people living with Down Syndrome. While Shenai Sony’s business in now a success, it wasn’t always easy for the Sony family.

Shenai attended the RP Moodley School for learners with disabilities from the age of seven. In June 2019, when Shenai was 17, Sharon Sony took her out of school in Reservoir Hills in Durban after a safety incident.

“From what I could tell, not much was done at the school,” said Sharon Sony. “One day in June when I arrived to pick her up she was wondering in the car park and there’s no security at the school gates. I was very upset and immediately took her out of school.”

Shenai does not speak very clearly and sometimes uses gestures or sign language to communicate. This made it hard for her mother to understand just how unhappy school was making Shenai and noticed the signs retrospectively.

“I remember she would take long in the morning to shower dress and even have her breakfast. From the time she’s been home I’ve noticed a big difference in her mood,” recalled Sharon Sony. “And when we speak to her about going to school she doesn’t want to hear about it.”

Down Syndrome “is a genetic disorder caused when abnormal cell division results in an extra full or partial copy of chromosome 21.” This “extra genetic material causes the developmental changes and physical features of Down Syndrome.”

“Down Syndrome varies in severity among individuals, causing lifelong intellectual disability and developmental delays,” according to United-States medical research organisation the Mayo Clinic, “It’s the most common genetic chromosomal disorder and cause of learning disabilities in children. It also commonly causes other medical abnormalities, including heart and gastrointestinal disorders.”

Finding a purpose through a creative business

But Sharon was still worried about what would keep her daughter busy, happy and active, if it is not school.

“I was panicking as I needed her to do something, so I came across someone called Margie advertising for loom knitting on Facebook and I spoke to her about Shenai to attend her trainings. She was very excited to accept her as her student,” said Sharon.

At these training sessions, Margie introduced Shenai to card making.

“From there on Shenai had taken to a love of making cards. She just started her business when lockdown hit us, therefore, she could not market her cards properly because everyone was under lockdown level five,” said Sharon.

Despite this, Shenai still received orders via word-of-mouth. Family and friends helped her distribute and market the business. She has also sold cards at a stand at a local flea market.

“Additionally, we are also working on creating a website so that she can also sell online,” said Sharon Sony.

Down Syndrome and human rights

The 21st of March is also Human Rights Day in South Africa, and it is important people with disabilities are included in this national conversation. It is important that people with down syndrome feels recognised and welcomed in society. The August 2020 killing of Nathaniel Julius, a teenager living with Down Syndrome, sparked outrage in South Africa. As the case continues, it has also spotlighted the needed for better protection of people with Down Syndrome. 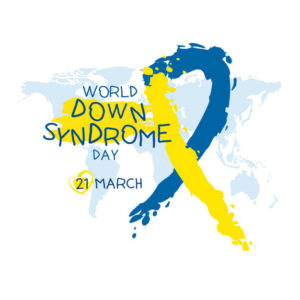 According to the United-Kingdom based advocacy organisation Down Syndrome International (DSI) “approximately 10% of the world’s population are people with disabilities (over 700 million people), approximately 80% of whom live in developing countries.”

Yet, people living with disabilities fall through the cracks of existing human rights laws. In 2006, the United Nations General Assembly adopted the Convention on the Rights of Persons with Disabilities. It was enforced on 3 May 2008 and ratified by 177 countries.

“The Convention was adopted as a response to the fact that although pre-existing human rights conventions offer considerable potential to promote and protect the rights of people with disabilities, this potential was not being tapped. People with disabilities continued being denied their human rights and were kept on the margins of society in all parts of the world,” said the DSI.

The purpose of the Convention sets out legal obligations for member states to “promote and protect the rights of people with disabilities” and “recognises that people with disabilities have inherent rights, and that they are capable of claiming those rights and making decisions for their lives based on their free and informed consent as well as being active members of society.”

Despite the convention, people like Julies remain vulnerable. Police shot the Eldorado Park teenager allegedly after he failed to answer their questions due to his disability.

Syndrome can be difficult for families to accept

The Sony family first struggled to accept Shenai’s disability. Initially, healthcare workers failed to see the signs at her birth. Two days later, doctors  told Sharon Sony and her husband  Kishore that their daughter had Down Dyndrome. 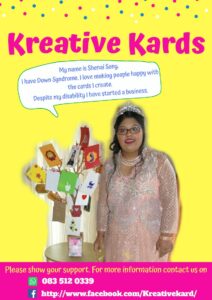 “It changed our lives, we didn’t know anything about Down Syndrome, we became depressed and disturbed asking ‘God why us?’”

Sharon had to leave work to care of her daughter because there were no facilities for young children with Down Syndrome in her area. The family educated themselves and tried to find support.

“We also got into financial difficulties as we needed to take her to many therapists,” said Sharon.

Help came in the form a monthly Down Syndrome support group.

“We met other people who were in the same situation as us. We could show support to each other and share our experiences with other families. Plus therapists sometimes come and give talks on how to deal with the specific challenges of children with Down Syndrome,” she said.

Today, Shenai’s card business empowers her as an active member of society.

“Shenai gets very excited when someone buys a card. Making cards has taken her to another level, she is proud of what she does and has so much confidence and passion for her work,” said Sharon Sony.

“I am so glad because now I know that when I’m not longer around she’ll be able to have income and keep herself afloat,” said Sharon Sony.—Health-e News