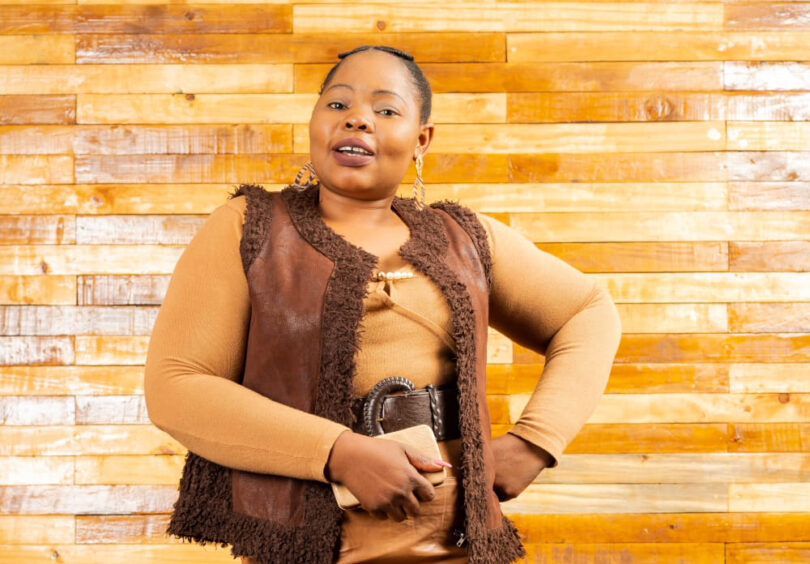 In a bid to bring dignity to vulnerable women, a Limpopo woman is running a sanitary towel and toiletry donation initiative to improve the lives of those in need.

As a firm believer in bringing change to her community and empowering young women and youth, a Limpopo woman has been running a sanitary towel and toiletry initiative since 2019, bringing dignity to vulnerable groups of women who cannot afford feminine hygiene products.

Minah Basani Mkhavele (35), of Bungeni village, outside Thohoyandou, works as a senior social worker at the Department of Social Development in Gauteng, and uses her own money, as well as donations from friends, family and other members of the community to purchase sanitary towels and other toiletry items that she donates to those who are in need.

Speaking to Health-e News, Mkhavele said she is pained to see fellow human beings, especially young women, facing the harsh realities of poverty and not being able to afford sanitary towels and other toiletries needed to practice proper hygiene, especially during menstruation. It is, therefore, her number one priority to lend a helping hand where she can.

“I am a born leader and I have a heart for community development, and it pains me when I see a vulnerable woman exposed to poverty because of her background. I have dedicated my life to be a beacon of hope and to play a critical role in bringing change to the lives of my fellow humans,” said Mkhavele.

“Over the past few years, I have voluntarily been running a sanitary towel and toiletry drive project in support of vulnerable groups of people, such as child- and youth-headed households and young women.”

According to UNICEF, 1.8 billion people across the world menstruate every month, with millions of these girls, women, transgender men and non-binary persons unable to manage their menstrual cycle in a dignified and healthy way. This is something that Mkhavele hopes to change.

“Every female should be in possession of those essential products as they help to instil confidence and dignity. And when one has confidence in themselves, one tends to do better and be more productive in school and life in general. Hence, it is important that all women be empowered to have such products at their disposal,” she said.

Mkhavele, who is currently finalising her Master’s Degree in child protection at the North West University, said that her studies have been an eye opener to the harsh realities experienced by women and children in their day-to-day lives.

Good morning family & friends i am raising donations for Sanitory towels, be it your Sanitory pads, toiletries etc,targetting to handout to the identified vulnerable group of the Child Headed and Youth Headed Households. pic.twitter.com/MX1g78BaDD

“Being a girl child ambassador in Gauteng helped me to start caring for girls, but the sanitary towel and toiletry initiatives started in 2019, when I registered for my Master’s Degree, specialising in child protection, which allowed me to learn a lot about vulnerable children, including the homeless,” she said.

Targeting those in need

“Through the initiative, I raise donations from friends, family members and other members of the community and then work closely with community leaders to identify those who are vulnerable and cannot afford to purchase these essentials.”

Despite running the sanitary towel and toiletry initiative, Mkhavele, who is very keen to bring change to both rural and urban communities, also runs career expos to motivate young people to take education seriously as it has the power to change their circumstances.

“I have come up with an initiative to influence change among vulnerable children and youth in rural communities as I host career expos and invite motivational speakers from different academic fields. I believe that education is very important in changing people’s lives and, if we invest in children’s education, it has the potential to turn their lives around,” she said.

In light of the current dire state of the economy, which has been worsened by the COVID-19 pandemic, Mkhavele believes children and youth should be exposed to various career paths from a young age.

“Education is a key to opening many doors, considering the high rate of unemployment in the country,” she said.

Mkhavele has been selected as a finalist for Mail & Guardian’s “Power of Women 2021” accolade. – Health-e News.