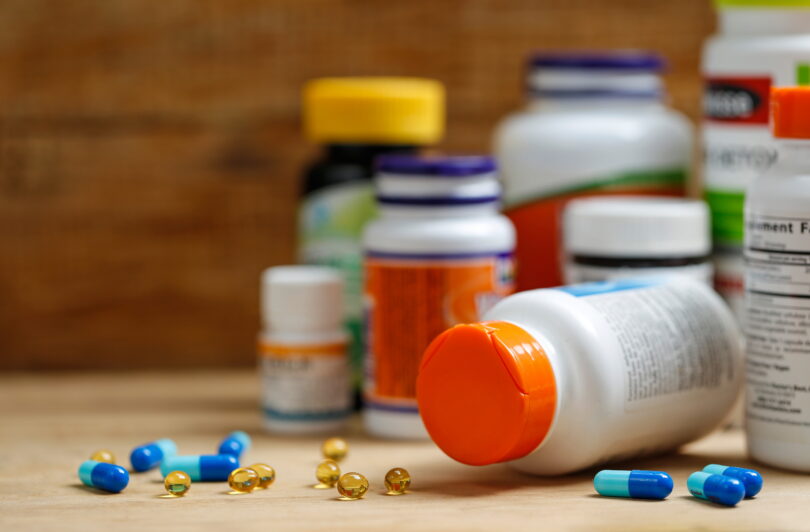 The Democratic Alliance (DA) was left with no choice but to report the Mpumalanga Department of Health to the South African Human Rights Commission (SAHRC), after it rejected the party’s concerns about the shortage of medicine at clinics and hospitals.

Many patients from across the Mpumalanga province are regularly unable to access their medication, with some simply getting turned away as healthcare facilities continue to take a strain during the ongoing third wave of the COVID-19 pandemic.

The state of Mpumalanga’s public healthcare system is seemingly getting worse by the day. This even after health MEC Sasekani Manzini gave assurance that service delivery will improve and that medication will be delivered to all clinics and hospitals.

After community members lodged several complaints about the shortage of medicine in clinics and hospitals, the DA in Mpumalanga wrote to the SAHRC requesting it to investigate shortage at hospitals and clinics across the province, as well as why COVID-19 tested are not being conducted in the province at weekends. 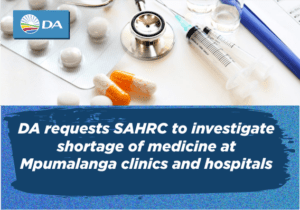 DA spokesperson, Jane Sithole, said action had to be taken against the Mpumalanga Department of Health after threats made in early July fell on deaf ears. (Photo: Twitter -DA)

Health-e News spoke to DA spokesperson on health Jane Sithole, who said the party had written an urgent letter in July to the MEC’s office, asking her to follow up and prioritise the stocking up of medicine in all healthcare facilities.

“We also informed her that if she failed to stock up all medical facilities, the DA would report her to the SAHRC and lay charges against her and her department. Up to this day, nothing has changed,” said Sithole.

Meanwhile, Manzini issued a statement explaining the shortage of medicine in the province and making assurances that medicine will be delivered to all healthcare facilities.

“We have noted the concerns and I have given instructions that medicine must be ordered with speed from our Pharmaceutical Depot in Middelburg. By 2 July 2021, all healthcare facilities should have adequate quantities of medicine,” she said.

However, almost two months later, patients are still complaining about being sent away because there is no medication at clinics and hospitals.

Sizakele Mabaso, who is a resident of Kabokweni, a township under Emhlabeni District Municipality, says the Kabokweni clinic does not even have immunisation for kids. “My niece has not been able to get her one-year immunisation since June. We always get sent away, with future dates given when we should return.”

Some clinics don’t even have the basics, such as antibiotics and headache tablets, as Sabelo Masinga, from Kanyamazane, discovered when he visited Kanyamazane Community Health Clinic.

Fearing for their lives

“In July, I tested positive for COVID-19 and I needed antibiotics and flu medication at the clinic, but they did not have any.”

Other patients fear for their lives because they suffer from chronic illnesses and their medication isn’t available.

Thabile Ngcobo, a resident of Leandra, says it has been three months since her mother has been living without her blood pressure medication. “I’m scared because some days even the machine to measure high blood pressure is not working. Some days, we can buy her pills from the pharmacy, but some days there is no money for that. What will happen when we can’t buy medication for her?”

“As per the MEC’s promise, to make sure all healthcare facilities receive adequate an quantity of medication, we can assure you that no patient will be sent away because of a shortage of medicine,” said Malamule.

In August, Malamule dismissed the DA’s allegations, saying: “What the DA is saying is not true. We did rounds in all the clinics and hospitals, and I can assure you that there is medication in each and every clinic and hospital.  I also don’t remember anything about the letter that they say they sent to the MEC; I will have to check with the MEC’s office if they received any letter.”

He confirmed that the department was aware of the formal complain that was lodged by the DA with the SAHRC. “Yes, we have heard about the complaint lodged with the SAHRC, unfortunately there is nothing we can do since it’s their right to do so. We cannot challenge that.”

The DA believes that the MEC and her department could be in contravention of section 27 of the Constitution, which guarantees the basic human right to access healthcare services.

“I am not an expert in the rights of people, but I know when human rights are being trampled upon. As the DA, we have taken the first step but this is not the only step that we are going to take. We are still going to table a motion when the Provincial Legislature sits. Our aim is to instigate action upon the department and we are doing just that, ” said Sithole. – Health-e News