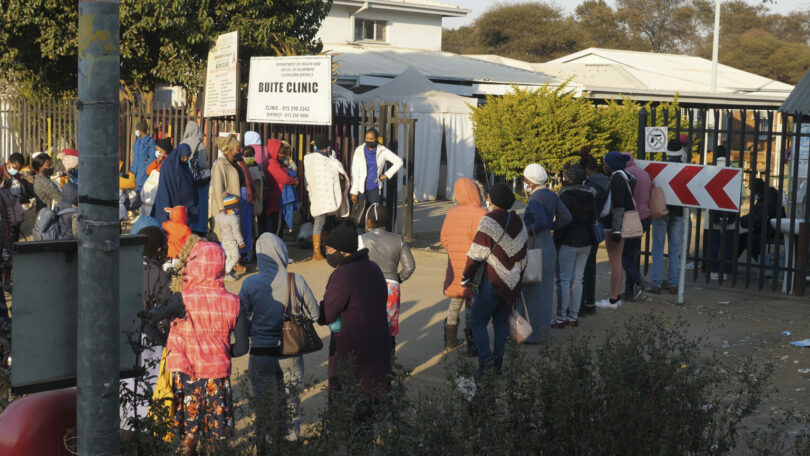 A report issued by a community-led monitoring group found that public health facilities in Limpopo face a multitude of challenges, including a shortage of medicine, long waiting times and dilapidated infrastructure.

A lack of medicine, long waiting times, poor infrastructures and a high rate of new HIV infections are among the challenges currently faced by the Limpopo Provincial Department of Health as detailed in a new report compiled by civil organisations monitoring the provision of health services in South Africa.

The report, which was compiled between April and June this year by Ritshidze, a community-led monitoring system developed by civil organisations representing people who are living with HIV, paints a dire picture of the state of public health services in the province.

According to the Ritshidze report, patients seeking healthcare services from public health facilities in Limpopo are forced to wait for hours before they are attended to by health officials on duty.

“Long waiting times are a major challenge in Limpopo where public healthcare users often spend hours during each visit to the clinic. This simply does not work well for most people, particularly working people and those who attend school. Having people living with HIV spend an extended time at a clinic, simply to collect ART refills, increases the risk of that person disengaging from care,” stated the report.

“In Limpopo, public healthcare users reported that they spent an average of 5.58% waiting at the facility. The average was five hours or more at four of those clinics, and four hours or more at nine clinics. This is a very long time to spend at a facility where patients are usually only seen for a very short visit.”

Monitoring by Ritshidze takes place on a quarterly basis at 400 clinic and community healthcare centres across 27 districts, in eight provinces in South Africa, which includes 17 facilities in Limpopo.

The report also stated that Limpopo is faced with a high rate of new HIV infections, while people who are already living with HIV are often being mistreated when they visit public health facilities to seek medical attention or to collect their medications.

“Amongst other challenges, the rate of new HIV infection is far too high, and far too often people on ARVs disengage from care. This reality is being fuelled by multiple, systemic failures in the health system. People wait for hours to be seen, only to be sent home empty handed or without all the medicines they need,” said the report.

“People living with HIV are at times shouted at for missing appointments or sent to the back of the queue when they return. In some cases, the status of people with HIV has been disclosed without consent.”

According to the World Health Organisation (WHO), people living with HIV encounter many forms of stigma and discrimination while seeking care at health facilities – the very places that should be their first line of support.

The Ritshidze report stated that 91% of people who are living with HIV in Limpopo know their status, but only about 73% of those are on HIV treatment and only 87% are virally suppressed.

“Using community-led monitoring data collected by Ritshidze, at 17 health facilities across three districts in Limpopo, we outline several challenges that contribute to the province falling short of reaching these targets, including: long waiting times and staff shortages, stockouts and shortages of medicines, short supplies of ARVs and too few people using external pick-up points and unfriendly services,” said the report.

Key populations are disproportionately affected by HIV + face much discrimination when trying to access services. KPs must be able to access friendly services that meet their specific needs in order for us to reach the 95-95-95 targets @PEPFAR @HealthLimpopo #LimpopoHealth pic.twitter.com/EB7jkvBQsS

Public healthcare facilities in Limpopo are also marred with shortages of essential medicines, which includes vaccines and contraceptives, resulting in patients often being sent home empty handed or given alternative medication.

In July this year, Health-e News reported that public health facilities in Limpopo were faced with shortages of two types of injectable contraceptives, namely Dep-Provera and Noristrate. They were also experiencing shortages of essential childhood vaccines, which are given to babies at nine and 18 months.

According to the report, about 26% of clinics in Limpopo are in poor condition in terms of infrastructure, as they are old and some are poorly maintained.

“Out of 17 clinics assessed, 78% of the facility managers we spoke to reported needing more space, with 100% in Capricorn, 75% in Vhembe and 60% in Mopani. Most sites needing space were in Capricorn (five facilities) and Vhembe (five facilities). Waiting space for patients and rooms for medical care were the most common things facility managers needed extra space for,” said the report.

The report indicated that inadequate space impacts patients in multiple ways, as a lack of space for HIV counselling and testing can lead to people who are living with HIV being consulted, tested or counselled in room with other people or facing other privacy violations that can lead to them disengaging from care. – Health-e News