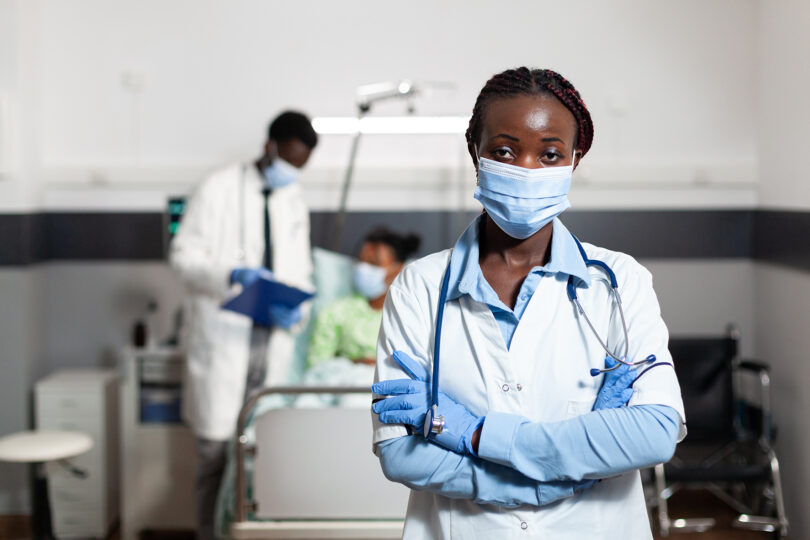 The Limpopo Health Department said they are working hard to rectify the accreditation debacle which threatens to cripple nursing in Limpopo even further. (Photo: Freepik)

Limpopo’s already severe shortage of nursing staff could become critical as the Limpopo Nursing College risks losing its accreditation after failing to admit new trainees for the past two years.

With no new recruits coming out of the Limpopo Nursing College, the number of nurses in the province is rapidly dwindling, adding to the already serious nursing staff shortage.

For the past two years, no new trainees have been enrolled at the Limpopo Nursing College and this hiatus has threatened the college’s accreditation from the South African Nursing Council. This has also added to the existing nursing staff shortage at Limpopo’s 31 hospitals and nearly 400 clinics.

In a desperate attempt to save the college from possibly losing its accreditation, members of the Portfolio Committee on Health in the Limpopo Legislature visited college campuses in Giyani, Thohoyandou, Sovenga and Mokopane.

According to portfolio committee chairperson Joshua Matlou, there has been no intake of nursing students this academic year due to the phasing out of the previous four-year curriculum (R425) and the introduction of the new three-year curriculum (R171).

If the roll out of the new three-year diploma (R171 curriculum) was not fast-tracked, not only would the college risk losing its accreditation, but teaching staff could lose their accreditation to teach.

“The committee has thus resolved to meet up with the central college executive to find a solution to the looming catastrophe of losing our white-uniformed army,” said Matlou.

“The accreditation issue [of the nursing college] stems from the fact that, due to financial difficulties, we have not been able to accept new students into the course that we are newly-accredited for. We are now working on rectifying it,” said Shikwambana.

He added that there were nurses who had been trained by the department, but released for deployment at private facilities and other provinces, because the department could not employ them.

Shikwambana also explained that the department recruited retired nursing staff for specific reasons. “When we recruit retired nurses, it is on the basis that we are looking for certain skills, experience and abilities,” he said.

However, National Education, Health and Allied Workers’ Union (NEHAWU) provincial secretary Moses Maubane said that for long the union has been cautioning the department to ensure that training of new nurses and the employment of nurses and other staff members at facilities should be a priority.

“But obviously our pleas and demands have fallen on deaf ears. Here is a department of health hiring retired nurses because there are shortages in hospitals and clinics.

“Why hire a retiree? This person was obviously feeling tired or burnt out when she or he opted for retirement. When bringing such people back, you cannot expect quality work in accordance with standards,” Maubane said.

Meanwhile, the recently-released Ritshidze report, compiled jointly by several civil society organisations after monitoring 17 health institutions, found that 70% of patients interviewed complained of not having enough staff at these facilities.

Almost all (94%) of managers at the same facilities also said they do not have enough staff, and 30 unfilled vacancies were reported.

“According to the facility managers, the most commonly understaffed cadres were professional nurses, enrolled nurses, pharmacists and cleaners. This varied across districts. For example, Capricorn and Vhembe were facing greater shortages of nurses with professional nurse shortages reported at 62% of sites in Vhembe and at 100% in Capricorn and enrolled nurse shortages were reported at 75% of sites in Vhembe and 40% in Capricorn,” the report read.

The report noted that understaffing at clinics was leading to the overburdening of healthcare workers, resulting in longer patient waiting times, limited time by healthcare givers to attend to patients and, at times, bad attitudes.

It also linked these factors to the province attaining only 73% of people living with HIV who know their status and are on treatment, short of the UNAIDS target of 95%.

The Ritshidze report compilers recommend, amongst other things, that by February 2022 the Limpopo Department of Health should fill 80% of vacancies and fill the remaining 20% by August 2022.

Two nurses spoke to Health-e News about the conditions they are working under in the province’s public health sector.

“I have seen the good and the bad in the more than 30 years as a nurse. I am seeing a really bad situation now and I will take early pension, because I can’t stand this pressure,” said Jacqueline Modiba* (51) who is a nurse working in one of the clinics in Seshego township.

“We are only two professional nurses here, because the other two were redeployed to other facilities as COVID-19 continues to rage. I must leave in two months from now because, under pressure, I may become a danger to patients and to myself.”

Jim Mongalo* (31), an enrolled nurse from Mapela, in Mokopane, said: “I have high hopes to develop my career and become a midwife. However, if this problem of shortages and working under pressure continues, I will have to look to other provinces that offer training. I know COVID-19 is threatening all of us, but nurses, like soldiers and police officers, embrace risks as part of the job.”

No intake of trainees

Democratic Nursing Organisation of South Africa (DENOSA) provincial secretary Jacob Molepo told Health-e News the biggest concern was that while the nursing college received provisional accreditation to train nurses for the new three-year diploma, there has been no intake of trainees.

“There has been no intake of new trainees in each of the five campuses last year and this year. This means that the production of nurses has virtually grounded to halt, while the situation is already bad at clinics and hospitals.

“The province used to have 17 300 nurses some few years back. But now, with the loss of more than 100 nurses every year – some going on pension, some resigning or migrating to other provinces, or joining the private sector, and others on sick leave or succumbing to illnesses, the number of active nurses is in a downward spiral. The department cites budgetary constraints for the vacancies and says it will continue training on campuses,” he said.

DENOSA also accused the provincial department of health of failing to employ nursing graduates since 2019, creating a desperate situation.

“What the department does now, starting from 2020, is to hire new nurses on six-month contracts, but this is not helping. Most of them leave before the end of their contracts for secure jobs in the private sectors and public sector in other provinces,” he said.

Democratic Alliance (DA) provincial spokesperson on health and member of the Limpopo Provincial Legislature Rashim Maharaj said in a statement that the DA wrote to health MEC Phophi Ramathuba seeking clarity on the plethora of issues at the Limpopo Nursing College.

The DA in Limpopo has written to MEC for Health, Phophi Ramathuba, to get clarity on plans to address the plethora of issues at the Limpopo College of Nursing.https://t.co/IWBYIoal5L pic.twitter.com/V8nOw8RfGB

He added that the college has a vacancy rate of 74% across core and support staff with only 257 posts filled out of a total 995 posts (738 vacant posts).

“The position of principal of the college has been vacant since 2013, while the vice principal posts for Sovenga and Thohoyandou campuses have been vacant for over six years,” he said.

According to the DA’s statement, there are no drivers at all of the five campuses of the college and in most cases the campus managers have to improvise. There is also a shortage of staff in finance, human resources, supply chain and procurement.

“In all the campuses, more than 75% of the budget goes towards compensation of employees, leaving almost nothing for goods and services,” added Maharaj.

Limpopo Health Department has not responded to queries about the DA’s claims at the time of publication. – Health-e News