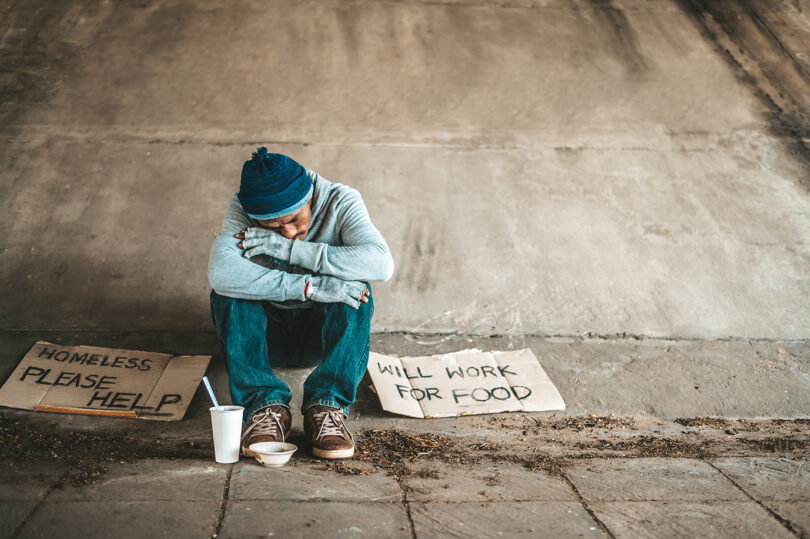 South Africa's unemployment rate has increased by 1.8 percentage points to 34.4% in the second quarter of 2021. (Photo: Freepik)

Young people in South Africa have been particularly hard hit by the country’s spiralling unemployment rate, with many turning to substance abuse and developing depression as they see no way out of their situation.

Millions of young South Africans are currently struggling to find employment, despite months and even years of searching, and joblessness has been linked to health problems such as depression, suicide and substance abuse.

“Honestly, being unemployed is depressing, especially waking up in the morning and knowing well that there is nothing you can do. All I do is to wonder where I’m going to get my next cent,” said 29-years-old Matome Charles Rasekgala.

Not being able to find a job has left him depressed, with no hope of finding employment, despite holding a bachelor’s degree, a computer diploma, a driver’s licence and a security certificate.

“I have been unemployed for two years and eight months now, since completing a Bachelor of Arts in Development Studies degree at the University of Venda. I feel like unemployment in our country is a pandemic on its own and it is very depressing. There is no hope for a better tomorrow. Those who have had jobs previously are now also being retrenched in huge numbers,” said Rasekgala.

“This not only hurts me, but also frustrates my family. When I graduated, they had high hopes that things would change for the better. My mom is mentally ill and as a family we now all dependent on her grant.”

Speaking to Health-e News, Polokwane-based clinical psychologist Mudzunga Mathivha explained that young people who are without jobs might suffer from stress, which can escalate to depression.

According to Statistics South Africa’s Quarterly Labour Force Survey, the unemployment rate has increased by 1.8 percentage points to 34.4% in the second quarter of 2021, compared to the first quarter.

“Approximately 3.4 million (33%) out of 10.2 million young people aged 15-24 years were not in employment, education or training. And youth aged 15-34 years recorded the highest unemployment rates of 64.4% and 42.9%, respectively. While the unemployment rate among the black African (38.2%) population group remains higher than the national average and other population groups,” state the report.

“When a young person is struggling to find employment, despite applying for a job, mentally, such a person can end up being depressed, have difficulty sleeping, lose focus in life and might want to be alone most of the time. Some might even contemplate suicide, believing that it is the only solution,” said Mathivha.

According to her, when the struggle to find employment for young people persists, they often battle to cope mentally and might end up losing faith that things will change.

“It can start as normal stress, but as time goes on and the struggle to find employment continues, young people tend to lose faith that one day things will change for the better. As time goes on and that person does not receive any form of help, they might start to show severe symptoms of stress such as exhaustion or trouble sleeping, high blood pressure, headaches and others, as they always tend to worry about what the future and this can also lead to depression,” said Mathivha.

The Heart and Stroke Foundation South Africa describes stress as a normal physiological response to “dangerous” situations and therefore often beneficial. In fact, most people need a little bit of stress to keep their lives interesting, but stress becomes unhealthy when it is excessive, chronic and managed poorly.

Mathivha said that due to overwhelming stress that young people face because of unemployment they often end up making serious life choices such as turning to drugs and alcohol to forget the harsh reality they are faced with.

“Many young people are turning to substances such as alcohol and drugs as a solution to forget about the challenges they face due to being unemployed. They tend to use the little money they might have to purchase these substances. However, engaging in such behaviour does not solve their challenges as substance abuse only worsens the situation,” she said.

“By engaging in drugs and alcohol abuse to escape the reality they are faced with often leads to also engaging in criminal activities to raise money to fund their newly-found habits, which only worsens the situation caused by being unemployed.”

According to the World Health Organisation (WHO), substance abuse refers to the harmful or hazardous use of psychoactive substances, including alcohol and illicit drugs. One of the key impacts of illicit drug use on society is the negative health consequences. While drug use also puts a heavy financial burden on individuals, families and society.

When I look on the political leadership landscape we have few brains that can help us turn around our fortunes.

Instead of engaging in substance abuse to escape their troubles, Mathivha said young people who are struggling with unemployment can protect their mental wellness by focusing more on positive and productive things such as starting a business, no matter how small.

“There is a temporary solution that young people who facing the stress of looking for employment can turn to, which is finding part-time jobs or starting a small business, no matter how small it is, to keep themselves busy. Even selling sweets in the street or from your home is a business and it can help you to stay focused while waiting for employment,” said Mathivha.

Rasekgala told Health-e News that due to being unemployed he sometimes feels useless to his family, even though they are very supportive.

“Sometimes I feel useless as I cannot even provide for myself and, having to go through such this situation with the qualifications which I have acquired with hopes of changing my life, makes it even more painful. Mentally, I am trying to remain strong, but it is not easy. Fortunately, I have friends and family members who are very supportive,” said Rasekgala.

Godfrey Munyai* (31), from Vuwani outside Thohoyandou, who holds a degree in media studies from the University of Venda, has never been formally employed since completing his tertiary studies in 2014 and finds solace in alcohol.

“To be honest, I have lost all hope that one day I will find a job. I have even given up on applying for jobs and all this has turned me into an alcoholic as whenever I find money from part-time jobs, such as washing cars, I spend it all on buying alcohol. Being drunk helps me to forget about my problems,” said Munyai.

“When I completed my degree, I had high hopes of finding employment, but things never worked out and as years went on, I started looking for any type of jobs, but still there is nothing and it is so stressful being young and unemployed.” – Health-e News

*  Not his real name