Home » World Suicide Prevention Day: Help is around the corner 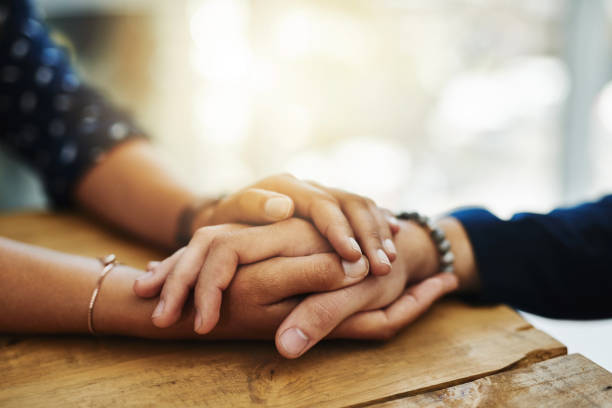 As South Africans mark World Suicide Prevention Day, experts warn that many people who suffer from mental health issues either don’t know where to get help, or refuse to do so due to stigma.

Every day, thousands of South Africans feel overwhelmed, desperate and unable to cope with life, yet many have no access to mental healthcare or are unaware where to seek help, while the stigma attached to mental health issues prevent some from seeking assistance until it’s too late.

Statistics reveal that there are an estimated 23 suicides per day in South Africa and for every one of them there are at least 230 attempted suicides.

Today (10 September), marks World Suicide Prevention Day, aimed at promoting worldwide commitment and action to prevent suicides, which has been commemorated since 2003.

In Botshabelo, in the Free State, the day is observed in remembrance of 19-year-old Thabiso Modiko, who hanged himself after failing matric last year. Civic organisation Centre for Morals and Values (CMV) is touring 12 high schools in the Botshabelo area to raise awareness among pupils about the dangers suicidal thoughts and where to seek help for depression.

CMV facilitator James Mbangula told Health-e News: “We are working together with the Modiko family that lost their son to suicide. We are here to talk to pupils and encourage them as they head into final exams and we are appealing to them to support and help one another.”

Thabiso’s father, Dan Modiko, is sharing with learners how his son’s death affected the family and said it is his responsibility to help others who may be contemplating suicide.

“We had hoped to enrol him at university if he had passed. It was painful to lose him, especially to suicide, and it still hurts because we had no answers except for his note that said: ‘I’m sorry’. I thank CMV for all their help and decided to join them to encourage other pupils from his former school not to resort to ending their lives when things seem difficult,” he said.

10 Sep is World Suicide Prevention Day.
According to SADAG, in South Africa, there are approximately 23 suicides recorded and 230 serious attempts, per day.
If you find yourself in a challenging emotional situation, reach out to a friend, a trained counsellor or a crisis line.

“It’s very important for parents to be aware of what their kids are going through, especially when they are not well. This can get them the help they need. As a family, we are hurt by the fact that we did not know if our boy was in trouble or sick, but we later concluded he killed himself after failing matric.”

By this time last year, the Free State recorded 51 suicides, but the figure is down to 33 this year, according to the provincial Department of Health.

Psychologist Diana Dichabe said: “What I have seen in my practice is that people are suffering from depression, but many suffer in silence. They don’t have anyone to talk to and no one understands what’s happening. We cannot shy away from the fact that is mental health is stigmatised and people don’t talk about issues. The pandemic has caused a lot of anxiety and depression and people are feeling lonely due to lockdown and some feel that their lives have stopped. That impacts on a lot of people’s psychological functioning and well-being.”

The South African Depression and Anxiety Group (SADAG) operates the country’s only suicide crisis helpline and receives hundreds of calls a day from people who feel that suicide is the only solution.

Cassey Chambers, SADAG’s operations director, said: “Suicide is still a very taboo topic in our society – no one wants to talk about it, no one knows how to talk about it, and parents don’t want to talk to their children about it in case it ‘plants ideas’. However, suicide is a very real issue in South Africa and we see this by the increasing number of calls we receive every day to the suicide helpline from people all over the country.”

A significant number of people who contemplate suicide experience anxiety, depression, hopelessness and may feel that there is no other option. Talking about or threatening suicide may be a desperate cry for help. SADAG urges families, parents, loved ones and colleagues to take every mention of suicide, threat or attempt seriously.

Psychiatrist and psychologist Dr Frans Korb said that over 75% of people who die by suicide tell someone first – it is so important to know the warning signs when someone needs urgent help.

“It is important to change the narrative around suicide, to address the stigma around it. We need to change the way we talk about it. We should no longer say: ‘so-and-so has committed suicide’, as there is a major problem with using the word ‘committed’.  Dying by suicide is not a crime, so you cannot commit suicide. Depression, which we know to be the leading cause of suicide, is not a crime. Rather say ‘died by suicide’, ‘death by suicide’ or use the new international term of ‘suicided’.”

Majority of callers to the SADAG helpline are female, however, globally men are more likely to commit suicide than women.