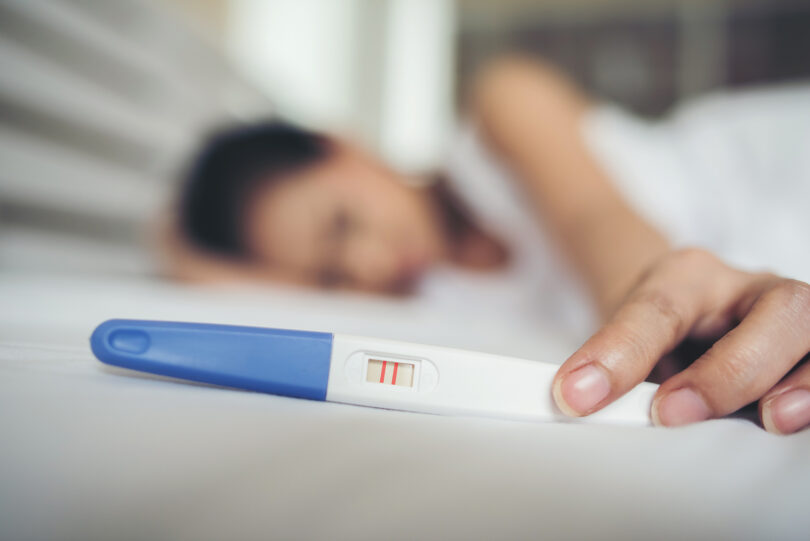 Over 200 young girls in the Free State, aged between 10 and 14, have fallen pregnant during the first quarter of 2021. (Photo: Freepik)

In what has been labelled a ‘disaster’, a director of an NGO in the Free State is fuming following the release of HIV and pregnancy statistics which reveals a shocking new trend in the number of HIV infections and pregnancies among adolescent girls.

The numbers aren’t a pretty sight with the province having recorded 1 300 new HIV infections; over 200 pregnancies of girls aged between 10 and 14; and more than 1 500 girls between 15 and 19 have given birth during the first quarter of 2021.

James Mbangula, who runs the ‘Centre for Morals and Values’ in Manguang, has blasted laws which basically handcuff parents when it comes to disciplining their children. He also blamed government and irresponsible men for infecting teens with HIV and impregnating them.

“The people have lost all their morals and they don’t have values. Men, old enough to be their fathers, are sleeping with young girls,” said Mbangula.

He also blamed the ‘Blesser & Blessee’ trend for contributing to the increase of infections and pregnancies.

Mbangula hopes the Department of Basic Education’s (DBE) draft policy on how to prevent teen pregnancies tabled by Dr Granville Whittle, deputy director-general, in parliament, will allow law enforcement and parents to carry out their roles.

“This policy is enough to have law enforcement officials arrest all sexual culprits who carry on infecting and impregnating teenagers every week,” said Mbangula.

Whittle said the policy would guide how the department prevented and managed learner pregnancies, in future.

Angie Motshekga wants parents to reconsider objections to sex ed in schools: Following an increase in teenage pregnancies, Angie Motshekga said the basic education department and its stakeholders would intensify the implementation of the CSE, which aims… https://t.co/JFVndGK1dB

Earlier this year, Mbangula’s organisation held educational talks with young girls at various schools in conjunction with other NGOs.

Kutlwano Mokoena, an ambassador and facilitator, was infected with HIV when she was just 13 years old. She said young girls are often raped due to dire situations at home.

“When I got HIV, I had become a slave for a man who gave me money for food. I eventually realised that I needed to get help as well as help others,” she said.

Mokoena believes the high infection rate can go down if government and civil society work together.

“There are young girls at the taverns every weekend who are being used by older men. They get infected with HIV or fall pregnant,” said Mokoena.

Matebello Moletsane, 45, is a mother of two girls who was willing to share her daughter’s ordeal with Health-e News.

“We found out three years ago that my now 17-year-old daughter was pregnant after starting to sleep out. One day, as I was going through her clinic book, I discovered she was pregnant. I had a lengthy conversation with her before she finally admitted who she had slept with. This person is double my daughter’s age and has other kids,” said Moletsane.

She added in frustration: “We are barred from lashing our kids and are left with nothing to raise them well.”

According to Whittle’s draft policy, teenage pregnancy increased by 30%  between April 2020 and March 2021 due to the COVID-19 pandemic.

Poverty, rape, gaps in Comprehensive Sexuality Education (CSE), and school dropouts are among the culprits adding to the spike.

“Girls are four times more likely to be impacted or affected by HIV compared to boys. 46% of sexual abuse complaints in South Africa are children. 15.1% of all the girls experience rape, sexual harassment, verbal abuse or bullying in schools,” said Whittle.

Whittle told Parliament that the numbers are alarming and situation requires immediate action and solutions. He said most of these pregnancies and HIV rates are due to statutory rape.

“We want to work with schools and school principals to ensure that the cases are reported, investigated and the perpetrators are brought to book. Often these girls are raped by older men and that’s why they fall pregnant,” Whittle said.

The department said keeping girls in school has proven to be one of the tools to prevent teen pregnancy as well as educating adolescent girls on sex, sexuality, and HIV.

He said it was crucial that girls remained in school for as long as possible and that they should be encouraged to continue with classes after having their baby.

“It’s important that when children fall pregnant and have given birth, that they are returned to school because if they don’t, they’re likely to have multiple pregnancies,” Whittle said.

The DBE is expecting Cabinet to approve the policy soon. – Health-e News