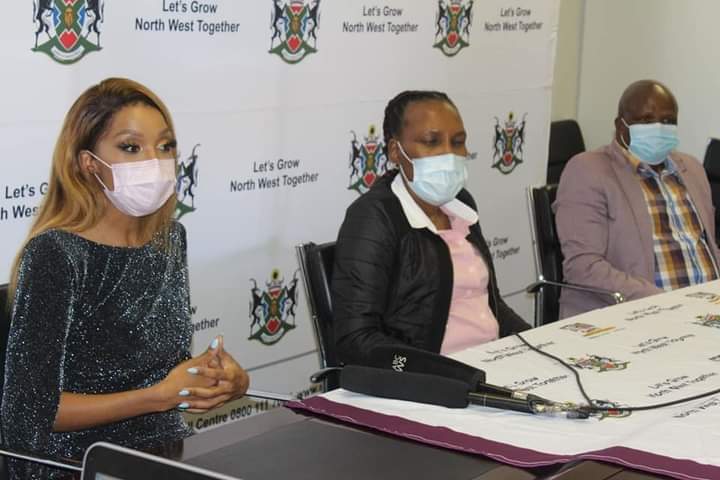 Dr Thato Mosehle said it was an honour to be appointed as the NW COVID-19 vaccine ambassador and can't wait to hit the ground running. (Photo: Facebook)

From flying the South African flag high on the international pageant stage to stepping into the COVID-19 battle, Dr Thato Mosehle has been appointed as the lead ambassador for the North West Province’s vaccine rollout program.

International beauty pageant titleholder Dr Thato Mosehle had been appointed by the North West Provincial Government as one of the influencers who will help to drive positive messages around the COVID-19 vaccine among communities in the province.

The announcement was made during a media briefing hosted by North West Acting Premier Motlalepula Rosho and health MEC Madoda Sambatha, who provided an update on the province’s vaccination rollout campaign.

Sambatha stated that they were appointing Mosehle as an ambassador due to the fact that she is already an employee of the department and due to her public relations (PR) attributes as an influencer and ambassador.

She flew the South African flag so gracefully, I'm so proud😍🇿🇦 pic.twitter.com/CstGve52jc

Mosehle is currently doing her community service in Klerksdorp, at the Tshepong Hospital Complex and said she is eager and ready to be at the forefront of the COVID-19 battle in the province.

She said it is an honour to be part of the province’s COVID-19 vaccine campaign and that she always wanted to be on the ground, doing the actual work.

Not taking it lightly

“It’s such an honour to be part of this program. I thought I was just going to continue doing my social media initiative, but to be on the ground is where I wanted to be and I know the province will help me as far as possible, with reaching places where information can be distorted,” said Mosehle.

“Thank you honourable MEC and honourable premier for this opportunity, I don’t take it lightly,” she added. – Health-e News