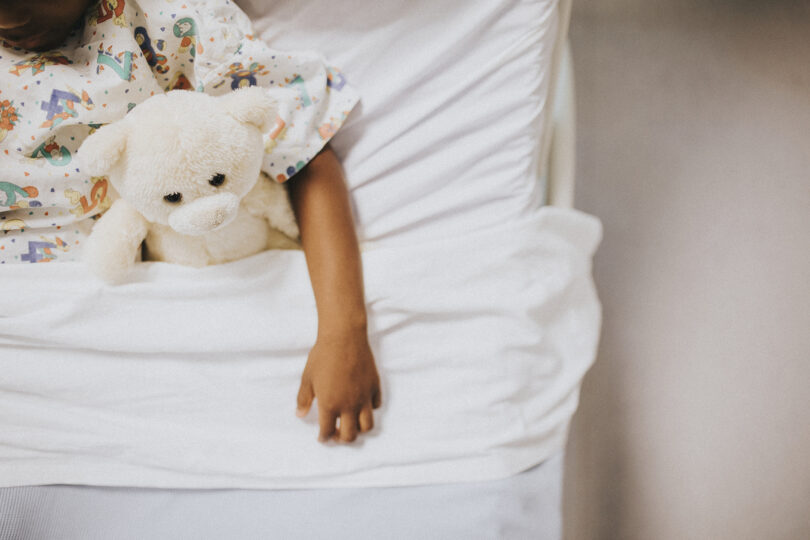 With Bone Marrow Stem Cell Donation & Leukaemia Awareness Month observed each year from 15 August to 15 October, the spotlight has been placed on people of colour living with cancer who face devastating consequences due to the low numbers of registered Black stem cell donors.

Nine year old Orelokame Sehlaru from the Northern Cape, is known to his family and loved ones as a fun-loving child who is crazy about jumping castles and birthday parties.

But if he doesn’t receive a blood stem cell transplant as soon as possible, he may not see another birthday.

He was diagnosed with Fanconi anemia in 2016 at the age of four. It is a rare disease passed down through families and mainly affects the bone marrow. It results in decreased production of all types of blood cells and is the most common form of inherited aplastic anemia.

“Oreokame has overcome and towered over many of his challenges since his diagnosis in 2016. He frequented the hospital for most of his life. Unlike most children, he only got to spend his first real birthday at home at the age of seven. Five years and numerous intensive treatments later, his doctors have confirmed that he is currently transfusion dependent and desperately needs a life-saving blood stem cell transplant,” said a family member.

I can personally relate: If you are Black, diagnosed with Leukemia that needs bone marrow (stem cell) transplant, you are in trouble. You will need a miracle to find a match because we are not signing up as donors. The global registry needs us. Read about it in @mailandguardian pic.twitter.com/1TiqXI5VRR

His family told Health-e News that they cannot give a date by when the transplant is needed other than that it is urgent and should happen as soon as a donor becomes available.

Finding a suitable match is a mammoth task. The Sehlaru family has been tested and they are not a match for him meaning Oreokame will have to rely on an unrelated donor match.

They, together with DKMS Africa – a donor recruitment centre and stem cell registry – formerly known as the Sunflower fund, have urged the South African community to rally around their son. Their wish is not only for him to survive, but to thrive and live a life that is healthy and full.

According to the South African Bone Marrow Registry (SABMR), 60% of cancer deaths are among Black South Africans, while only 10% are registered as stem cell donors.

Each year, an estimated 3 762 new cases of blood disorders, such as leukaemia and lymphoma occur in South Africa. For most patients, the best chance of a cure is a bone marrow transplant, also termed a stem cell transplant.

“Only about 2.8% of black leukaemia patients who require a stem cell transplant and haven’t secured a match within their family, are lucky enough to find an unrelated donor match. Sadly, the remainder go without a transplant and eventually succumb to the disease. Some of them are still babies,” said Jane Ward, SABMR’s Deputy Director.

Despite the SABMR having access to the World Bone Marrow Donor Registry (WDMA) that has over 39 million registered donors, only a small percentage of them are Black.

“The lack of Black donors is a worldwide concern causing a serious under-representation of ethnic populations in the global donor pool. There are currently about 7 600 Black donors on our data base, only 1% more compared to four years ago. Finding a match is highest among donors of a patient’s own ethnic group,” added Ward.

The SABMR said that the likelihood of Black people finding a successful match is only 37%,  compared to patients of European descent whose chances are 72%.

SABMR cited medical mistrust and negative family or community influences as some of the reasons why there is such a low number of black people who are willing to be stem cell donors.

Other barriers to stem cell donation include cultural and religious beliefs, largely due to a misunderstanding of religious views and lack of correct information about the donation process and how it has the ability to save lives. There is also a popular myth that donating stem cells is a painful and costly process.

DKMS Africa Country Executive Director, Alana James, confirmed that it was rather a painless procedure.

According to DKMS, the chances of a patient finding a stem cell donor in their own ethnic group are 1 in 100 000. This possibility made narrower by the low number of people willing to get registered as donors.

“This appeal is critical as patients of colour are at a distinct disadvantage due to the low number of registered donors from Black, Coloured and Indian population groups in the global donor database. Anyone who is healthy and between the ages of 18 and 55 is eligible to register and become a stem cell donor,” said James.

To register as a donor is a quick and simple process which involves a non-invasive cheek swab. Once you have registered online, a swab kit is sent to you via courier and then collected when you have completed the process. – Health-e News