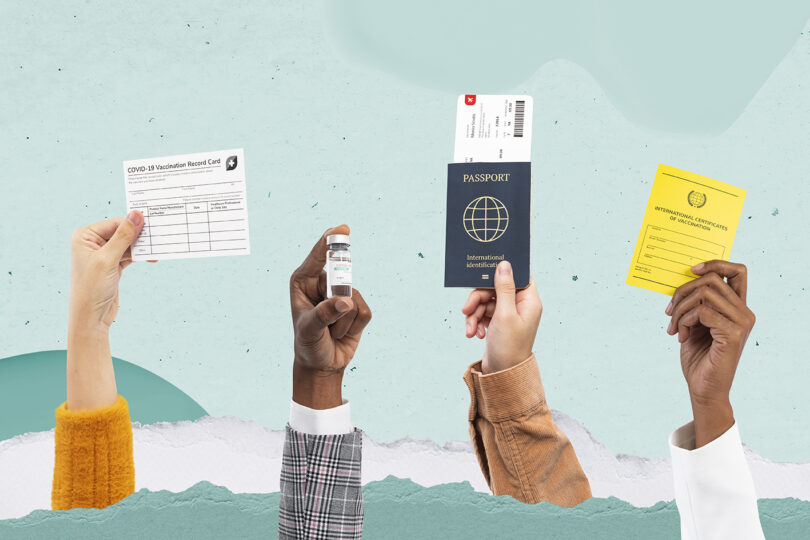 The national Health Department will soon recommend the introduction of vaccination certificates to the National Coronavirus Command Council (NCCC); a move which according to Health Minister, Dr Joe Phaahla, will “open up economic, social and religious activities”.

Speaking during the health department’s weekly COVID-19 update, Phaahla offered some clarity on the government’s stance on mandatory vaccination.

”I want to talk about this vaccination certificate issue because it is creating a lot of debate. The aim (of government) is not punish people but to protect each other. Government has not introduced mandatory vaccination and has chosen to rather leave that to the various individual organisations. We will not interfere,” said Phaahla.

Phaahla confirmed that they are working on a presentation which will be presented to the National Coronavirus Command Council in roughly 10 days.

We have all been using vaccination certificates (with barred entry to non-compliance) globally ever since mass travel. Only idiots don't know this. There is nothing new about it. As babies everyone has been getting vaccinated too. DUMBO MENTALITY SEEMS TO BE A VIRUS IN SA.

He added: “Government will only provide the necessary infrastructure to those organisations or institutions who want to introduce the certificates at their workplaces.”

Phaahla emphasised that not having a certificate won’t prevent people from accessing essential services such health and social services. Individuals, vaccinated or not, will still be able to receive treatment at clinics and hospitals as well social grants.

According to recent research led by Thailand’s Public Health Ministry and the National University of Singapore vaccine certificates can be a useful tool but policies around them should be holistic.

“By facilitating the resumption of travel and economic activities, they can play an essential role in domestic and global economic recovery. While the proposition of these instruments is attractive, countries must carefully design supporting policies … considering the potential costs and benefits of introducing such instruments. The idea is to alleviate—not aggravate—the effects of the virus,” noted the study.

Huge plus for economic, social and religious activity

”It is meant to open up economic, social and religious activity. For example, if about 80% of our population are vaccinated, it means that the economy will open up and sporting events and churches will not have restrictions as more people will be allowed to attend,” the health minister explained.

How will vaccination certificates work?

Explaining how vaccination certificates will work, he said a digital version will be sent to vaccinated individuals via their smartphones. Those who received the Pfizer vaccine, will have their first and second doses updated accordingly. For those without smartphones, printed versions will be available at vaccination sites.

Close to eight million South Africans have been fully vaccinated with more and more influential figures coming forward to promote having the jab. Phaahla said the government is hoping that at least 70% of the population will be vaccinated by Christmas.

He said if more people are vaccinated, the more likely restrictions will be eased and people will be able to return to their normal lives.

”We are making progress. The numbers are going down. We are succeeding in containing the pandemic even though the third wave has been long; about 120 days now. However, we are controlling its spread, and hospitalisations have gone down by 25% and the positivity rate by 9%.”

”We are getting to the level where the World Health Organisation has said it would safe to ease most restrictions,” said Phaalha, who urged KwaZulu-Natal and the Western Cape to speed up their vaccination efforts.

As far as the national COVID-19 vaccination rollout is concerned, Phaahla said his department remains focused on the vulnerable groups, those 50 years and older.

“We are aware of the pressure schools are facing, but for now, we want to cover the high risk group. By October, we hope to have covered at least half of the 50-plussers. It’s risky to be all over the place – vaccinating children and the elderly – let’s try and manage schools but focus on the main target group,” said Phaahla. – Health-e News