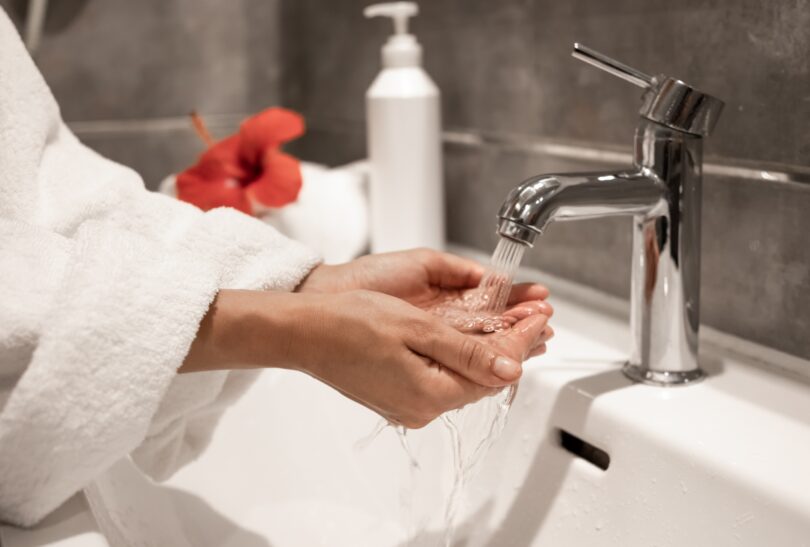 Residents of Nelson Mandela Bay (NMB) in the Eastern Cape have had to either dig deep into their pockets or take matters into their own hands after the water quality in the area was deemed unsafe.

Last week, authorities urged residents to bleach the water needed for drinking or cooking. It seems as if poor maintenance of water infrastructure, financial management, and a lack of water purification has led to a deterioration of the water quality.

Siphiwo Banzi, a mother of a four-month-old baby, said she was anxious about the impact the water could have on her son.

”Imagine I have to prepare formula milk for my baby and bathe him every day. I really don’t trust this water. Although I have to boil it first when preparing my child’s milk, it still remains brown.”

The family has resorted to buying bottled water to prepare the baby formula and for drinking and cooking. Five litres of bottled water costs upwards of R19.

“That’s another expense for us. My husband does not earn much. For bathing, I use a lot of Dettol to kill whatever gems are there,” said Banzi.

Municipal residents have been complaining about the water quality for at least three months. Authorities initially blamed the discolouration of the water on the drought currently affecting the region.

Although the municipality eventually tested the water it refused to make the results public. But the Democratic Alliance made a PAIA Act application forcing them to do so. The results revealed that the water in Nelson Mandela Bay was unsuitable for consumption. Authorities said it needed to be boiled first or Jik had to be added before consumption.

The Eastern Cape Health Department confirmed that 96 children under five had been treated in the metro for diarrhoea and dehydration.

Wagner said they could not confirm what led to the cases.

”We are not in a position to confirm what could have led to the cases, but generally, such infections happen when people consume water that has been contaminated with human or animal faeces. The matter has now been declared a crisis,” said Wagner.

”We have been receiving numerous calls from all over the metro from residents complaining. We have discovered that the problem emanated from one of our reservoirs which was converted into a water treatment facility. This was not a conventional way of water purification, but we did it to alleviate the water shortage we are currently experiencing due to the drought,” said Johnson.

The city’s water infrastructure is decaying. Some of it has been in use for the past 30 years with very little maintenance if any. Service delivery, which includes the provision of safe water, has been adversely affected by years of failing coalition governments.

There were also reports that a one-year-old child had died at a hospital in Kariega. But, authorities could not confirm the cause of death. NMB Metro Health Services General Manager, Darlene de Vos, said it is not easy to pinpoint an e.coli infection directly to contaminated water, suggesting it was more a case of poor hygiene.

According to the National Water Affairs Department, the metro’s water failed microbiological, disinfectant, and operational tests for portable water.

Metro Infrastructure and Engineering head, Joseph Tsatsire, said they are working hard to bring the situation under control.

“We are currently complying at 70% but we should be at 95%. We have now introduced regular water testing. Sludge, which accumulated at the bottom of one of our reservoirs which we had converted into a water treatment facility, was the main cause for the discolouring of the water. We are continuing to monitor the situation, but there is a great improvement,” said Tsatsire.

Mandla Mkuseli, 29 of Zwide, said that even boiled water has an aftertaste.

“This is really bad. This is sheer negligence on their part. Instead of their political bickering in council, they should make sure services, good services for that matter, are provided to residents,” said Mkuseli. – Health-e News