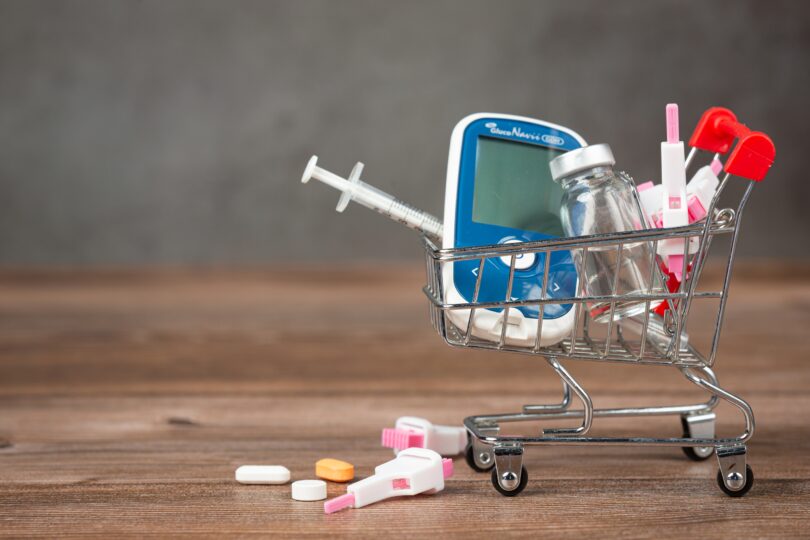 The South African Diabetes Advocacy wants sensor technology included as a Prescribed Minimum Benefit (PMB) for all those with Type 1 diabetes in SA. (Photo: Freepik)

In a bid to do away with outdated, painful finger sticks, the South African Diabetes Advocacy wants sensor technology made available for all those living with Type 1 diabetes.

The non-profit organisation (NPO) lodged an appeal with the Council for Medical Schemes (CMS) to include new non-invasive flash glucose sensor monitors as a Prescribed Minimum Benefit (PMB).

“We also have 47 pages of testimonials from people with Type 1 diabetes and from doctors who support this appeal. The petition is to show that we have public support too – over 6 000 people have signed it so far!” said McNulty.

“Living with Type 1 is exhausting,” explained McNulty, who has been living with this type of diabetes for 14 years.

She continued: “The constant attempts to balance blood sugar with insulin, exercise, hormones and daily life can sometimes feel impossible. There is something that makes it significantly easier, though – sensor technology.”

The SA Diabetes Advocacy is appealing for the use of flash glucose sensor technology. This allows people to do away with painful, outdated finger sticks and monitor 24-hour data of how their blood glucose responds to medication, diet, and exercise. It also helps them guard against terrifying emergency situations. McNulty added that the cheapest version of the sensor technology costs R990 per sensor and two sensors are required a month.

“There are two different kinds – a Continuous Glucose Monitor (CGM) that sends readings to your phone and a Flash Glucose Monitor (FGM) that you scan. The flash version is much cheaper, it’s called the FreeStyle Libre. That’s the one we’re asking to be covered as a PMB,” she said.

“A sensor, the size of a R5 coin, is inserted into your upper arm every two weeks and takes constant blood glucose readings, using interstitial fluid. You can scan your phone or a reader over the sensor at any stage to find out what your blood glucose is. It also provides 24-hour data and arrows to show if your blood glucose is stable.”

We're appealing to the Council for Medical Schemes (CMS) to make sensor technology a PMB for Type 1s in South Africa. Along with the appeal, we're submitting a petition – please sign! https://t.co/DtbqhuBdQ8 @ChangeorgSA #diabetes #diabeticsouthafricans pic.twitter.com/EKtMxxaCP4

A study, which included 187 children and adolescents aged between 13 and 19, looked at the effects of the flash glucose monitoring system on young Type 1 diabetes patients. It showed a decrease in the frequency of hypoglycemia and diabetes-related stress over 12 weeks in these patients. The frequency of glucose monitoring also showed an upswing and there was an improvement in related clinical parameters.

Tarryn Bartlett, from Cape Town, is a Type 1 diabetic who has had the opportunity to use the sensor technology. However, the cost of the technology is a heavy load to carry.

“I was diagnosed with Type 1 diabetes at the beginning of August 2021. Given my lifestyle, my family and I decided that having access to something like the flash glucose sensor would be hugely beneficial. It has been a big sacrifice to pay for this out-of-pocket. However, I know I need to use it to make the most out of the second chance at life I have been given since my diagnosis,” said Bartlett.

Barlett added how the sensor technology has allowed her to keep up to date with how her body is reacting and that it keeps her safe.

“The flash glucose sensor has been a game-changer and allows me to confidently continue to do what I love. When I Crossfit, I can use the sensor to monitor my glucose mid-workout and adjust my efforts accordingly. When I used finger sticks, I could only test before and after and then just cross my fingers that whatever happens in between is okay,” she said.

She continued: “I can keep a constant eye on my blood glucose levels by scanning my sensor while I am running. With finger sticks, I can only check when we take a proper break so that I have time to unpack my strips and device which can take time.”

Celeste Divall, from Pretoria, described that she was unable to rest when her son was first diagnosed. Besides constantly worrying about his well-being, she also hated pricking him to check on his glucose levels.

“My son was diagnosed at the age of 12 years in 2020. For three months I could not sleep because I was afraid he’d die. It was in the middle of the COVID-19 madness and the Grade 7s had to go back to school. How was I going to send him to school? To test by pricking his fingers during a pandemic and be hygienic at the same time,” said Divall.

“A child likes to play and not worry about blood glucose levels all the time. I was in a panic and a wreck… no sleep and endless worries. But, CGM sensors made the difference. For the first time in months, I could sleep. I had to learn to trust it but it exceeded all my expectations and I could sleep again. I knew I’d receive warnings if he goes too low or high. My son’s hand doesn’t look like a war zone anymore.”

Mmatsie Mpshane, Acting General Manager at CMS, explained that the flash glucose sensor is not PMB level of care owing to its cost-effectiveness following affordability studies.  He added that there is also a lack of proven improved health outcomes specific to the South African healthcare environment.

Mpshane said that the CMS does not consider an intervention’s rand value in determining whether or not it will receive PMB funding. However, its funding may be considered as PMB level of care on a case by case, based on patients receiving motivation letters from their healthcare providers.

Flash glucose monitors are the standard of care in many countries, including the United Kingdom, Israel and Australia. In South Africa, only one medical aid scheme offered some money towards it. However, it did not cover it in full as it’s not a prescribed minimum benefit. – Health-e News