Home » Contraception in SA: What you need to know 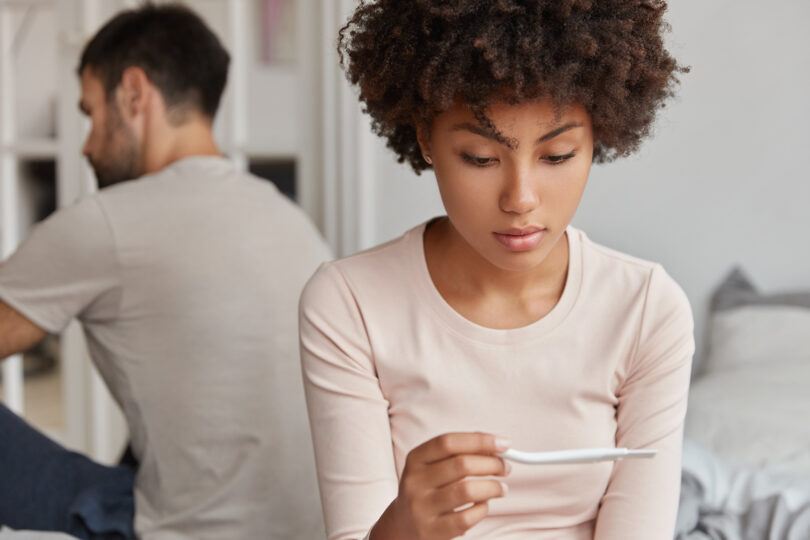 Despite the majority of women of reproductive age using contraception, there are many knowledge gaps. Here’s everything you need to know about contraception in South Africa.

Although the majority of South African women of reproductive age use contraception, research shows that access to information about contraceptive methods of their choice are still limited – especially for women in rural communities. This limited access to information has seen an alarming rise in young women seeking emergency options like the morning-after pill.

Health-e News takes a look at the current situation and examines the options available to young women. 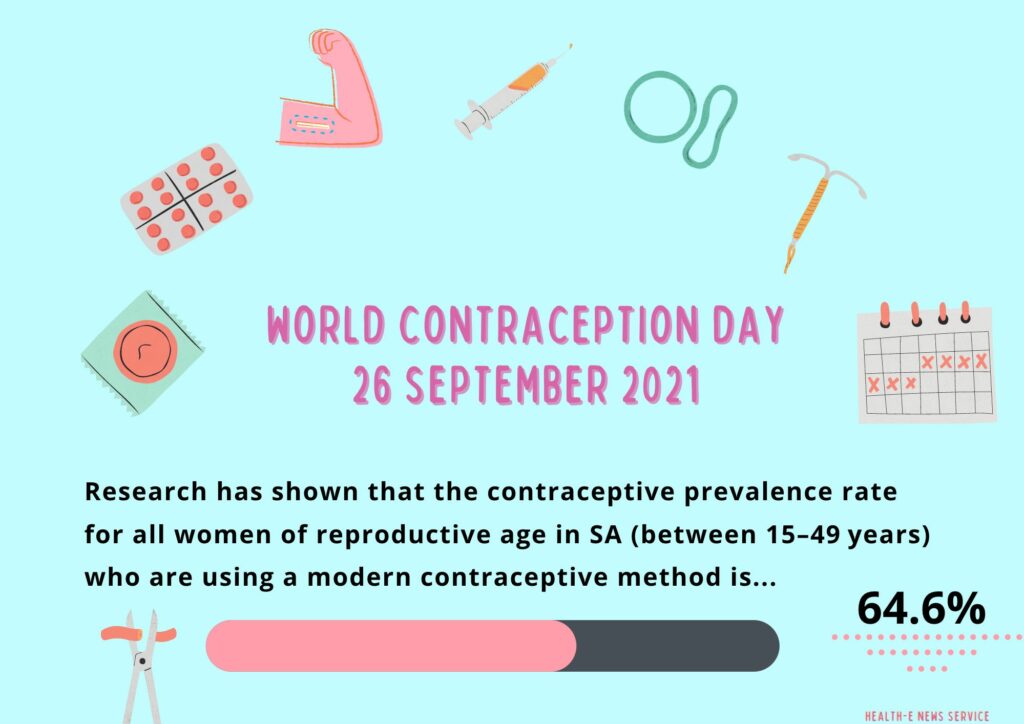 Without much access to information, women have turned to social media in the hope of finding answers to their many questions about contraception.

A pharmacist and healthcare consultant from the Eastern Cape, Lwanda Mkhatshane, used his experience as a pharmacist working in retail to set up a service where anyone can have online real-time access to healthcare and health information. The hashtag #AskLwanda has featured on social media platforms like Facebook, Twitter, Instagram. For those who don’t fancy social media, calls via Skype and messages via Whatsapp are available.

According to his website: “This already existing technology allows you, the client to speak to the pharmacist confidentially and in private. The pharmacist is ready to speak to and assist you with information regarding acute or chronic treatment, medicine side effects, contraindications, and other information. This convenient service only costs R20 per consultation.

Mkhatshane, known as the ‘pharmacist on call’, said it’s shocking how many women are seeking the morning-after pill and highlighted the importance of people taking up contraception as a choice and not as an emergency option.

He shared some of the common questions people ask him:

Here’s that thread on contraceptives.

I’ve focused on brand 🇿🇦 , price & who the method is for.

There’s no silver bullet. ❌
Choice depends on the patient. pic.twitter.com/DPzG3frVRg

The contraceptive prevalence rate among all South African women of reproductive age (15–49 years), who use a modern contraceptive method, is 64.6%, according to research published by BMC in 2019.

Although this percentage is relatively high, it overshadows the problem of quality contraceptive service delivery, equitable access and women’s ability to correctly and consistently use contraceptive methods of their choice. This is especially among young black women living in working class communities and rural areas according to the study.

To help explore women’s physical and sensory experiences of contraceptive methods, body mapping and group discussions were carried out by 57 women of reproductive age during the study.

Body mapping which can be defined as “the process of creating body-maps using drawing, painting, or other art-based techniques to visually represent aspects of people’s lives, their bodies and the world they live in,” – highlighted the need to address communication and knowledge gaps around the female reproductive system. 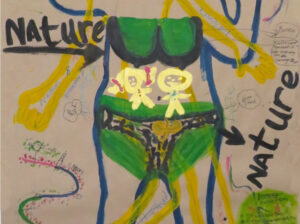 An example of body mapping and a contraceptive timeline. (Photo: Reproductive-health-journal)

While notable positive results have been seen in decreasing HIV prevalence among young people, this age group continues to face numerous health problems which can be attributed to the lack of broad systemic changes; paucity of in-depth analysis of AYFS programming and implementation; and poor utilisation of health services by adolescents and young people.

As a result, the government and department of health, in collaboration with UNICEF and UNFPA, commissioned a rapid assessment of adolescents and youth friendly services (AYFS) in all nine provinces of the country in April 2017. It offered a range of services to the youth, with primary healthcare facilities in some provinces placing peer educators in clinics to assist young people.

Another BMC research study found that: Facilities had the essential components for general service delivery in place, but adolescent-specific service provision was lacking. AYFS is a government priority, but additional support for facilities is needed to achieve the agreed standards. Meeting these standards could make a major contribution to securing adolescents’ health, especially in preventing unintended pregnancies and HIV as well as improving psycho-social management.” 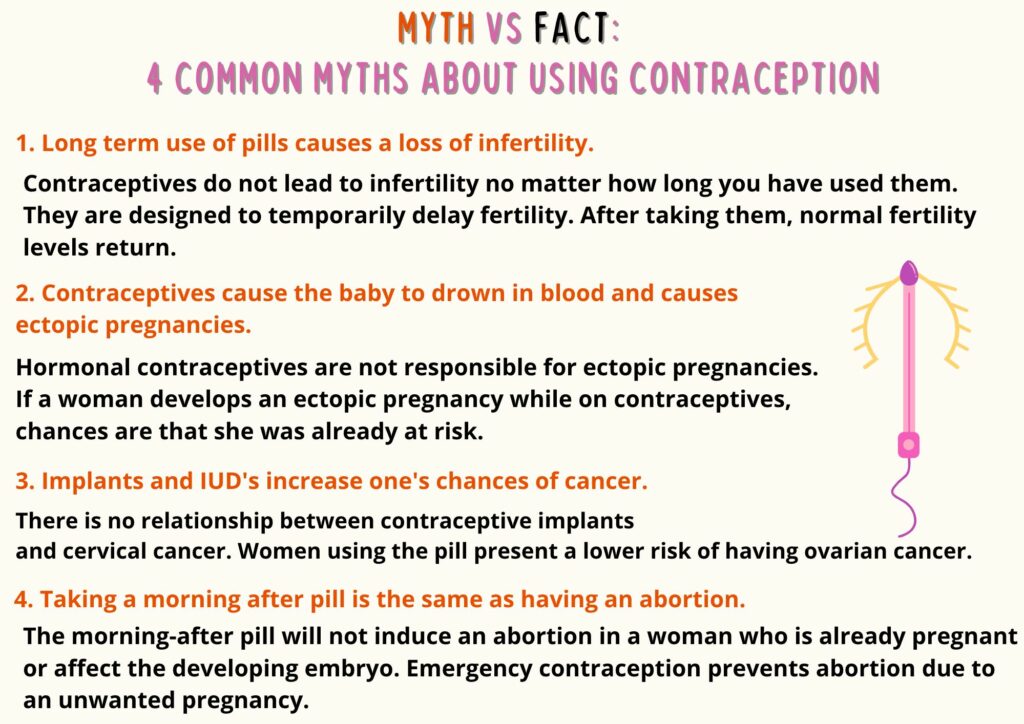 The study concluded that there is an urgent need to address the communication and knowledge gaps around the female reproductive anatomy, different contraceptive methods, how contraception works to prevent a pregnancy, underscored by the influence of wider social networks and local language.

“Overall, women have limited biomedical knowledge of the female reproductive anatomy, conception, fertility and how contraceptives worked, which seemed to be compounded by a lack of contraceptive counselling and support from healthcare providers. Body map images foregrounded existing local perceptions and reproductive health knowledge. Most women located where the baby develops to be outside of the uterus, in the abdomen, and often relied on the local vernacular when labelling the reproductive organs using words such as ‘mouse’ and ‘cupcake’ for the vagina,” the BMC research found.

“Women, including younger women, identified sexual and reproductive health knowledge gaps themselves and identified these gaps as important factors that influenced uptake and effective contraceptive use. These knowledge gaps were overwhelmingly linked to poor or absent communication and counselling provided by the healthcare services.”

Types of contraception available in SA

There are six different kinds of hormonal contraception methods available to women in South Africa. All of these forms of contraception are available for free at public hospitals but stockouts remain a problem.

Health-e News reported on the contraceptives shortage in July which plagued parts of South Africa, particularly Limpopo. The ongoing COVID-19 pandemic wreaked havoc on pharmacies and clinics who were unable to meet the demand for the contraceptive injection, Depo-Provera, in particular.

The Pill is a tablet you take once a day – there are a few different types of pill. The combined pill contains estrogen and progestogen, which stop the ovaries from releasing eggs. It also thickens the cervical mucus, which keeps the sperm from getting to the egg. The so-called mini pill contains only 1 hormone, a progestogen, which offers an alternative to those affected by the hormone estrogen.

You should swallow the pill at the same time every day, whether or not you have sex. Ask your healthcare provider whether the combined pill is a suitable method of contraception for you based on your medical history and, if yes, which is the best type for you.

An intra-uterine device, commonly known as an IUD, is a loop device that releases progestin to prevent fertilisation over a period of five years. It can be obtained with a prescription from a doctor and inserted by a healthcare professional inside the uterus to prevent pregnancy. It is an option for women who have not been pregnant before, and provides immediate protection.

All hormonal contraception carries a risk for side-effects – although rare. For IUDs the side-effects can include vaginitis (inflammation, discharge), headaches, back pain, mood swings and depression.

The contraceptive implant is a small plastic rod-like object placed under the skin on the upper arm. It is available for free, accessible at public clinics and lasts for three years. Mkhatshane said that it should be implanted during the first five days of menstruation and works immediately. Enlarged breasts, weight gain and an irregular period are some of the side-effects that may occur.

The Depo-Provera and Nuristerate injections are both available at private and public healthcare facilities. Depo affects glucose intolerance and can be linked to causing a grimacing face. While Nuristerate is assumed to be the milder of the two available injectable contraceptives. Depo-Provera diffuses slowly over a three-month period after injection. It offers immediate protection if injected within the first week of menstruation and can be used by all women, including those who are epileptic and those who can’t use oestrogen. It can prevent pregnancy for nine to 18 months after a single injection. Side-effects are similar to those caused by the implant.

Mkhatshane noted that with the Nuristerate injection, women would still get their period, but would not experience spotting or prolonged bleeding. This is the preferred injection for women living with diabetes, but Mkhatshane warned that women with hyperpigmentation (chloasma) should avoid using the injection, as it could worsen their condition.

The skin patch delivers hormones through the skin and into the blood, and works to prevent ovulation, thickens vaginal fluids to prevent the survival of sperm, and changes the lining of the womb to make it difficult for a fertilised egg to attach. Mkhatshane noted that women who have a history of active breast cancer, liver disease and diabetes with hypertension should avoid using this method.

The vaginal ring is a small plastic ring that is place inside the vagina. It releases a continuous dose of hormones into the bloodstream to prevent pregnancy. According to Mkhatshane, the vaginal ring is just as effective as contraceptive tablets, but should not be used by women who are smokers and older than 35 years. Side-effects include nausea, vaginal discharge and a decreased sexual appetite.

What do SA women prefer?

According to a 2017 study published by the South African Medical Journal (SAMJ), injectable contraception was by far the most common method, used by 25% of women. Other methods were less common and only a negligible portion were using an IUD (1.6%) while 8.6% were using a contraceptive pill. – Health-e News