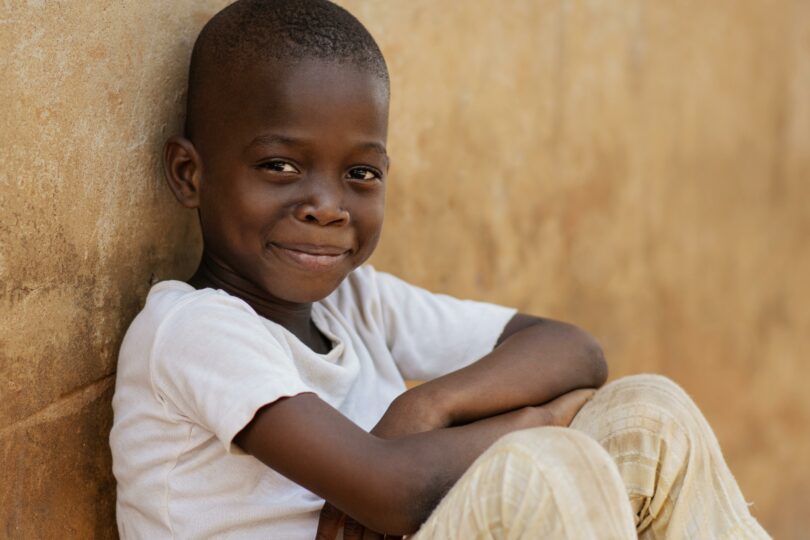 Luthando's mom is hoping her son's story can inspire others to consider donating blood stem cells for those fighting blood disorders like aplastic anaemia. (Photo: Freepik)

A mother from KwaZulu-Natal has shared her young son’s journey since he was diagnosed with aplastic anaemia three years ago – a rare blood disorder that requires a blood stem cell transplant in severe cases.

Luthando Sibiya (8) was only five when he was diagnosed with aplastic anaemia – a life threatening disease, which changed his young life and brought cause financial woes for his family as his mother, who is the sole breadwinner, was forced to quit her job to look after him.

Originally from KwaZulu-Natal, Luthando was diagnosed with the condition, also known as bone marrow aplasia, which occurs when bone marrow fails to produce enough blood cells. If left untreated, this rare blood disorder can be fatal and a blood stem cell transplant is the only viable treatment option for patients with severe aplastic anaemia.

According to the Mayo Clinic, Aplastic anemia is rare, but factors that can increase the risk include: The treatment with high dose radiation or chemotherapy for cancer, exposure to toxic chemicals, certain blood diseases, autoimmune disorders and serious infections, the use of some prescription drugs

Although Luthando has since received a blood stem cell transplant from his 10-year-old sister Lusanda in 2020 and is currently being monitored by doctors in the Western Cape Province, his mother, Lindiwe Sibiya, said the situation has been an ordeal both emotionally and financially for the whole family.

“We are currently in the Western Cape, where Luthando received his transplant at Red Cross Hospital. Groote Schuur Hospital did Lusanda’s body conditioning and stem cell harvest. But we are from KwaZulu-Natal and will return once Luthando is done with the treatment,” said Sibiya.

“It’s been extremely difficult for us as I left my job as a waitress, and I don’t have an income. As a single parent, I am struggling financially. We live in an RDP house. If anyone out there can assist us, we would be more than grateful.”

When Luthando was five, his mother woke up to him coughing up blood in his sleep. He was admitted to hospital and tests conducted upon his admission found out that Luthando was suffering from aplastic anaemia.

Though the test made it clear that Luthando had aplastic anaemia, Sibiya was in disbelief and thought that her son was bewitched.

“I thought my child had been bewitched. My lively child had an arduous journey that affected our entire family. We are forever changed by his illness and, at the same time, we are immensely grateful that Lusanda was able to gift her brother a second chance at life at such a young age,” said Sibiya.

“I was very shocked to learn that he had this condition. At first, he had normal flu and eventually he started coughing blood, so I thought someone gave him poison. It was the first time I heard of this illness. In my mind things like that don’t just happen out of the blue. Now I know that things like this happen frequently.”

Missing out on learning

While Luthando currently on the road to recovery, Sibiya is also concerned that her son has not been to school for a long time and is missing out on learning.

“Luthando is eight years old now and unfortunately not attending school as he is still receiving treatment. We are currently staying at the Childhood Cancer Foundation South Africa House until his doctors release us,” said Sibiya.

According to the Leukaemia Foundation, people with aplastic anaemia may show residual damage in their bone marrow following treatment, despite normal blood counts. Unfortunately, some patients who are successfully treated for the condition eventually relapse.

“Luthando’s story illuminates the journey of children and the heavy toll that illnesses like blood disorders place on the entire family unit. Luthando was extremely fortunate that his sister was a match, and we are extremely proud of her bravery. We are also immensely proud of the role that organisations such as CHOC play in supporting patients,” said James.

“Luckily for Luthando, his sister was a match and could donate her blood stem cells. The process was very simple and, if she could do it I, believe anyone can. Registering as an organ donor can help save the lives of people suffering from blood disorders. One person can make a big change.  I request and encourage people across the world to register to become blood stem cell donors as it’s a very simple process,” she said.

Sibiya said she hopes her son’s journey will inspire hope in others. “I think a lot is being done, but we need to do more to reach regular people. Therefore, I’m sharing my family’s journey with stem cell transplantation because I learned a lot from Luthando’s journey. People must not lose hope, because miracles do happen,” said Sibiya.

According to UNICEF, all children have the right to survive and thrive, but children and adolescents still face significant challenges surviving past infancy and developing to their full potential.

“In 2019, 6.1 million children and young adolescents died, mostly from preventable causes. Children under the age of five accounted for 5.2 million of these deaths – nearly half of whom were newborn babies,” stated UNICEF. – Health-e News