Home » Sarcoma survivor: Scarred but stronger than before 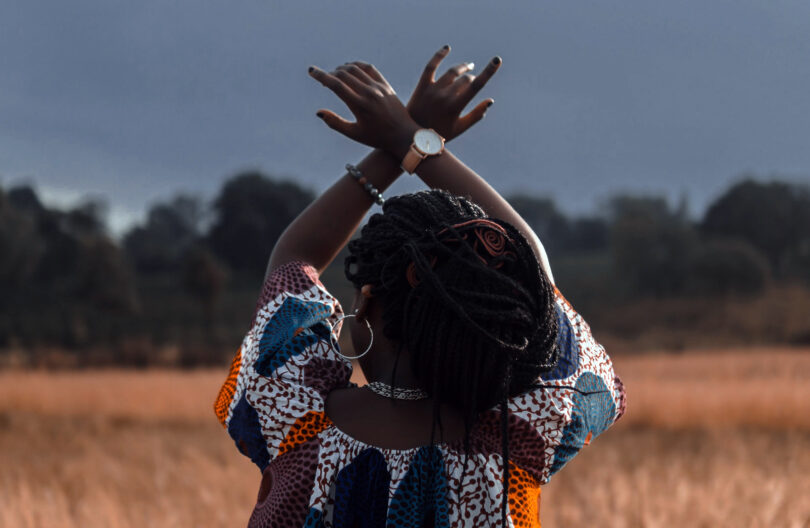 Ipfani Matibe hopes to inspire others and has urged the youth to get tested for cancer on a regular basis. (Photo by Ian Kiragu on Unsplash)

Sarcoma survivor: Scarred but stronger than before

After numerous surgeries that left her scarred for life, a young Limpopo mother is grateful that she managed to overcome sarcoma and is able to watch her daughter grow up.

Ipfani Matibe, from Mufulwi village, outside Thohoyandou in the Vhembe district, was diagnosed with sarcoma in June 2017 – a cancer she had never heard of before – and had to rely on the internet and information from healthcare workers to learn about the disease.

Sarcoma is an uncommon group of cancers that arise in the bones and connective tissue such as fat and muscle. In most cases, it’s not clear what causes sarcoma, but family history and exposure to chemicals or radiation may increase risks. Sarcoma cancers can affect any part of the body, on the inside or outside, including the muscles, bones, tendons and blood vessels.

Matibe was unable to tell Health-e News the exact type of sarcoma she had. (This line can be removed)

“In March 2016, I realised I had developed a lump on the back of my left knee, but I didn’t think it was anything serious so I just ignored it, hoping it would go away. But it never did, instead it kept growing,” said Matibe.

Nothing could be done

“I decided to seek medical attention and was told that I had blood clots on my left leg, but nothing could be done to remove the lump as I was pregnant at the time and would have to wait until I gave birth.”

Despite having been advised to seek medical help again as soon as possible after giving birth, Matibe decided not to, hoping that the lump would disappear on its own. However, the lump eventually burst and she lost a lot of blood and ended up at Thembisa Hospital in critical condition, where she was diagnosed with sarcoma.

“When they broke the news to me that I had cancer, my reaction was not what you would expect from someone who had just been told that they had a life-threatening disease. As even the doctor who broke the news to me was surprised and thought that maybe I did not know what cancer is. Yet deep down I knew it was very serious and I quickly made peace with it, telling myself that there is nothing I can do to change the diagnosis,” said Matibe.

According to CANSA, once symptoms are recognised as serious enough to seek out help, access to healthcare can play a role in the speed at which a diagnosis is made. For some, delay in diagnoses occur within the healthcare system, when symptoms are initially misdiagnosed. There is a need to strengthen the capacity of our health care system and health services for the early diagnoses and treatment of cancer, and specific barriers need to be identified throughout the entire cancer care trajectory.

“Studies have shown that time to a cancer diagnosis may be influenced by several factors including people knowledge and awareness of cancer symptoms, whether people see themselves as being at risk of cancer, barriers or facilitators in the health system, knowledge and attitude of health providers, and psychological, and socio-cultural barriers to health care,” stated CANSA.

“My biggest concern was that I did not know anything about sarcoma, as it was the first time that heard about this cancer. I have a family background of breast cancer, but I had never heard of sarcoma cancer, and I was told that it was growing at about 80% and chances are that it had already spread throughout my body. They explained it to me about everything I needed to know, and I took the positive out of the situation and told myself that even if my leg was to be amputated, I would survive to raise my daughter.”

Speaking to Health-e News, Limpopo-based oncology nurse Tahulela Patient Lehaha said that her years of working with young cancer patients taught her that the majority of them lack adequate information about the various types of cancers which can potentially affect them.

“The majority of young people still lack knowledge and information about various types of cancers and only get to know or learn about cancer when they are diagnosed. This comes with added stress when battling the cancer as they first have to source information about the disease,” said Lehaha.

She added: “It is also important for parents/guardians to always monitor changes in their children, no matter how old they may be. Because cancer can be cured if detected early, young people must be encouraged to seek medical attention when the notice any changes to their health and bodies.”

According to Cancer Alliance, the latest study released in August this year, cancer patients are suffering in a system that is inequitable and inefficient. The report also stated that cancer cases are predicted to double by 2030 and, if dramatic action is not taken, the situation is going to get worse.

“Without action, the worldwide cancer burden is expected to reach 21 million new diagnoses and 13 million deaths by 2030, with the most rapid increases occurring in low-and middle-income countries. While cancer deaths worldwide for 2017 are estimated at over 25 000 per day, of which over two thirds in economically developing countries and South Africa are one of these countries as cancer affects every South African either financially or emotionally in some way,” stated the report.

“The scourge of cancer in South Africa is picking up speed. The rate of death from cancer continues to rise among both men and women, among all racial groups, and for many types of cancer. If we do not invest in personnel training and in cancer treatment research now, then we are doomed,” said Dr Richard Khanyile, who is the Head of Medical oncology at the Steve Biko Academic Hospital.

Matibe believes that she was fortunate to have received her cancer treatment before it was too late in Gauteng, where she currently resides due to work, though she is originally from Limpopo, where there is a shortage of oncologists doctors.

In February last year Health-e News reported that the Limpopo Department of Health had only one oncologist doctor employed – stationed at the provincial hospital in Polokwane. But the provincial health spokesperson, Neil Shikwambana failed to respond to questions on how many oncologists the province has now and how many public health facilities are offering free cancer screening in Limpopo.

According to the World Health Organisation (WHO), for several reasons, patients often fail to adhere to recommended cancer screening activities. While in many cases both patients and healthcare providers understand the concept of early detection, they fail to comply with recommendations.

“When I went for my first surgery to remove the tumour, I found five surgeons waiting for me. I was in shock and asked why there were so many of the, only to be told that they have never operated on such a big tumour before. It was clear that my situation was different,” said Matibe.

“I would never wish the pain I went through on my worst enemy. I prayed to God that if this was meant to be the end of me, he should take me now as I couldn’t take it anymore. After all the surgeries were completed, I was told that it will be almost impossible for me to walk properly again, but here I am happy and able to walk with ease.”

Difficult to live with scars

Despite being cancer-free following surgery and treatment, Matibe had difficulty accepting the scars on her left leg and lied to people, including close friends, about what had caused them, often saying she has been involved in a car accident.

“I lived a lie for more than three years, making people believe that the scars on my left leg was a result of a horrific car accident. But I finally accepted what I went through and hope to inspire the youth to get tested for various cancers regularly. It’s been years now and I am cancer-free, living healthy with only the scars left to remind me of my ordeal.”

According to a recent Cancer Alliance report, many cancers are highly treatable in the early stages of the disease, a fact that contributes to a survival rate of five years or more where timely diagnosis and high-quality treatment are applied. – Health-e News