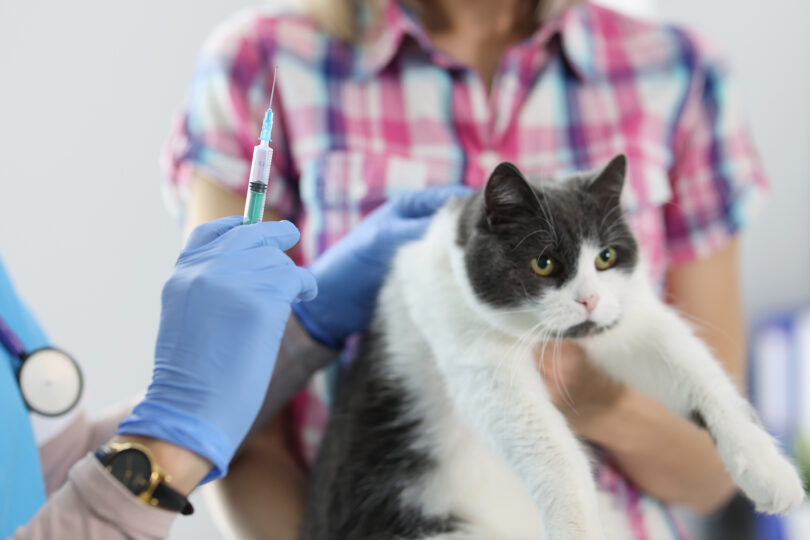 In commemoration of World Rabies Day this year, the Animal Welfare Society of South Africa will be offering free rabies vaccinations to cats and dogs until the end of the month to help prevent the spread of this potentially deadly disease. (Photo: Freepik)

On World Rabies Day we look back at the case of the boy who lost his life earlier this month as well as the prevention, causes and treatment of this disease.

Globally, rabies causes 59 000 deaths annually. In South Africa, the number is far lower, with just 8 deaths recorded in the past decade, according to the National Institute For Communicable Diseases.

Which is why the recent rabies outbreak in the Eastern Cape, and deaths of three young boys across the country in 2021, is of serious concern.

A young boy from the Nelson Mandela Bay Municipality lost his life earlier this month. All three deaths occurred after the children were bitten by infected dogs.

Obtaining treatment soon after being bitten is crucial to survival. “The administration of rabies post-exposure prophylaxis is urgent and must be done as soon as possible after a bite, lick or scratch”, said Tarryn Dent, Business Unit Manager for Companion Animals at Zoetis South Africa.

“Tragically, most human deaths are the result of untreated bites. Timely treatment, including wound cleaning, vaccines and occasionally rabies immunoglobulin, are required for people exposed to rabies.”

In 2020, a total of seven cases of rabies were confirmed by laboratories in South Africa and each year we see new cases, often affecting children. Rabies is a serious viral illness that can affect any warm-blooded animal and it is known as a zoonotic disease meaning that people aren’t immune.

“The heartbreak with rabies is that it’s fatal for humans and animals once symptoms appear and yet it is completely preventable with a vaccine,” said Dent.

Today we raise awareness for the control and prevention of rabies globally. Rabies is 100% fatal but also 100% preventable! There is no proven cure available once the disease develops. The infection can however be prevented with post-exposure prophylaxis. #WorldRabiesDay pic.twitter.com/JvrJQOpoVe

According to the Centers of Disease Control and Prevention, after a bite or exposure to the rabies virus, it travels through the body to the brain before it can cause symptoms. In humans, the first symptoms of rabies are very similar to those of the flu and include general weakness or discomfort, fever, nausea, vomiting, agitation, anxiety, and confusion, followed by rapid progression of nervous signs, sleepiness or agitation and headaches. These symptoms may last for days.

“The challenge is that the list of symptoms is a long one, but by the time they appear, treatment is no longer possible. By that stage, rabies is fatal to both humans and animals, and animals need to be quarantined and euthanized,” says Dent.

In South Africa, rabies is an endemic disease, Its common carriers include honey badgers, meerkats and mongooses as well as feral and domestic cats and dogs. With so many roaming animals in urban centers, the risk is even higher.

“Pets that contract rabies are usually bitten by a wild animal that has come into a yard, so simply keeping pets in urban gardens isn’t enough to prevent infection,” said Dent.

The virus is transmitted  through contact in saliva from close contact with an infected animal such as bites, scratches or even licks on broken skin and mucous membranes which can transmit the virus. . Early symptoms in pets include a fever, licking or chewing at the site of a bite, dilated pupils, changes in behavior, anxiety, and seeking solitude.

Vaccination of cats and dogs

Rabies vaccination of domestic dogs and cats is mandatory by law in South Africa. In commemoration of World Rabies Day this year, the Animal Welfare Society of South Africa will be offering free rabies vaccinations to cats and dogs until the end of the month to help prevent the spread of this potentially deadly disease.

What to do once bitten

According to KidsHealth, it is important to take the following steps once you or your child has been bitten by an unknown or wild dog or cat: