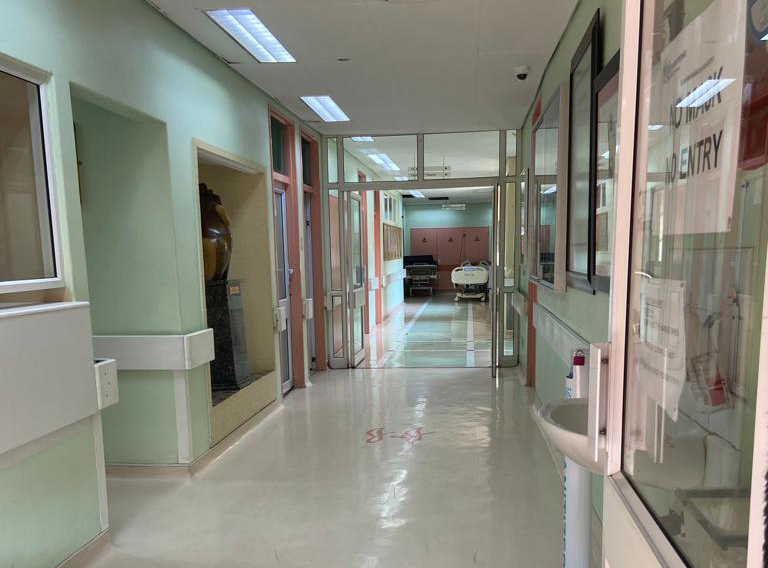 This huge cash injection will see a new wing added to the Bara Burns Unit in conjunction with Wits University.

More than 250 adults and 500 children are admitted to CHBAH with severe burns each year. These increasing numbers have made access to essential care a matter of urgency. At the moment, the Chris Hani Burns Unit is the only health facility in Gauteng that specialises in treating burn patients who cannot afford treatment at private facilities.

Professor Martin Smith, Academic Head of the Department of Surgery Wits University, emphasised the importance of this world-class facility.

“Burns are unfortunately a common component of our epidemic of trauma. The Burns Unit is a unique facility that serves as a referral center for the treatment of severely burned patients,” said Smith.

He added: “It also provides essential training for all healthcare professionals involved in the complex care of severely burned patients and important evidence to assist in advancing the modern management of patients.”

The new building was revealed at a sod-turning ceremony on Tuesday where ground was broken on site. It will be named the Wits Roy McAlpine Burns Unit which will include a high-tech skin bank and tissue engineering laboratory in Soweto.

🔊🎧AUDIO: A donation of R70-million from the Roy McAlpine Foundation will transform the ‘Bara Burns Unit’ into a world-class facility. Listen to excerts from James Inglis, Chairman of the Roy McAlpine Charitable Foundation,& Professor Zeblon Vilakazi, the Wits VC and Principal. pic.twitter.com/cpETTkHWuE

A first for the continent

“I am proud to say that this is regarded as a pre-eminent burns treatment centre on the continent. It’s currently the only public health specialised burn unit located in Gauteng. Therefore, serving patients in the rural and urban communities as well as neighbouring countries where the need is dire,” said Vilikazi.

“For the past 30 years they have treated thousands of patients with severe burns. This has been achieved by combining the skills of the hospital’s multi-disciplinary team. Trauma continues to be the fourth largest epidemic in South Africa and a substantial portion is due to burn injuries,” he added.

Speaking from his hospital bed, Mosea explained how he slipped while boiling water to take a bath.

“It was very painful. When I arrived at the Chris Hani Burns Unit, I was treated with care and my pain was immediately minimised. All I can say is, don’t take burn injuries lightly because you will get hurt,” he said.

He continued: “Seek help from the hospital. This hospital has helped me manage my pain in order to heal. My pain has now turned into a smile because I was treated well and all that was required from me was to communicate what I’m feeling so that they can help me.”

Lack of beds will be addressed

The Head of Chris Han Burns Unit Centre, Professor Adelin Muganza, said that most of the burn injuries are either caused by accident, assualt or suicide and that the lack of beds reamins a huge challenge.

“The challenge we have been facing is the number of patients versus the limited number of beds especially in the ICU. The extension of the burn centre will allow us to have more ICU beds meaning more patients. We will have to accommodate more operations since each burned patient needs to be taken to threatre to remove the old skin followed by a skin graft,” he explained.

Muganza added: “ This project will increase the number of operating rooms from one to two which means we can now operate in both rooms daily. We will also experience an increase in outpatients.”

The Chris Hani Burns Unit was founded in 1991 and operates in conjunction with Wits University and the Gauteng Department of Health. – Health-e News