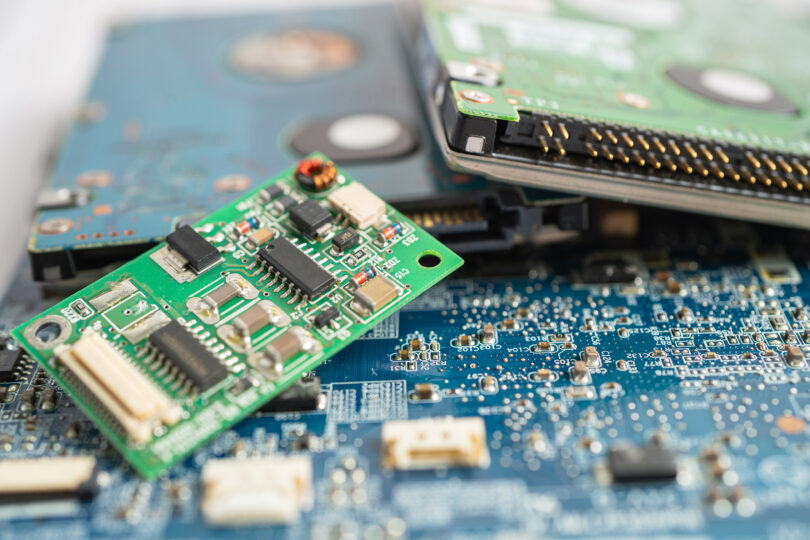 E-waste is problematic largely due to the toxicity of some of the substances that make up the components of the devices which include computer monitors, mobile phones, TVs and printers. (Photo: Freepik)

There’s a burning issue affecting the entire planet: e-waste, a hazardous electronic waste which is increasing rapidly in the world and especially in South Africa. Yet, according to research, many South Africans don’t recycle their e-waste and a lack of knowledge is the main barrier.

E-waste: A toxic threat but why don’t South Africans recycle?

The e-Waste Association of South Africa (eWASA) confirmed that South Africa generates about 6.2 kilograms of e-waste per inhabitant annually and only 12% of that is recycled. Globally, e-waste volumes grew by 21% in the last five years.

Established in 2008, eWASA has managed the establishment of a sustainable environmentally sound e-waste management system for the country.

A research article written by Wilma F. Strydom, titled Barriers to Household Waste Recycling: Empirical Evidence from South Africa, cites the lack of awareness or knowledge about recycling, lack of facilities and disinterest as some of the reasons why many of people do not practice recycling.

“Knowledge of the recycling program, awareness of the location of recycling facilities, and knowing how to and knowing what materials are recyclable is needed. A good recycling service is reliable, convenient, and easy to use. Improving recycling schemes to suit household preferences has greater potential to positively change householders’ recycling behaviour,” read the report.

Strydom noted that knowing a household’s recycling contribution makes a difference in the bigger scheme of waste management and encourages recycling behaviour, saying that the challenge is to replace people’s indifference to their contribution with concern for the environment.

How to safely recycle e-waste

Anyone and everyone can recycle e-waste. This includes any items that are powered by electricity – from old phones, laptops, and printers, to kettles, microwaves, toasters and fridges.

With the help of eWASA and supporting organisations, they have compiled a directory of recycling centres all over the country that people can access to make recycling more convenient.

Some tips for safe e-waste recycling include; storing old, broken, unwanted electronic appliances in a designated area, sorting through them in order to keep them in separate containers and donating them to your nearest recycling or buy-back centre.

E-waste collectors also offer services such as the collection of e-waste from homes and offices (often free of charge), data destruction and the responsible reuse, recovery or recycling.

There are also a number of electronic companies that buy old and broken electronics which you can take them too, in order to make recycling easier for you while getting it down.

Health of humans under siege

The World Economic Forum considers e-waste to be the “fastest growing waste stream in the world”, with an estimate of 48.5 million tons of waste stream in 2018. Improper disposal of e-waste has negative and permanent impacts on the health of human beings and the environment.

Reclaimers and recyclers in the informal sector are exposed to the harm of e-waste from recycling centres and landfill sites through inhalation and skin exposure. As workers in this informal sector, they usually work with no personal protective equipment and are left vulnerable to the health effects.

“With mounting volumes of production and disposal, the world faces what one recent international forum described as a mounting “tsunami of e-waste”, putting lives and health at risk. In the same way the world has rallied to protect the seas and their ecosystems from plastic and microplastic pollution, we need to really to protect our most valuable resource – the health of our children,” said Ghebreyesus.

Water is known to be one of the most susceptible to pollutants found in e-waste. Research shows that chemicals such as lead, barium, and lithium can potentially enter water sources and the soil, leading to contamination with carcinogens that can lead to serious health complications.

In turn, plant life is also affected and the extent is determined by the environmental circumstance. In some instances, these toxins can also enter the food supply through the soil, which can also lead to health complications.

The ongoing increase of e-waste contributes to and quickens the worsening quality of air in SA.

WHO explained that e-waste is often burnt and used to retrieve metals such as copper, and steel, which are used in the hardware of electronic appliances and gadgets. This results in the release of hydrocarbons into the air, heightening the threat of global warming and influencing climate change.

Khanyo Mbanjwa, 20, admitted recycling is something that is just not done at his home.

“There are bins for different materials at the park near my house and in different areas in town as well. I know about recycling but we aren’t very intentional about it at home because there’s no space to keep everything,” he said.

Currently taking a gap year to improve his matric results, Mbanjwa said although he learnt about effects of pollution, recycling and climate change at school, he can’t recall ever putting these lessons into practice at home.

“It’s just something I didn’t grow up doing at home because no one really had the time to focus on grouping the waste and recycling certain things in a certain way,” said Mbanjwa.

He has however, noticed a change in people’s attitudes towards recycling in his community. The number of demarcated sites has increased where plastic and glass bottle is normally thrown into open areas.

“I think we are more focused and informed about recycling paper and plastic versus e-waste. The more information people have, the more they’ll realise how important it is to recycle e-waste,”  he added.

Not all doom and gloom

Not only is it better for the environment, but the reuse, recovery and recycling of e-waste has several economic benefits.

Electrical and electric equipment (EEE) that is still operational but unwanted can be repaired or the components can be repurposed and reused. It is a well-known fact that the electrical components in a working device are worth more than the materials they contain. These can be extracted and reused in various ways.

E-waste is also considered an extremely valuable source of secondary raw material. The organisers of the 2020 Tokyo Olympic Games also did their bit for the environment by making Olympic medals out of recycled metal reclaimed from old cell phones.

The average cell phone has a trivial amount of gold, silver, and copper, but the city collected 80 000 phones and used the pulped material to create 50 000 medals for the 2020 Olympic and Paralympic Games in August. – Health-e News