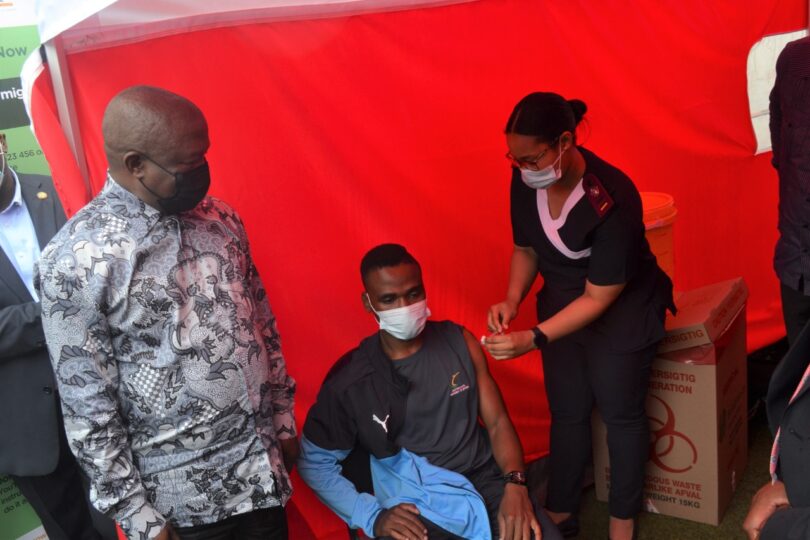 South Africa may have to revise its target of vaccinating 70 percent of the population by the end of the year, said Deputy President David Mabuza during the launch of the Vooma vaccination weekend in the Eastern Cape.

Speaking at the Nelson Mandela Bay stadium in Gqebhera in the Eastern Cape, Mabuza said the target now seemed like a “tall order”.

”It now looks far-fetched. it looks like we will have to revise the target. 70 percent seems a tall order judging by the time left now – we are in November and December is next month. The pace of vaccination has slowed down, and we think it’s mainly because of these conspiracy theories which are flooding social media. We used to vaccinate about 300 000 people a day, but now we are far below that figure,” said Mabuza.

More information needed on the vaccines

Mlamli Ndlondlo who arrived to get his first dose of the Pfizer vaccine said he was only getting the jab because he travels so much.

”If it were not for my sporting career which requires me to travel across the world, I would not have vaccinated against Covid 19.”

Ndlondlo says social media is flooded with information that scares people away from getting vaccinated.

Mabuza said achieving herd immunity has to remain the country’s goal, and urged leaders to increase their efforts to rally all residents to get vaccinated. – Health-e News