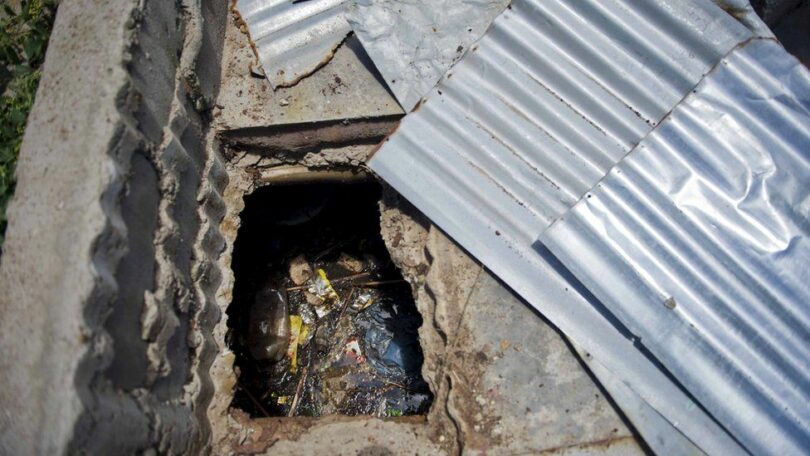 The lives of thousands of school children are in danger when forced to make use of these dangerous pit toilets. (Photo: BBC)

As the world commemorates World Toilet Day today, the National Association of School Governing Bodies (NASGB) in Limpopo said it’s concerned about the continued use of pit toilets in the province.

NASGB Limpopo secretary, Prince Prince Phandavhudzi, said they believe that the education department is dragging its feet when it comes to getting rid of them.

“The continued use of unsafe outside pit toilets worries us. It’s concerning as such toilets do not only pose a health hazard but can lead to death as well. Learners can easily fall and drown inside them,” said Phandavhudzi.

“It is something which we have been trying to raise with the department of education for many years, but they seem to be dragging their feet. The lives of our learners are not protected while at school.”

Phandavhudzi believes it will still take years for the department to remove all of the pit toilets in the province.

“Though the department of education has managed to provide temporary toilets in most of our schools since the start of the COVID-19 pandemic, they still have a long way to go. They need to do eradicate all pit toilets as a matter of emergency,” he added.

World Toilet Day is a United Nations (UN) Observance that raises awareness of the 4.2 billion people living without access to safely managed sanitation.  According to the UN, globally, at least 2 billion people use a drinking water source contaminated with faeces. And daily, over 700 children under the age of five, die from diarrhoea linked to unsafe water, sanitation, and poor hygiene.

The World Health Organization (WHO) states that inadequate sanitation is estimated to cause 432 000 diarrhoeal deaths annually. It’s a major factor in several neglected tropical diseases, including intestinal worms, schistosomiasis, and trachoma. Poor sanitation also reduces human well-being and social and economic development due to impacts such as anxiety, risk of sexual assault, and lost educational opportunities.

On 20 January 2014, five-year-old Michael Komape drowned in a pit toilet at Mahlodumela Lower Primary School just outside Polokwane. His death became a rallying call highlighting the effects of poor sanitation in rural schools throughout the country. But Michael’s older sister, Lydia Komape, worries about the continued use of pit toilets at schools.

“There is nothing to celebrate because learners are still forced to use dangerous pit toilets. I feel that the Department of Education doesn’t care about public schools. These schools are for poor people, and who cares for poor people? If they did, they would’ve eradicated them and created a safer environment for all learners,” said Komape.

She added: “If my brother’s death didn’t do anything to make them realise what a huge problem poor sanitation is, I wonder what will?”

#HoerskoolDriehoek
LET'S NOT FORGET young Michael Komape who fell into a pit latrine at a school in Limpopo and drowned in human excreta.
His life also mattered and it was cut short at a place where he was meant to shape it.
RIP to all the pupils who lost their lives in schools. pic.twitter.com/y8XKoS3T6I

“We are tired of raising this same issue as nothing is ever done to address the issue of dilapidated pit toilets. These toilets which are being used by our learners are a ticking time bomb and they pose a danger to our children. No one seems to care,”  said Eric Negondeni, SGB chairperson.

Mabila Primary has four outside pit toilets – two for boys and two for girls. They are all in poor condition despite the education department having delivered building material for new toilets in 2017. There has been silence ever since – no one knows when the building will begin.

“Maybe they are still waiting for one of our learners to drown and then only will they start building,” said Negondeni.

Shortage of water adds to woes

The school, just outside Thohoyandou, is also faced with water shortages, an issue which has been raised.

“The school does not have any form of running water and a borehole is needed as a matter of urgency,” he said.

“There are general plans for sanitation infrastructure development that are being rolled out through agents such as Mvula Trust and the Independent Development Trust. Progress will be made public once the information has gone through our quality assurance processes and internal reporting channels.”

Chuene added: “Progress on infrastructure projects was also affected by shortages of building material and restrictions of movement. However, work is underway to address the backlog caused by COVID-19.” -Health-e News.