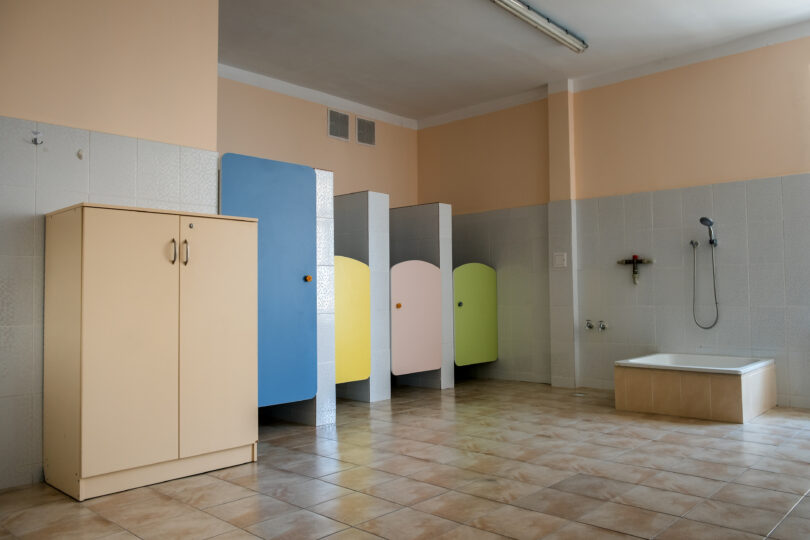 At least 50% of public schools in Limpopo still use pit toilets. Facilities, as pictured, remain a dream for at least half of them. (Photo: Freepik)

Access to decent toilets is a human right but some people in Limpopo’s capital city of Polokwane are forced to pay to use public facilities, and for many, it’s simply unaffordable.

Nandi Samdo, 38,  a hawker based at a taxi rank in the Polokwane city centre said the R2 she has to pay each time she needs the toilet eats into her profits..

“If I go five times a day, it means R10 off my profit. Government must make sure toilets are sufficient and clean with workers looking after them every day without making anyone pay for use,” Sambo said.

Another hawker, Josephine Mamabolo 51 said she sometimes limits her food and water intake to avoid using the facilities.

“Sometimes I limit the food I eat so that I don’t go to the toilet frequently in order to save money,” Mamabolo said.

She added the only other option available to her was to walk to the public toilets that have remained free to use.

“You won’t be pleased there, they are not clean. The smell of dagga is always hanging in the air and sometimes gender divides are not observed.”

Lenni Rammala 41 has been selling domestic insect killers and pit toilet cleaners at taxi ranks for the 15th year now. “I did public administration at TVET college but never got employment. That is the reason I found myself hawking here and I have been proposing to the authorities to hire us to maintain their toilets and public amenities to no avail. Look how dirty most public toilets are, and those that are at least better are expensive to our poor people.”

One man, Thabiso Ramosedi*  said he does not spend money on using the toilets.

“With us (men) we can simply go to the skip bins and pee without paying anything. I can also go to the bush at the graveyard to relieve myself.

That many people are opting to do this is evident by the faeces found behind skip bins, power boxes, and even in some public parks.

The United Nations said the lack of access to proper sanitation poses health risks, and in many instances, water sources can become polluted.

According to the UN, 3.6 billion people in the world do not have access to a working toilet, while at least 2 billion people are drinking water contaminated with faeces.

Avoiding public toilets at all costs

Sannah  Matlou 42  says she tried to avoid public toilets as much as possible because she dislikes the smell and the sight of excrement spillage.

“I prefer to use toilets at malls and garages. They are not spotlessly clean or hygienic but at least they are better than those under the municipality. It is a pity some people cannot afford to pay for their calls of nature,” said Sannah.

Several business owners in Polokwane have installed pay points at the entrance to toilets, forcing users to pay before being able to enter. They said the money helps keep toilet services running and facilities clean.

“We do experience breakdowns, some theft of door handles or deliberate thrashing with poo but we attend to them because there are attendants,” said fuel station owner Joel Mogano.

Pay for decent and safe toilet

Frans Kgasago, spokesperson for Mankweng Taxi Association said paying for toilets would not be a problem for as long as the facilities are clean and safe.

“Most of these public toilets operated by the municipality are not clean. With us men, peeing is better because we do it standing but sorry for women because they should sit down” said Kgasago.

Polokwane Municipality spokesperson Thipa Selala said while the toilet at Polokwane city centre rank where people are charged was upgraded using a public transport infrastructure grant, it is not under municipal control.

“These facilities get handed over to the taxi association once completed. The association is not expected to make a profit out of running these facilities but the facilities need to be clean at all times. The R2 payment is for the upkeep of the facility, including the restocking of toilet paper, cleaning material, etc. This also promotes safety indirectly as the facility will be manned throughout its open time,” explained Selala.

He added that there are however 20 blocks of toilets that the municipality currently maintains which are free to use.

“We think these 20 blocks are enough in the city for now. Vandalism on the municipal toilet facilities is a source of concern as well as some traders using these toilet spaces as personal storage for their wares,” Selala said.

According to Kgasago, taxi operators were not making profits from the R2 payments at the two toilets as the amount was spent on maintenance and cleaning.

“But these toilets are closed in the afternoon as attendants go home. We call on the Polokwane Municipality to provide security so that passengers still at the ranks in the evening can use toilets if they need to,” he said.

Trevor Mulaudzi, a lecturer in water and sanitation at the University of Limpopo (UL) who is also one of the four Vice presidents of the World Toilet Association Board of Directors, said there are not enough public toilets in Polokwane.

Public toilets in taxi ranks are unsafe to use he added.

Today is World Toilet Day which raises awareness about the importance of all people having access to decent toilets. –Health-e News