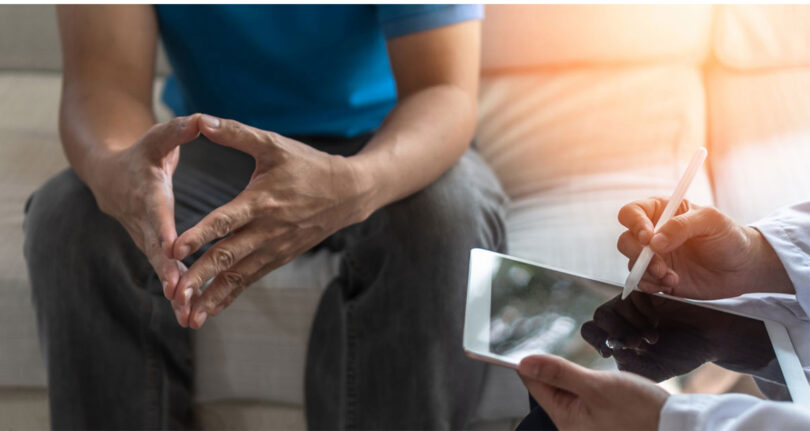 Women are being urged to take a lead in fighting prostate cancer. It is the number one cancer affecting South African men according to the National Cancer Registry of 2017 which stated that 1 in 17 men is at risk.

Professor Riana Bornman, a senior researcher at the University of Pretoria (UP), believes that women can make a big difference by encouraging the men in their life to get tested regularly for prostate cancer.

“It will always be difficult for any individual to be diagnosed with prostate cancer, it feels like such an intimate disease that they find it difficult to come to terms with. But I think it is important for the female spouses to support them, remind them, nag them, bully them, whatever is necessary but please get them to be tested. It can make a difference in terms of their survival,” said Bornman.

Let’s get real about prostate cancer

Bornman was speaking during a CANSA webinar titled ‘Let’s get real about men & prostate cancer’, which aimed at raising awareness.

Cancer is the second leading cause of death globally, accounting for an estimated 9.6 million deaths, or one in six deaths, in 2018. While lung, prostate, colorectal, stomach, and liver cancer are the most common types of cancer in men, this is according to the World Health Organization.

Men must take responsibility for their health

“We know that cancer has a strong tendency of running in families, so we urge men with a family history of cancer to not only take responsibility for their health, by going for prostate screening but also encourage other male relatives and friends to get checked,” said Strauss.

According to CANSA, prostate cancer is detectable with a Prostate Specific Antigen (PSA) blood test. PSA is a normal enzyme produced by the glandular tissue of the prostate and it is always present in the blood, however, a reading of three or higher may indicate inflammation of the prostate or even cancer.

Don’t ignore the advice to get tested

Professor Thifufhelwi Walter Muloiwa,74, can call himself a prostate cancer survivor, due to his son who insisted that he get tested for the disease.

Muloiwa said he initially ignored his son but he is grateful that he did not give up until he agreed to get tested.

“I paid a visit to my son in Cape Town, who is a medical doctor. He had always been insisting that I should undergo a test for prostate cancer, and I had been ignoring him. But during that visit, he insisted that I should be tested for that. Because I could see he sensed some symptoms in me, so he advised me to go and see a urologist,” said Muloiwa.

“And I went there and when the urologist asked me some questions, I could see that he sensed that as well that I should be having prostate cancer. He examined me and then he said that he would like me to go to the nearest medical center so that a biopsy should be taken to find out whether I have prostate cancer,”.

When the diagnosis came back positive for prostate cancer, Muloiwa said that he felt he had been given a death sentence and that he found it difficult to share the news with other people.

“I was told that fortunately, it was only in two tubes but honestly speaking at the age of 74, I found this to be tough news and I felt as if I was given a death sentence. At first, I found it very difficult to share this with my family, but I was with my wife and she was the first person after my son you know who I shared the news with,” said Muloiwa.

However, he had to get over the hurdle of feeling comfortable to tell the rest of his family.

“I had to gather courage and tell them that my urologist and my oncologist had told me that I still have a good chance to have this prostate cancer killed. Because you know, they told me that it is not as vicious as these other cancers,” he said.

He said in the end the support which he received from his family helped him to stay focused and positive.

“The next step that I had to go through was therapy and radiotherapy. And I was still very much scared about that,” said Muloiwa.

But it was the support of his family that helped him get through it.

“The support that I got from my wife, son, and other children was great and it helped me to stay fully prepared to undergo the treatment, no matter how hard it was going to be, but I was prepared. I was even told that there were quite a few side effects. And I was told as a male there is a possibility of erectile dysfunction and with the assurance from my oncologist, I felt I was going the right track.”.

Muloiwa urges men to get tested yearly so that cancer can be picked up in its early stages.

“I would also like to tell men that they should not be afraid that once they have been diagnosed with this prostate cancer it will be the end for them. And people who are stressed should get counseling services and people should always keep in touch with their oncologist and stick to what they ask them to do as that will help them and they will see that they are on the right track,” he added. -Health-e News.