Home » Kekana urges everyone to be accountable for GBV 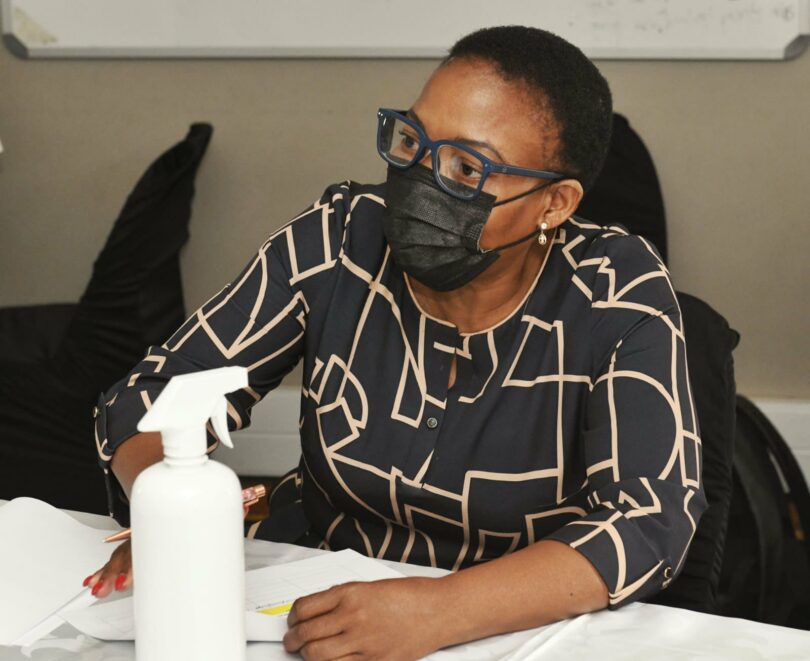 Kekana believes that if women are granted more opportunities, there would be a decline in violence against women and children. (Photo: Supplied)

Kekana urges everyone to be accountable for GBV

Deputy Minister in the Presidency, Pinky Kekana, has warned perpetrators of gender-based violence (GBV) about the impact of their behaviour on their victims.

Kekana addressed participated in a dialogue on GBV, held under the theme “Moving from awareness to accountability”, in Zamdela, in the Free State recently. She highlighted the importance of community involvement in the fight against what is considered a second pandemic plaguing the country.

She said it was a show of poor accountability that the Fezile Dabi District was a GBV hotspot, and called for cooperation from all stakeholders.

“It’s not right that we see growing cases of GBV in this district and our people – mainly women and children – are abused and killed. All of us must account whenever there’s a case of domestic violence. We want to create an environment that is free from social ills and killing of the innocent,” Kekana added.

Kekana’s visit was part of the 16 Days of Activism for No Violence against Women and Children. She will remain in the Free State to meet with GBV survivors at the Curious Future Movement Centre.

“One of the key aspects that motivates growing violence against women is a lack of opportunities. Government undertakes the responsibility to develop both women and children. It acknowledges that once a woman lacks nothing and their families are well provided, no man will abuse children and women. We are glad that the Free State Government is working hard to empower women and children.”

Also in attendance at the dialogue were members of the Thuthuzela Care Centre (TCC) that houses victims of GBV. This centre is one of 51 TCC established by the National Prosecuting Authority (NPA). TCCs are one-stop facilities that are a critical part of SA’s anti-rape strategy. They aim to reduce secondary victimisation and facilitating the building of cases ready for successful prosecution.

The project is led by the NPA’s Sexual Offences and Community Affairs Unit (SOCA), in partnership with various departments and donors. It is a response to the urgent need for an integrated strategy for prevention, response and support for rape victims.

The SOCA Unit develops best practices and policies that seek to eradicate victimisation of women and children, while improving prosecution. This is particularly in the areas of sexual offences, maintenance, child justice and domestic violence.

Speaking to Health-e News, TCC coordinator Sannah Thole says other small towns in the district are experiencing higher incidents of GBV than bigger towns like Sasolburg.

“It is surprising that in some towns, like Koppies, we have a lot more cases than a town like Sasolburg. We have noted that unemployment plays a huge role where victims and oppressors fight after consuming alcohol,” said Kekana. – Health-e News