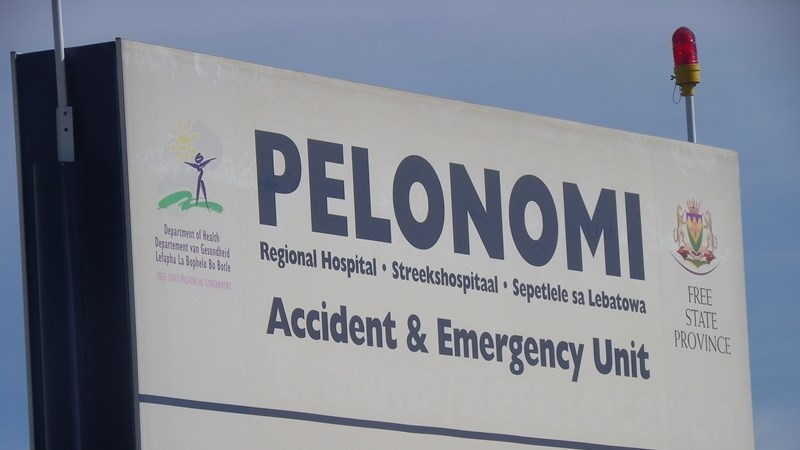 The ongoing health workers’ strike at the Pelonomi Tertiary Hosptial in Bloemfontein has placed the welfare of thousands of patients in jeopardy.

Workers downed tools on Tuesday due to ‘unsafe working conditions’ and ‘vacancies’ and vowed not to return until the Free State Department of Health addresses their concerns.

“We have tried to get the department to address health and safety standards but nothing has been done. You’d recall that our health workers have been victims of crime inside the premises and didn’t receive any help,” said Nkomo.

A section of the maternity ward has been under construction for years and Nkomo believes this is a perfect place for criminals to hide.

“There is ongoing construction taking place and it’s a safety hazard for both workers and patients. We have made our leaders aware of the situation but nothing has been done. We will not go back to work until matters are sorted,” he added.

Nkomo recalled two incidents in which medical doctors were attacked on the Pelonomi hospital premises.

In June 2019, a female doctor bit off a man’s tongue when he attempted to rape her while she was sleeping. The man was later apprehended and declared a state patient by the courts. Almost a decade prior to that, a female doctor, specialising in paediatrics, was raped by a group of assailants. Nkomso said she was reportedly heading to the neo-natal unit where construction partitions remain to this day.

The protest has left patients from across the province stranded.

Katleho Moreki, from Marquard in the eastern Free State, was told to come back next year.

@HealthZA Something needs to be done at Pelonomi Hospital in Bloemfontein and how our parents are treated. There is a strike going on and my mother could not get her medication. The rudeness of nurses their has been appauling as always.

“I was told there are no nurses to help me and got an appointment for next year. How must I survive?,” said Moreki.

Maureen Klass, an asthmatic, said: “We understand that workers have rights to strike but it is supposed to be after hours or not all of them. Now I have to return back home without help.”

‘Lives of patients in danger’

Provincial health department spokesperson, Mondli Mvambi, admitted that the strike places the lives of patients in danger. He said the hospital management is busy attending to matters raised by the workers.

“Management has begun talks with the concerned workers and representatives. We will resolve matters,” he said.

Mvambi said operations at the Heidedal Poly Clinic were disrupted after acts of intimidation by Nehawu members. Key sections such as casualty/trauma as well as antenatal and postnatal areas were affected.

“Some of the staff members are afraid and don’t want to return to work. We’d like to warn these individuals that it is illegal to prevent others from working,” he added. – Health-e News