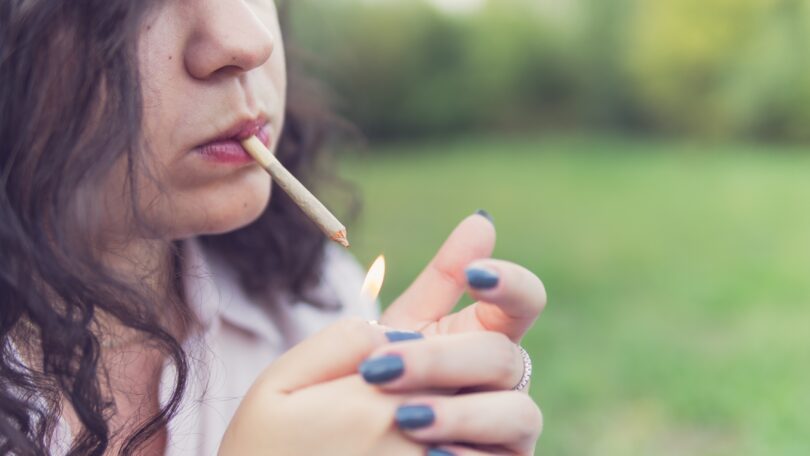 Psychologists recommend that people suffering from anxiety should seek help from medical professionals instead of self-medicating with cannabis. (Photo: Freepik)

Young South Africans face a myriad of challenges daily with mental health issues at the forefront. Although turning to cannabis is now legal, studies show that lighting up a joint as an escape from everyday stress could result in poorer educational outcomes, writes Kagiso Keipopele.

Health-e News spoke to a few students during end-of-year exam time to find out about how they use cannabis to treat symptoms of depression and anxiety.

In September 2018, a landmark decision by the Constitutional Court in South Africa legalised certain acts in relation to cannabis. In particular, the court ruled that the private cultivation, possession, and use of cannabis by an adult for personal use should no longer be a criminal offence.

A research report by the National Institute of Drug Abuse (NIH), revealed that cannabis reduces the intellectual level and there is substantial evidence that cannabis has a negative impact when it comes to the educational outcome of users and non–users.

“Consequently, someone who smokes marijuana (cannabis) daily may be functioning at a reduced intellectual level most or all the time. Considerable evidence suggests that students who smoke marijuana have poorer educational outcomes than their non-smoking peers,” the report said.

To smoke or not to smoke?

Sandile Ngcobo, who is a final year student at the Durban University of Technology, said that cannabis hinders his studies because it makes him too lazy to focus.

“I smoke when I’m about to do creative things like making music for example. It’s hard to focus on things when you are high, especially studying. So it hinders my studies sometimes because I become lazy after smoking,” said the part-time musician.

Blessing Xaba, a final year student, said the cannabis helps him to slow down his anxious mind without making him forgetful.

Zizipho Dube, from Umlazi Township in Durban, started using cannabis when he was just 13 years old in 2009.  The then Grade 9 pupil said he used it purely to relax.

“I use cannabis to treat stress and it works. It makes me relax and calm my nerves. I overthink so once I smoke, I get to relax” he said

‘‘The only side effect I have experienced has been forgetfulness,” he added.

‘Right strain of weed does help’

Denzel Ndlovu started using cannabis as a coping mechanism while doing his first year at the Durban University of Technology. The pressure of being in a new environment proved stressful for him.

“What most people don’t realize about weed is that it has different strains.  The right strain of weed, when used in the correct dosage, does help cope with stress and anxiety but not with depression,” said Ndlovu.

Bad breath was the only negative side effect that created a lot of stigmas.

How cannabis impacts your health

Just like any other drug, cannabis is not immune when it comes to side effects.  Cannabis can cause hallucinations, moods, amnesia, delusion, and disorientation. It can also affect a person’s sleeping pattern and depression might also occur.

Dr. Sakhile Msweli, a clinical psychologist at a Richard’s Bay hospital, said that people who are struggling with depression and anxiety should seek medical attention from trained professionals. He further highlighted that cannabis is not regulated medicine and its side effects and benefits are poorly understood on individuals.

“Seek medical attention from a trained professional. Self-medication is never the answer,” he said.

Cannabis ‘not a quick fix’

Austin Mvelase, a Clinical Psychologist at Townhill Hospital in Pietermaritzburg, said often people use cannabis as a quick fix.

“Marijuana is often used by people to treat depression and anxiety, but it doesn’t solve the issue, it just postpones it,” he said.

Mvelase added that dagga changes a person’s perceptions about things and it may make individuals apathetic and likely to avoid issues. This could increase their anxiety and lead to addiction. – Health-e News