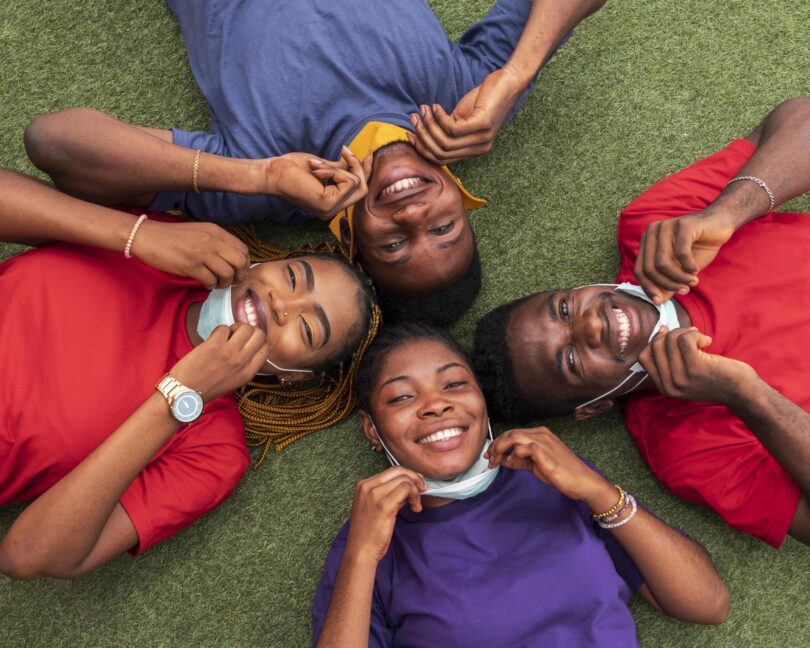 “In terms of the technical definition of a wave, we can now say officially that Gauteng has technically exited the fourth wave this week,” said Phaahla.

Phaahla said the National Department of Health has seen a 13,9% reduction of new cases and 6.3% reduction in hospitalisations. However, the Western Cape, followed by KwaZulu-Natal, aren’t out the woods just yet. Both provinces recorded their highest number of cases this past week.

As of 13 January, South Africa has administered 28.7 million doses of vaccines to a total of 18.4 million adults (45.5%) above the age of 18 years old. However, Phaahla said that the vaccination rollout struggled over the festive season because people focused on festivities. Since the start of the month, it has picked up but is still well below 100 000 does per day.

“The current rate isn’t good enough so we hope it increases,” said Phaahla.

“The challenge for Gauteng is just that they’re dealing with a very huge population. So despite administering close to five million doses, that only covers 42% of the adult population,” explained Phaahla.

“We are consistently seeing a decrease in severity and deaths in the fourth wave. A lower proportion of patients were admitted as well as those requiring  oxygen ventilation and treatment in ICU,” said Jassat. 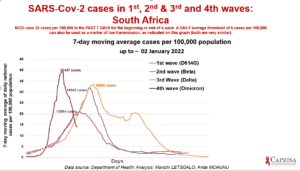 The NICD uses 30 cases per 100 000 a day in the last seven days. This will determine when the current fourth wave, fuelled by the Omicron variant, will end. (Photo: Twitter)

“There was increase in the admission of children during the fourth wave, but not in terms of severity or death,” he said. Most affected individuals were unvaccinated.

The highly mutated Omicron strain was first detected in South Africa last year which soon spread to all parts of SA. A total of 149 countries have detected this variant as at 6 January 2022.

“We cannot predict the future trajectory of the COVID-19 virus and its variants. But, we have been able to deal with the fourth wave. The future does look brighter if we all do our part to get vaccinated,” said Phaahla. – Health-e News