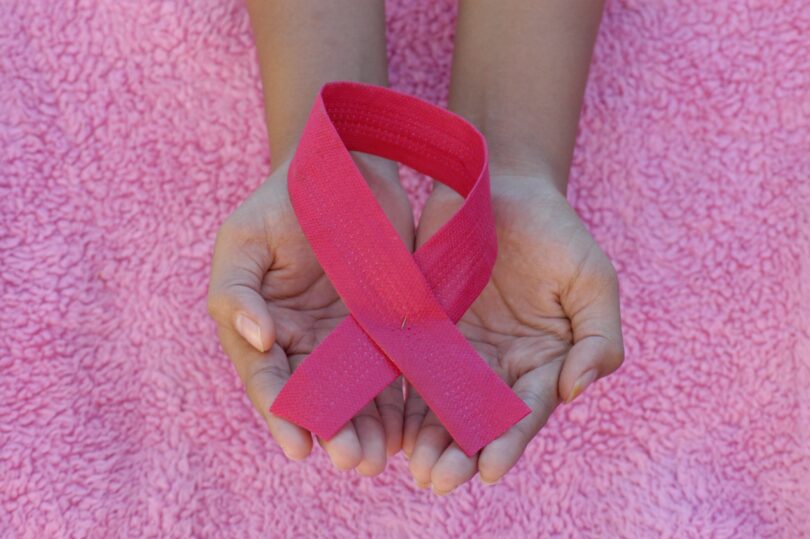 A grieving brother has called on the National Department of Health to make cancer treatment accessible within all corners of the country, especially rural communities.

Muntu Nyathi lost his sister to breast cancer two weeks ago and in light of World Cancer Day (today), he has shared his story to highlight the difficulties ordinary South Africans face when fighting cancer.

“Though my sister was well on her road to recovery when she passed away, it still pains me to think what she went through to access treatment. There are no public facilities in Mpumalanga. So, my sister had to travel ong hours to receive treatment in Gauteng,” said Nyathi.

Sharlotte Nyathi wasn’t feeling well and felt a lump in one of her breasts in December 2017, so she went for a checkup at Hlokomela Women’s Clinic in Hoedspruit in Limpopo, not far from her home in Bushbuckridge, Mpumalanga. After a careful screening, the nurse decided to refer Sharlotte to the Helen Joseph Breast Care Clinic (HJBCC) in Johannesburg for tests.

The mother of two boys underwent a mammogram and biopsy and was asked to return to HJBCC where they broke the news to her that she had breast cancer. They also told her that she’d have to undergo eight cycles (every three weeks) of chemotherapy before surgery.

For almost eight months in 2018, Sharlotte was forced to travel back and forth between Johannesburg and Bushbuckridge via bus. Once she arrived in Joburg after a hours of travelling, she’d sleep over at her brother’s place in Daveyton. She’d then wake up early to catch a taxi to HJBCC, head back to her brother before returning home.

Nyathi said all the travelling his sick sister had to endure was torturous.

“It makes me so sad to think of what she went through. I often think of how different things could’ve turned out if we had fully equipped public facilities back home. The travelling didn’t only tire her physically, but also cost a fortune. She had to pay for her bus tickets which was tough on her as a self-employed clothing designer,” he explained.

Dr Manala Makua, from the health department, said that provinces which used to refer patients to Gauteng, no longer do because provincial hospitals are now equipped to offer cancer services.

“Since 2019, patients who require treatment, especially chemotherapy, are treated in Mpumalanga. Patients who need radiation therapy still have to go to Steve Biko Academic Hospital in Johannesburg,” said Makua.

“We are still in the process of establishing a radiation therapy centre in Mpumalanga. But due to the complexity, related expenses and COVID-19, it took a while. We hope to have it up and running within the next two to three years.”

Makua further stated that cancer patients from Limpopo and North West who travel to Gauteng, often do on their own accord thinking better treatment is on offer.

In and out of hospital

Sharlotte underwent a lumpectomy in November 2018, but had a second three months later when the results showed that she still had cancer. She eventually had a mastectomy to ensure that all the cancer was removed in May 2020. Her radiation therapy was delayed by five months due to COVID-19 but finally became a reality later that year. Before she died after having difficulty breathing, she was due for a CT scan to check whether the cancer had metastasized.

“Her boys are struggling to cope with their mother’s death. But at least, their grandmother is able to look after them.  It will be a good thing if they can equip local hospitals in rural areas to be able to provide cancer treatment. I do not wish to see other cancer patients going through what my sister did, it’s just not fair,” said Nyathi.

The World Health Organization (WHO) confirmed that in 2020,there were 2.3 million women diagnosed with breast cancer and 685 000 deaths globally. At the end of 2020, 7.8 million women are reported to be living with cancer, making it the most prevalent cancer in the world.

The struggle is real

Breast Health Foundation’s Louise Turner said women who reside in smaller towns or in rural areas, have difficulties accessing breast cancer care. Some are forced to wait for months to receive treatment.

“We currently have a very fragmented system in our health care. There are several breast clinics in the tertiary hospitals in SA, mostly in the major cities. Some are open access meaning you do not require an appointment or referral. Others require a referral letter from a clinic then an appointment is granted. Some patients wait months to access these units,” said Turner.

“Most women do not have access until they are symptomatic or have a very advanced breast cancer. Treating these patient’s is more challenging as they need referrals to larger hospitals and many only receive palliative care as their breast cancer has metastasized, spread and is incurable,” she added.

Turner further stated that many hospitals do not have the correct equipment or qualified staff who are able to offer cancer treatment.

“Once a patient is diagnosed, they still face further challenges of accessing medical and radiation oncology. This is also a problem as most provinces only have one tertiary hospital and the entire province is referred to that unit. Many patients default, mostly for socioeconomic reasons. There are not enough units to serve the population. Many hospitals do not have the correct equipment or qualified staff,” explained Turner.

“This includes nurses at primary care level that have not been trained in doing clinical breast exams or the referral process for them to be screened. For example, there is a three-year waiting list for radiation oncology at Charlotte Maxeke Johannesburg Academic Hospital (CMJAH). The provincial health departments do not acknowledge the cancer burden as a major health challenge and do not plan appropriately for these patients.”

Turner added that women are still being forced to wait for months for mammogram appointments which delays treatment.

“There are several functional breast units in our major cities. However, not everyone has access to these units. In some regions up to nine months from presenting with a breast problem,” said Turner.

“Cancer is an expensive disease to treat. This process starts with education, screening equipment, diagnostic services, treatment regimes,access to drugs and follow up care. In South African your breast cancer journey depends on two things: how much money you have and where you stay. This should not be the case. Our government is not closing the gap on access for all cancer screening and diagnosis.”

Mpho Munyai* from Germiston in Gauteng, who was diagnosed with stage four breast cancer in 2020, has been waiting for 16 months to undergo radiation. She was told that there is a severe backlog at CMJAH due to COVID-19.

“I am stressed because I do not want this cancer to spread as I have already lost a friend to this deadly disease. Every night I ask myself before going to bed, will I wake up? How long I am I going to survive this?” said the 36-year-old.

She added: “They told me that I have to wait for two to three months before I can undergo radiation. I am worried that by the time I have radiation therapy, the cancer has returned.”

Makua said that besides a delay in surgeries due to the pandemic, the damaged infrastructures at CMJAH have caused even further delays.

“Besides damage from the fire, there was also flood damage. However, Steve Biko Academic hosptial absorbed the pressure because it has two new machines,” said Makua. –  Health-e News

*Indicate a name change, to protect the identity of the source.