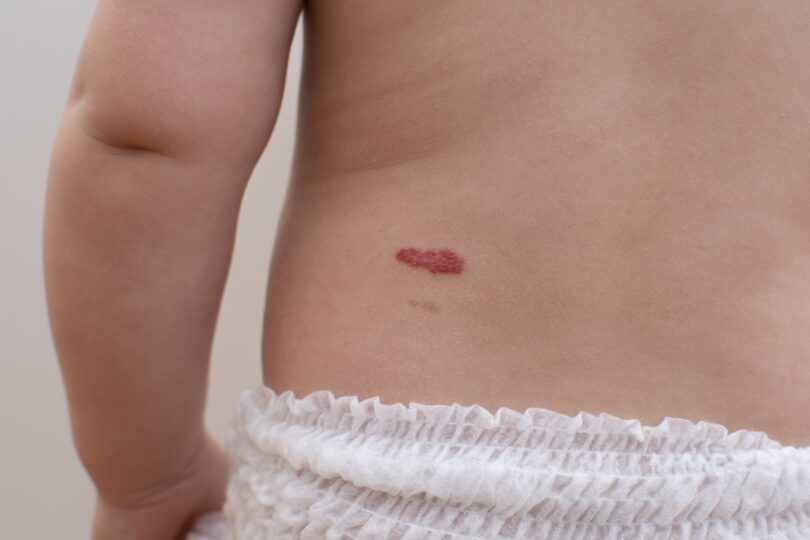 Many South African parents believe that their children might die if they are born with a birthmark, a fear instilled by family and friends. (Photo: Freepik)

As the globe marks World Birth Defects Day today, many South African mothers and fathers are still gripped by fear based on superstitions and myths.

Frustrated by this trend, a Limpopo doctor is educating parents about birth defects to empower them to accept their children’s conditions, and follow medical advice.

Mashudu Modjadji is afraid her 16-month-old son will die because this is what relatives and strangers constantly tell her. The reason is a reddish mark that developed on her son’s neck when he was six-months-old.

This Limpopo mom is one of thousands of parents who battle superstition and myths, and whose children face judgement because of birth defects.

The mark is a salmon patch. It is also known as a stork-bite or angel kiss. It is often found at the nape of the neck, between the eyes or on the eyelids,  and is caused by collections of capillary blood vessels found close to the skin.

“The medical term is Telangiectatic nevi. In African languages, it is known as Rigoni, Gokhonya or Thama,” said Zitha.

“The mark usually disappears in the first years of life as the skin’s top layer thickens. It is neither fatal nor dangerous and the condition doesn’t need treatment. Most complications arise when people fiddle with it,” he stated.

An estimated 240,000 newborns die within 4 weeks of birth every year due to birth defects and lack of access to quality care services.

On Thursday's World Birth Defects Day, @WHO has details on how to help prevent, detect and treat congenital anomalies: https://t.co/krKLORKSCC pic.twitter.com/LxHrUdBppu

“In African babies, an increasing number of cases end up in death due to the intervention that the parents or grandparents take. Herbal intoxication or severe secondary infections normally complicate the baby’s health,” said Zitha.

The World Health Organization (WHO) states that birth defects are structural or functional anomalies that occur during intrauterine life and can be identified during pregnancy, at birth, or sometimes only later. They may be caused by one or more genetic, infectious, nutritional, or environmental factors.

‘Our responsibility to empower’

“They are usually under so much pressure from elders and are threatened into compliance by myths and superstition. As medical practitioners, it is our responsibility to empower new moms to stand their ground with facts and reason. This is not a deadly condition,” he said.

But, Modjadji can attest to how difficult it is to stand up and overcome this fear.

“I even took him to the clinic to enquire more about the condition. They told me not to worry as the mark will fade as time goes on. But to be honest, I live in fear that my son might die as the result of the mark. They even told me that if I don’t get traditional medication to treat him, he’ll die before he turns three,” she added.

She said she feels confused by the information she is getting.

“I trust and believe in what the nurses at the clinic have told me. They said I should leave the mark as it is, and I should not do anything to treat it. On the other hand, my relatives constantly remind that I need to take action. But, I guess I will just have to wait and see what happens as time goes on,” said Modjadji.

She believes new mothers must be educated about birth defects so they are not scared into bad medical decisions because of superstitions and myths.

“Not enough is being done to raise awareness about baby birth defects. This is why we have so many different theories, especially in rural areas,” she concluded.  – Health-e News