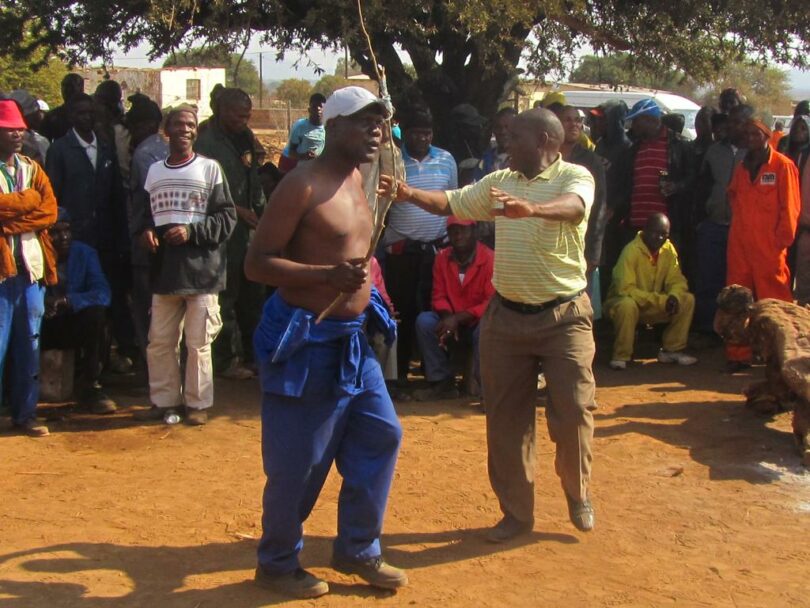 The Limpopo and Mpumalanga health departments have put all measures in place to ensure the safety of young initiates who are able to enroll for cultural circumcisions. (Photo: Montsho Matlala)

Young boys and men are looking forward to participating in the ritual of becoming a ‘real man’ after cultural circumcisions were given the green light to resume in Mpumalanga and Limpopo. This follows a two-year ban due to COVID-19.

Koketso Maile*, of Matibidi in Mpumalanga, is all smiles and can’t wait to begin his next chapter.

“I am already old and should’ve gone through my rite of passage at the age of 12 so that I can cope without distractions like dreams and girls. I have already undergone medical circumcision, but going to the mountain is something I’ve been looking forward to,” said the 15-year-old.

But some aren’t as lucky as him.

Mogau Kekana*, who resides in Zebediela in Limpopo, has chosen to put his studies first.

“I am 17-years-old and currently studying at university. If I take a break now, I might lose my NSFAS bursary. But I know in my heart that I will go to initiation school one day, even if I’m 21. This pandemic has ruined my cultural pride,” said Mogau.

Mpumalanga gets the ball rolling

The Mpumalanga Department of Health has already established emergency response teams in all districts where traditional male initiations will open. However, the Provincial Initiation Coordination Committee is still compiling application numbers for the schools’ permits.

“Each school will receive three bottles of sanitiser a day, as well as one mask per person. We have MOUs (memorandum of understanding) with different support partners such as Right to Care. The provision of personal protective equipment (PPE) provision for initiates rests with them,” said Malamule.

“We are planning to host two training sessions for traditional surgeons in the Nkangala district, one in Gert Sibande and the final two in Ehlanzeni before the start of the initiation period,” he added.

Malamule further stated: “While we encourage all initiates to vaccinate against COVID-19, it is not a mandatory requirement.”

The department will also hire extra nurses for backup in the monitoring of cultural circumcisions at initiation schools.

Malamule explained: “We are going to increase our capacity by employing more nurses in order for us to handle any disaster that may occur. Nurses and doctors will be contracted on a temporary basis by Right to Care and not the department directly.”

He added that a minimum number of boys to be admitted is encouraged.

The official date for commencement is yet to be announced in Limpopo. Hitekani Magwedze, Spokesperson for the provincial Department of Cooperative Governance, Housing and Traditional Affairs (COGHSTA), confirmed that over 400 applications had been approved.

However, there is no word yet as to how initiates and their mentors will be kept safe.

Limpopo department of health spokesperson, Neil Shikwambana, said they are unable to make any announcements before traditional leaders declare the season.

Kgoshi Malesela Dikgale, Chairperson of the Limpopo House of Traditional Leaders, repeatedly promised to share information but had not done so at the time of publishing.

Prior to the COVID-19 motivated ban, Limpopo occupied No 1 spot for having minimal fatalities during cultural circumcisions.

This was mainly due to the establishment of monitoring teams comprising health workers, traditional leaders and police. Circumcision circumcisions are also mostly performed by hired medical doctors who themselves had graduated from the rituals.

Another contributing factor is that most initiates enrol after having already undergone medical circumcision.

In Mpumalanga and Limpopo, boys participate in cultural initiation rituals during winter school holidays, usually for six weeks. This means that they have to miss a few days at school.

“The Limpopo Department of Education recognises the fact that communities have rights to practice their cultural practices. At the same time, the department has a responsibility to ensure children have rights to education.

“Currently the department has no catch-up program that strictly caters for these learners. We advise individual schools where such practices prevail, to work out catch-up programs that will assist such learners,” said Chuene. –Health-e News