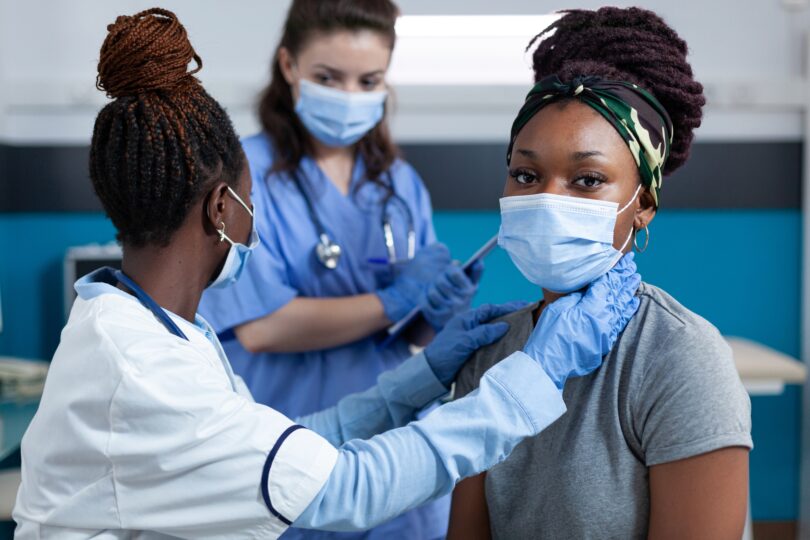 A global health advisor said that several diseases like tuberculosis and malaria have been overshadowed during the COVID-19 pandemic and that the world needs to regroup. (Photo: Freepik)

A global health advisor believes that non-communicable diseases (NCDs) have lost ground as the world continues to grapple with COVID-19 two years on.

The impact of losing sight of the fight against diseases like tuberculosis and cancers will be felt for years to come.

Dr Chris van Straten, regional medical director of Clinical Governance for Africa at International SOS, said the world was on the right track before the pandemic kicked in. But since the novel coronavirus was detected in 2019, urgent attention is needed to refocus on NCDs and other infectious diseases.

“We know about conditions like hypertension and diabetes before the pandemic. And we know that they are very much lifestyle related. For example, if you don’t exercise a lot and sit in front of your TV or computer all day, you’re more likely to develop weight issues or diabetes,” said van Straten.

He added: “Before the pandemic, there was a lot of attention placed on these conditions in some countries. It was all over the media, doctors checking and screening people for NCDs and we were making progress and winning. But then COVID-19 came along.”

The World Health Organisation (WHO) estimates that death from NCDs is likely to increase globally by 17% over the next 10 years. It is also likely that we will see a 27% increase, which includes 28 million additional deaths, by 2030. This number is way higher than the projected deaths due to communicable, maternal, perinatal and nutritional diseases combined.

Van Straten said that all the focus and attention was shifted to COVID-19 preventative measures such as the wearing of masks and lockdowns. It made sense that the virus was prioritised, but because of this, a lot of people couldn’t access regular screenings, go to clinics for follow-ups or even to the dentist.

“We lost a lot of focus and momentum that we had with NCDs before COVID-19. But, it’s not a train smash, we just need to refocus and keep an eye on COVID-19. We also need to gain ground with NCDs – like with screening, exercise and good nutrition,” said van Straten.

Van Straten also stated that the fight against TB has been overshadowed by COVID-19. He warned of a rise in infections and deaths since fewer people were screened and tested for the disease.

#TB remains the leading cause of death by an infectious disease, despite being curable. According to the @WHO, 10 million people are infected with #TB every year. As World #TB Month comes to end, remember that #TB is curable.
Click here for more: https://t.co/yOrgXLUhUU #EndTB pic.twitter.com/MherIYLpo8

“We work across many African countries and from what I am seeing, it worries me a lot. Before the pandemic, we were detecting and treating thousands of people successfully, including South Africans. The level of transmission dropped and less people were dying from TB,” he added.

Van Straten said the situation is concerning having survived tuberculosis himself 10 years ago.

“People couldn’t get tested and only got diagnosed when they started coughing blood and losing weight. If we don’t pick it up early enough, people can die or have permanent damage,” he explained.

Malaria on the rise

Malaria is another concern since cases have skyrocketed in several African countries.

“Cases of malaria are spiking in the northern parts of the country towards the Zimbabwe and Botswana borders. It’s still a problem, especially during the rainy season. In Angola, Mozambique, and the DRC, I’ve seen more cases and deaths in the last six months, then I’ve seen in a long time” said Van Straten.

The National Institute for Communicable Diseases (NICD), confirmed that 90% of global deaths occur in Africa. This amounts to 440 000 annual deaths. And in the last few years, between 2015 and 2019, South Africa has had up to 30 000 notified cases per year.

Van Straten said that the similarity of symptoms between COVID-19 and malaria has led to many people being tested and treated for the virus.

“That is correct, but if you’re in Africa, you can get the same symptoms and if malaria isn’t detected, it can kill you quickly,” he stated.

Cancer has remained the leading cause of deaths worldwide, accounting for nearly 10 million deaths in 2020. Van Straten said that the cancer burden is likely to increase due to a lack of screening.

“People were too scared to go to clinics and some hospitals were overwhelmed. The number of cancers has escalated and there is not much we can do now. We need to get our eye back on the ball,” he said.

Van Straten also indicated that there is also an urgent need to protect the planet to curb diseases.

“If the planet is healthy; temperatures are stable and we have clean air and water, then we as humans are going to be healthy. For this to happen, there shouldn’t be any air pollution or waste, chemicals and plastics in our seas,” he added.

Van Straten also emphasised the importance of not contaminating soil with chemicals which will affect the nutritious value of food. “If we don’t look after the planet, the trees, rivers and animals, then we are going to suffer because we are all connected.”

He spoke during the WHO’s emergency committee meeting for COVID-19 yesterday.

He added: “In countries with high population immunity, we have seen a decoupling of cases from hospitalisation and deaths. In other countries, the massive increase in cases has led to large numbers of hospitalisations and deaths compared to previous waves.”

Ghebreyesus further stated that he is concerned that a high number of healthcare workers are yet to receive a COVID-19 jab. – Health-e News