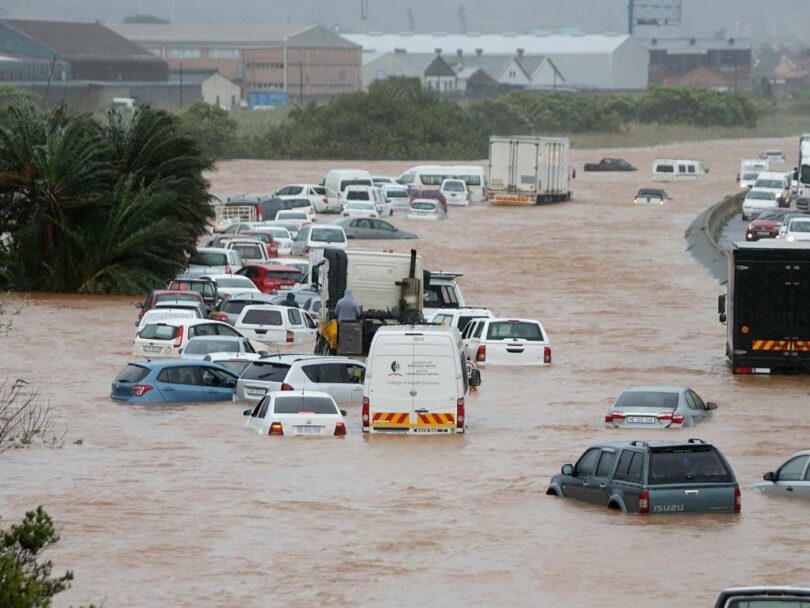 This past weekend the South African Weather Service issued a level 10 weather warning for disruptive rainfall in Kwa-Zulu Natal. This came less than two months after the province faced major floods that destroyed homes and claimed over 440 lives.

The province is still recovering from the impact of the devastating floods and communities are faced with many challenges, going forward.

According to the World Health Organisation (WHO), climate-sensitive health risks are disproportionately felt by the most vulnerable and disadvantaged, including women, children, ethnic minorities, poor communities, migrants or displaced persons, older populations, and those with underlying health conditions.

“We are seeing ecosystems collapse, crops fail due to severe weather, frequent locust swarms, and devastating floods.  It is making the hunger crisis worse and we are beginning to see climate famines emerging,” said Simane.

Simane said people who live in rural areas are often the hardest hit when disasters like floods occur.

“A lot of families in rural areas rely on subsistence farming. When the floods wash away their small vegetables and corn plantations while killing their livestock, they remain destitute.”

He said it was concerning that rural communities are not connected to early warning systems.

“Many had no idea just how severe the floods would be because the state has failed to develop adequate early warning mechanisms to warn rural people about impending catastrophes”.

Though the province, NGOs, and country are focusing on ways to continuously assist those who have been affected by the KZN floods, Simane warns that these events will only increase in frequency and severity.

“It is hard to say when or how the poor will recover from the KZN floods because the climate crisis is only getting worse. It’s hard to say they will recover in 10 years or 15 when knowing that in just 7 years we will be living in a world of 1.5° increase in climate temperatures”.

When flood disasters occur, levels of inequality and poverty determine how different communities are affected by these disasters. A 2020  Poverty and Equity Brief by the World Bank Group states that South Africa is one of the most unequal countries in the world.

“Inequality determines the rate of recovery. Those with resources like insurance, investments, and savings will recover way better than families whose sole source of income is a government grant,”  said  Simane

Simane believes that the climate crisis is the greatest threat to our food systems and if communities cannot access food either due to availability or affordability then their health inevitably suffers.

“We need to transform our food systems through food sovereignty. Unless we produce food locally using agroecology that follows nature-based solutions that farm with nature without agrochemical inputs then we will see the hunger crisis worsen,” he said.

“We need to put the entire country on a climate emergency footing”.

Nomfundo Mkhaba, an African-centred feminist who has worked within the community development sector in Durban and the broader KZN region for ten years, said the climate crisis also affects the health and education of  South African girls health and education.

“Climate change has caused major changes in the global environment, which has increased the vulnerability of the ecosystem and human societies based on their socio-economic status, demographics, and other environmental factors.

She said this has been experienced against a background of other global changes, such as population growth, land use changes, and the depletion of natural resources, which have implications for health,” said Mkhaba.

“Adverse effects are likely to be directed towards the poor population that already experiences inequalities in the home and the community. Women are said to be disproportionately vulnerable to climate change and like any other natural disaster will threaten to increase the inequalities”, said Mkhaba.

Mkhaba said that low educational performance affects the resources available to girls, the type of jobs that girls can occupy and access in adulthood, and even the enjoyment of economic rights.

“Girls dropping out of school early are more likely to experience poor health, have children early and more children over time, and earn less in adulthood. This makes it more likely that they will live in poverty.” – Health-e News