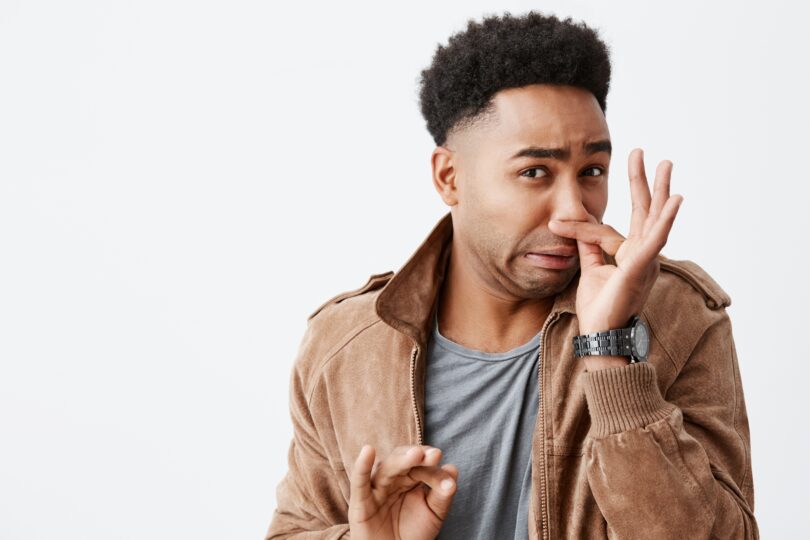 Big stink: Health effects sweep in with winds in Gauteng

From rotten eggs to hints of sewage in the air, the strong winds coming from Mpumalanga to Gauteng have triggered a lot of conversation and health warnings.

Last week, the Gauteng Weather Service issued an alert via Twitter warning expecting these winds to move in until Thursday. Social media was full of posts of people sharing what it smelt like in different parts of the province.

However, on a more serious note, these winds carry health-impacting consequences.

“Strong winds are not necessarily the problem; it is what these winds carry with them that pollutes the air. We know that there are pollutants, but we cannot pinpoint the depth of the pollution problem at this point,” said Nyambi.

⚠️ ALERT: BIG STINK RETURNS TO GAUTENG DUE TO WINDS BLOWING IN FROM MPUMALANGA!!! UNHEALTHY AIR QUALITY FOR SENSITIVE GROUPS UNTIL SATURDAY!!!

Nyambi said that air quality monitoring stations are in place to test the air and make these determinations over the next few days.

He further explained: “There are many sulphates in the air which gives off a pungent smell. These chemicals can cause health problems since the air is not clean. People are now vulnerable to several respiratory infections, inflammations, and other illnesses.”

There was a similar incident in June 2021 when high methane levels were detected in Gauteng and Mpumalanga. A year later and another foul smell is circulating in the air.

“We know that air pollution is a problem and can bring about psychosocial issues. This includes your mental illness conditions or problems. But, how often do you go to the doctor and say you feel disorientated or don’t feel like yourself because of your environment? It can be hard for doctors to link chemical exposures to health conditions,” Nyambi added.

He described pollution as a silent and slow killer because it is difficult to trace a death caused by the accumulated inhalation of dirty air.

“There’s also the harm of toxicology when dealing with chemicals, airborne particulates, which are regulated by law because they have negative health outcomes. So, people should be concerned. It is the business of the relevant departments and the air quality monitoring because this shouldn’t happen. Something’s going wrong somewhere. There are policies to mitigate this effect when companies exceed these limits,” said Nyambi.

Section 2 of the Constitution of the Republic of SA says health is a right and should be protected. Environmental management is housed under Section 24, where the government is responsible for protecting the environment and people from such adverse outcomes. This section explained that everyone has a right to an environment free from harm.

The long-standing battle against the poor air quality in Mpumalanga reflects the defective upholding of this right.

“In Mpumalanga, there are heavy industries. We generate our electricity from there via Eskom plants, and also, we generate metals. There are a lot of mining activities, especially coal mining, in the Secunda area. These coal mines end up at the Eskom power generation plants and also end up at a Sasol. Here, they are used in different processes to produce our petrol and other chemicals,” he explained.

Sasol, a chemical plant, has previously been investigated for the air pollution in Gauteng. The plant was believed to be the source of sulphur dioxide which affected the two provinces last year.

Albi Modise from the Department of Forestry, Fisheries and the Environment said that they don’t know what the source of the stink is.

“We are investigating the source of the stench over parts of Gauteng. The department has noted concerns about the strong smell and is working with environmental and air quality officials in Mpumalanga, Gauteng, Limpopo, and North West. We are also determining whether prevailing wind and weather conditions have contributed to the smell travelling over a long distance from another province.” – Health-e News