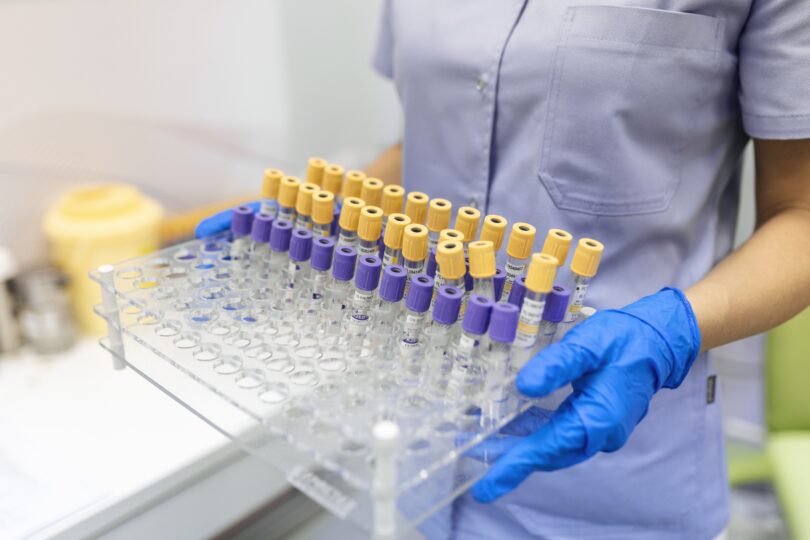 A mother of three from the North West is calling on black South African stem cell donors to help give her husband a second chance at life.

Bomikazi Mtengwane, 36, said nothing would make her happier than seeing her husband healthy and returning home to her and their children.

According to Mtengwane, life has not been the same since her husband was diagnosed with T-Cell Acute Lymphoblastic Leukemia, a type of cancer involving the bone marrow where blood cells form.

When her husband, Unathi, also 36, had flu-like symptoms in 2017, they didn’t think it could lead to the life-altering diagnosis that forced him to receive leukaemia treatment at Soweto’s Chris Hani Baragwanath Academic Hospital in July last year.

“He started having flu in January 2017 but did not want to go to the clinic or doctor. Unathi just told me to buy him flu medication, and I didn’t think twice since everybody gets flu,” said Bomikaze.

Her husband’s condition deteriorated, and he was feverish, which concerned her. She thought it wasn’t just flu, but he insisted he was fine.

“At that time, he was supposed to start a new job, so he was not going anywhere. One day, he stood up, and I noticed that he had lost a lot of weight, so we decided to go to the doctor, where he was unfortunately misdiagnosed. They suspected that he might have kidney failure because he could not urinate,” she explained.

Her husband got treatment for the suspected kidney failure, which included antibiotics, but almost three weeks later, he developed new symptoms.

Mtengwane explained: He developed bruises on his body, was unable to eat well, and his lymph nodes swelled up. I thought it was cancer because I had done some research, but I was in denial because he is my husband, and I did not want him to have any cancer.”

The hospital referred him to a doctor who identified an abnormal growth of cells and sent him to the Klerksdorp Hospital, where he was diagnosed with leukaemia.

Mtengwane’s fears were confirmed, but the look of despair on her husband’s face broke her heart.

“When I looked him in the eyes, he had given up hope, and he was just so defeated. They told us that he had a week or two to live had he not been diagnosed when he was. Cancer had taken its toll on him,” explained an emotional Bomikazi.

Unathi was immediately admitted to the hospital and started on chemotherapy. He was discharged a year later, and they thought the worst was over. But, during a routine check-up in 2021, doctors confirmed a typical molecular cancer in his cells which required him to undergo a life-saving blood stem cell transplant.

Despite being overwhelmed by having to travel between provinces to visit her husband, and her children, aged 6, 9 and 15 years, missing out on having their father at home, Bomikazi told Health-e News that her main priority was to see her family reunited.

She added: “I have stopped worrying about finances. All I want is to see him return and not need medical care. Until that day comes, I try not to worry as much.”

Bomikazi also encouraged black people to become stem cell donors to help people like her husband have an increased chance of finding a match.

After being unable to find a match within their family, they reached out to DKMS Africa, an international non-governmental organisation (NGO) dedicated to the fight against blood cancer. The Mtengwanes asked it to assist them in raising awareness and recruiting new blood stem cell donors, especially from the Black community.

DKMS also has a stem cell donor registry with over 11 million donors worldwide and works with different organisations to debunk myths about stem cell transplantation.

@RediTlhabi hi ausi @RediTlhabi, I work with an organization called @dkms_africa, we are trying to get SA to be stem cell donors, I am also indeed if donation since am am suffering leukemia. Kindly spread the words to save live. pic.twitter.com/DqDg0LnIpg

“We fundraise to cover the cost of education and awareness about the need for and the process to become a blood stem cell donor, as well as the cost of the HLA tissue-typing test involved in recruiting donors,” said the Head of Communications at DKMS, Palesa Mokomele.

While there are fewer registered stem cell donors in the country, Mokomele said that the misconceptions around blood disorders and stem cell donations remain challenging.

Mokomele further added that there was confusion about the different donor databases where people often did not understand the difference between blood donation, organ donation and stem cell donation databases.

According to the Deputy Director and Head of Donor Services at the South African Bone Marrow Registry (SABMR), Jane Ward, there are currently 76 000 registered donors. There is a 1 in 100 000 chance of finding a match.

Ward explained that at least 200 patients are referred, hoping to find a match. However, a significant challenge that prevents patients from finding a match is the low donor rates from certain ethnic groups.

“Patients are more likely to find a match within their ethnic group. The lack of donors of colour is not unique to South Africa. Globally, there is a 27% chance of people of colour finding a match, compared with people of European descent at 70%,” said Ward.

An estimated 4 000 new cases of blood disorders like leukaemia and lymphoma occur in the country each year, and most patients have a chance of being cured through a bone marrow [stem cell] transplant.

Only about 2.8% of Black leukaemia patients referred to SABMR for a stem cell transplant, and are unmatched in their family, are lucky enough to find an unrelated donor.

“Sadly, the remainders don’t have a transplant and eventually succumb to the disease. Some of them are still babies,” added Ward.

At least 47 880 more Black people and those with mixed heritage backgrounds are needed to help SABMR with transplants.

What you need to know to become a donor

Ward further noted that there are several barriers when it comes to signing up.

You must be between 16 and 45 to register to become a stem cell donor. You register online by completing a health history questionnaire.

A cheek swab is then done at a SABMR depot. Alternatively, a kit can be sent to the potential donor free of charge. Then your information is added to the donor database, and your cheek swab is sent to an accredited laboratory. The results from the swab are then sent and uploaded to the SABMR database.

Mokomele added: “When someone is a match, they will have to take growth factors to stimulate the growth of cells. No significant evidence suggests that G-CSF (granulocyte-colony stimulating factor) causes serious health side effects. There could be some mild short-term flu-like symptoms.”

Some of the conditions that make people ineligible to become stem cell donors include: