Home » Health workers fight tooth and nail to save their jobs 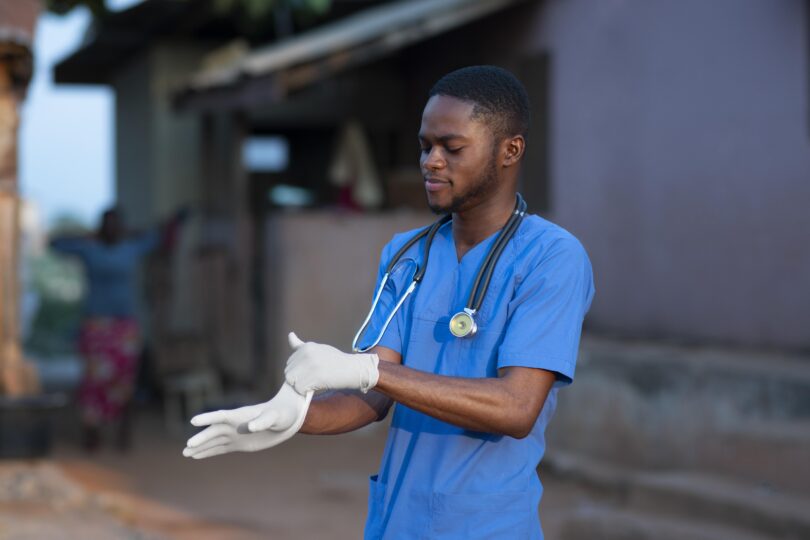 Thousands of frontline health workers have had their contracts terminated after being roped in to help with COVID-19 last year. (Photo: Freepik)

Health workers fight tooth and nail to save their jobs

Thousands of health workers in the Free State are out of jobs following the termination of their contracts post-COVID-19.

Hired to help fight South Africa’s devastating COVID-19 third wave last year, their futures are in the balance more than a year later.

Like other provinces, the Free State health department went on a hiring spree to boost the number of frontline workers in response to the pandemic. Their contracts were meant to end in March this year, but the Executive Council of the Free State recommended a three-month extension.

Recently, a group of these healthcare workers stormed into the offices of the head of the health department. They demanded that their contracts are extended.

One Bloemfontein-based worker said the process was confusing from the start.

“After receiving our contracts, we served the department wholeheartedly, risking our lives throughout the pandemic’s peak and now we are told we don’t have a job. The same officials who notified us that we’re out of contract now want to extend them,” said the worker.

She continued: “It’s traumatic to go to work in the morning not knowing if you’ll have a job at the end of the day. We hope they’ll offer us permanent employment because just as they need us, we need employment too. I don’t know where the next meal will come from if they decide to dump us.”

No beating around the bush

Mangaung Service Delivery Forum leader, Potso Motoko, was among the crowd who gathered at the municipality offices. As usual, he didn’t mince his words on corrupt senior officials.

“We all know there are workers whose contracts were suddenly extended, while others were not. If the contracts of those, who sleep with these corrupt officials, are promised extensions, we shall manhandle them out of the offices. We are tired of people who misuse the power given to them by the people,” he fumed.

The notorious figure was escorted out by police and has since accused the department of hiring foreigners.

“We know that our government cares more for migrants than our people,” said Motoko.

He insisted that ending their contracts would be wrong because these workers are needed to provide primary healthcare.

Motoko continued: “We have warned the department on numerous occasions that failing to employ enough [healthcare] workers will result in other workers being overworked or clinics not having enough staff. They should strive to absorb these workers.”

Meanwhile, the National Education Health and Allied Workers’ Union (Nehawu) in the Free State called on the government to hire the workers

“We want the department to employ all of them permanently and stop using the money [meant] for human resources to settle legal claims. The senior managers need to be accountable for shortages of staff caused by the exorbitant medico-legal claims. We don’t want our people to suffer because the department had budget constraints due to poor management. We can change MECs now and then, but if there is something wrong with the management, nothing will be proper in that department,” Nehawu stated.

Meanwhile, parents of the medical students studying in Moscow, Russia, have also joined in calling for the health department to pay stipends. They claim their children have experienced inhumane treatment.

This comes a week after a group of students sent grievances via social media.

“This is a government office, and we are not against anybody seeking help, but it must be peaceful. Some people chose not to follow protocol, which is against the law,” he stated.

As for the issue of students lacking food back in Russia, Mvambi added: “All the students with foreign bursaries have been contacted and helped accordingly.” – Health-e News