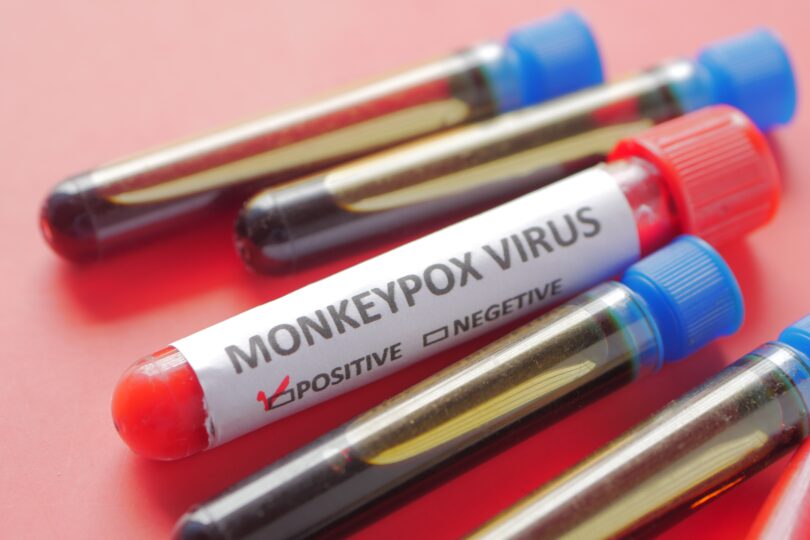 “On Wednesday, the 17th of August, we received a report from the National Institute for Communicable Diseases (NICD) about a fifth positive case of monkeypox,” said Phaahla.

The patient is a 28-year-old male from Johannesburg, Gauteng who had travelled to the Netherlands and Spain. The case was confirmed through a private laboratory and samples were sent to the NICD for sequencing.

Phaahla added that there is an investigation into whether the fourth and fifth cases are linked through travel history.  Earlier this week, Health-e News reported on another 28-year-old male who had travelled to Spain recently.

Spain has already recorded more than 5000 cases and two deaths. Johannesburg has recorded two monkeypox cases along with the Western Cape Province and Limpopo. The latter was a tourist from Switzerland who has since returned to his home country.

“The three other cases have been mild and have recovered. As far as we know, the fifth patient also has very mild symptoms”, Phaahla said.

Though the World Health Organisation (WHO) has not recorded any travel restrictions, Phaahla has encouraged travellers to exercise maximum caution.

Phaahla said that the South African Health Products Regulatory Authority (SAHPRA) indicated that there were no smallpox or monkeypox vaccines registered as of 1 June 2022.

They also stated that they currently do not have very specific registered antivirals for monkeypox.

“In terms of vaccination, there is no specific vaccine for monkeypox in our country. However, there are three main vaccines which have been confirmed in other parts of the world”, said Phaahla.

According to Phaahla, monkeypox is a  virus similar to smallpox and the vaccination for the virus was eradicated in 1982.

“Smallpox vaccines have not been included in our expanded programme on immunisation in South Africa. However, most people who are over 40 years of age, will have some form of immunity from the earlier vaccination”, he noted.

There are just over 28 000 worldwide monkeypox cases worldwide and 11 people have died. Scientists say that there is no need for mass vaccination as the situation is currently under control.

“At this stage, we don’t have any intentions of targeted screening. It’s not on the cards”, said Phaahla.

According to Dr Michelle Groome from the NICD Division of Public Health, Surveillance and Response, the isolation period for monkeypox is usually 6 to 13 days with a range of 5 to 21 days.

Groome confirmed that private testing for monkeypox is available.

“It would be similar to COVID-19 and would come with a cost at private labs. In terms of the NICD, we can do testing and have the capacity,” she added.

Look out for these initial symptoms; fever, headache, muscle aches, backache, chills and exhaustion. Within 1-3 days of onset of fever, blister-like lesions(wounds) will develop on the face and the extremities including the soles of the feet and palms of the hands. #Monkeypox. pic.twitter.com/cAp0VBtsP3

Dr Jacqueline Weyer, from the NICD’S Centre for Emerging Zoonotic and Parasitic Diseases, said that all of the cases that have been clinically diagnosed in SA have been done through private practices.

“The NICD has been offering testing since May, and recently, several private laboratories have come on board to increase the accessibility of testing and rapid testing turnaround times”, said Weyer.

Weyer explained that the infectious period for monkeypox ends when the last lesion has scabbed over.

“The blister-like lesion develops a scab as it’s resolving. When that scab falls off and a new layer of skin has formed under the scab, you are no longer considered infectious”, she said.

Dr Weyer urged South Africans who feel that they are possibly suffering from monkeypox to consult with healthcare workers and to access testing if required.