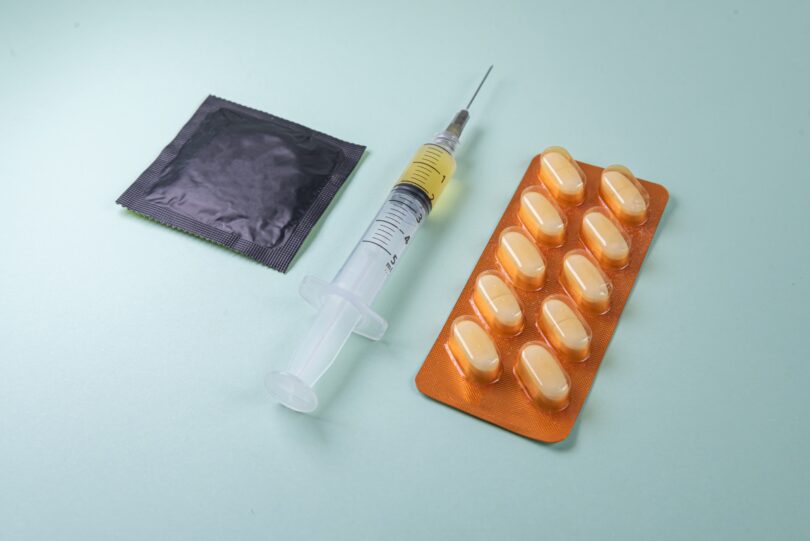 Active pharmaceutical ingredient shortages, production delays, and quality control issues are some of the reasons for a shortage of contraceptives between April and June this year. The Health Department revealed this in its response to the release of the latest Stop Stockouts Project (SSP) survey.

A total of 15,750 patients in 402 facilities participated in the SSP which took place between April and June this year. It covered seven provinces, excluding the Western Cape and the North West.

The data showed that of the 6.9% of patients who did not get the medicine they wanted, 40% indicated they required contraceptives. Over 76% of those patients said they use injectable contraception.

Injectable contraception stood out as the most reported medicine shortage across the country – more than twice that of HIV medicines and vaccines.

Across surveyed provinces, staff said the Depo-Provera injection is most commonly out of stock. The injection is taken at two or three-month intervals. This means that women who use it, don’t need to visit the clinic monthly. Oral birth control pills are the next most unavailable.

After male condoms, the survey shows that Depo-Provera is the second most requested and preferred choice of contraception.

When faced with a stockout, 67% of clinic staff said they give patients an alternative, while 17% said they offer a short supply. Others refer patients to a different facility or tell them to come back.

“While this is a reasonable response from healthcare workers trying to support patients, switching contraceptives can have a detrimental impact on women’s health. It is not a long-term solution to stockouts,” the report said.

In addition, the survey also showed that most staff at facilities don’t know how to manage stockouts. Responses varied from one to two days, to a full month.

Over 40% of facilities said that they don’t receive guidance from the Department of Health about dealing with stockouts and shortages.

“The essential drug list of primary health care shows that different types of contraceptives should be available at public health care facilities. However, whether the stock is there for this service to be functional is another question,” the report read.

What is causing the shortage?

Contraception stockouts are not new in SA but the cause of the latest round of stockouts is unclear. This is according to Dr Indira Govender from the Rural Doctors of South Africa Association.

“When we look at the supply chain, it starts at the procurement of the medicines down to the delivery of how it gets to the hands of patients. With so many links, there could be numerous interruptions at different points,” said Govender.

The health department said it was engaging with suppliers to identify challenges.

The government tried to mitigate the shortage of Medroxyprogesterone injections by sourcing section 21.

Provinces also revised demand estimates for the injection and communicated to the suppliers to prevent further stockouts.

Govender said healthcare workers couldn’t tell patients exactly when the contraceptives will be back in stock.

“The idea that there are other options or that you can just use something else is harmful,”  she warned.

Impact on girls and women

SSP said the lack of access to contraception was especially dire in rural areas.

“Switching and stopping negatively impact women on the ground. Stockouts have affected a lot of women and many decide to stop completely. Others are using pills they don’t prefer or are not suitable for their body and are experiencing side effects because of this,” said Shabalala

The research also indicates that other commonly reported medicine stockouts include HIV medication at 16% and pregnancy tests at 10%.

Absence of support for healthcare workers

The report shows that healthcare workers are trying their best to support and provide for women’s sexual reproductive health needs.

Lucy O’Connell, an advisor at the Southern Africa Medical Unit of Doctors without Borders (MSF) said the system is under-resourced and understaffed. She added that staff do not have the support they need to manage the situation effectively.

“Workers are overloaded and unsupported. Lack of training and skills on providing other contraceptives and different methods also plays a major role,” said O’Connell.

She said that not being updated on recent guidelines and developments on self-manageable methods of contraception, like the vaginal ring and injection, contributes to the lack of skills from healthcare workers.

O’Connell added: “Women are increasingly in need of depending less on healthcare facilities for contraception. Young people, sex workers and people on drugs are not confident in the system. When there is no supply of contraception, we take away the agency to choose between their sexual reproductive health.”

Boone Twala, a legal researcher at Section27, pointed out that the reproductive health policy guarantees women access to long-acting contraception of their choice.

Twala said the government is failing to provide access to reproductive health care.

“This failure violates so many other rights. Like the right to dignity, equality, and the freedom of safety and security, as well as the ability to choose when you want to have children,” said Twala.

She emphasised the importance of considering the socio-economic conditions in South Africa. Women who can’t access contraception or experience disparities in power relationships are more vulnerable.

“The system fails these women. They have unplanned pregnancies and must seek termination from the system that failed them. Some go ahead to have their baby and depend on the government for a child support grant. The train of this problem has a serious ripple effect,” she noted. – Health-e News