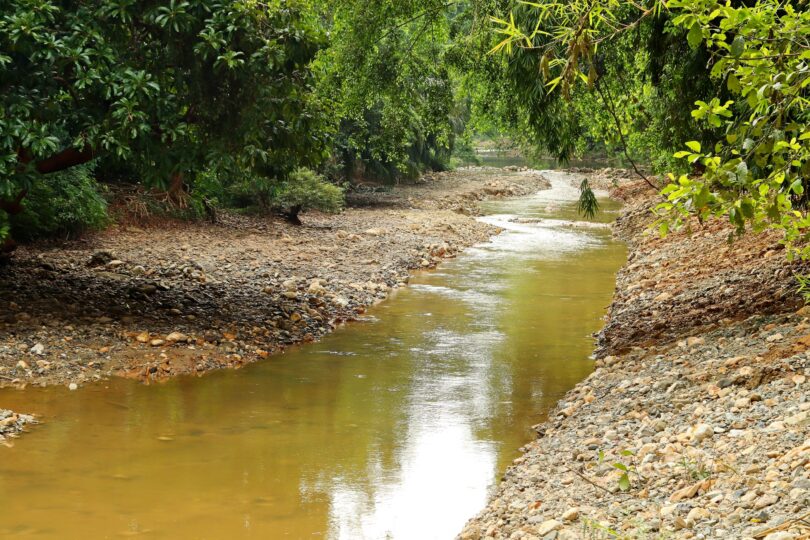 The prevalence of bilharzia throughout South Africa is a cause for concern as water sources become scarcer forcing people to seek alternative sources which aren't always safe. (Photo: Freepik)

Bilharzia: A silent disease lurking in our waters

A distressed mother from the North West was left with more questions than answers after her nine-year-old son was diagnosed with bilharzia.

It all started when Mokgadi Sebone* noticed blood stains on her son’s underpants. She immediately sat down with him before discovering that he’d been passing blood in his urine for some time. Worried sick, she took him to the nearest clinic where he was diagnosed with the tropical disease.

“When I saw the blood, I thought it was prostate cancer or kidney failure. But bilharzia? I’d never heard of such a disease. I didn’t know how to feel or what to think. Was my baby going to die and where did he get it? I had so many questions,” said Mokgadi.

The family lives in Moretele, a water scarce area far north of Pretoria, where residents have been using water tanks for over seven years. The area has open dams without any security where kids can go swim , putting them at risk.

Dr Jeanette Modungwa, who works in the North West Moretele Sub District, said that only a few cases have been reported. But no statistics are available because there is no hospital in the area yet.

According to the Department of Health, bilharzia is widespread in all parts of South Africa. However, some provinces are known to be endemic to bilharzia, such as Limpopo, KwaZulu-Natal, Mpumalanga, and the Eastern Cape. Parts of North West, Gauteng, Northern Cape, Western Cape and Free State have cases of bilharzia while the Northern Cape has recently shown an alarming increase in cases.

Bilharzia can affect various parts of the body like the lungs and brain and although not fatal immediately, complications can persist long-term.

According to the World Health Organisation (WHO), bilharzia is one of the two most neglected tropical diseases, both acute and chronic. Symptoms appear as the body reacts to the presence of the parasite and it is especially dangerous since it can damage internal organs. In children, it can lead to reduced growth and problems with cognitive development.

How it enters the body

Bilharzia infection occurs when larval forms of the parasite, released by snails, enter the skin. These worms live in freshwater bodies such as canals, rivers, lakes, ponds and reservoirs. Individuals become infected when they come in contact with the infested water while washing, paddling or swimming. Larvae that penetrate the skin, grow into adults and lay eggs inside the human body causing signs and symptoms in different organs. The parasites enter the skin and then migrate through the body to the blood vessels of the lungs and liver. From there, they may advance to the veins around the bowel or bladder. The worms lay eggs which are passed in the urine or faeces or remain in the tissues of the human host. Eggs that remain in the host are usually found in the liver  or the bladder.

Tsakani Furumele, Director of Communicable Disease Control at the National Department of Health, said bilharzia is mostly neglected. She added that since water shortages are common in South Africa, the disease deserves more attention.

Symptoms to look out for

After contact with freshwater bodies like dams, a rash or itchy skin (swimmer’s itch) may appear. This normally settles spontaneously. Within another month or two, a person who has been infected may experience fatigue, fever, chills, cough, muscle aches, abdominal pain, diarrhoea, dysentery and blood in the urine. This phase coincides with the maturation of the worms in the body.

Living in places with poor sanitation, and residing near contaminated water, mostly in rural areas where they still use dams, are risk factors.

There are several preventatives measures, including: