Home » How safe is it to drink rainwater? 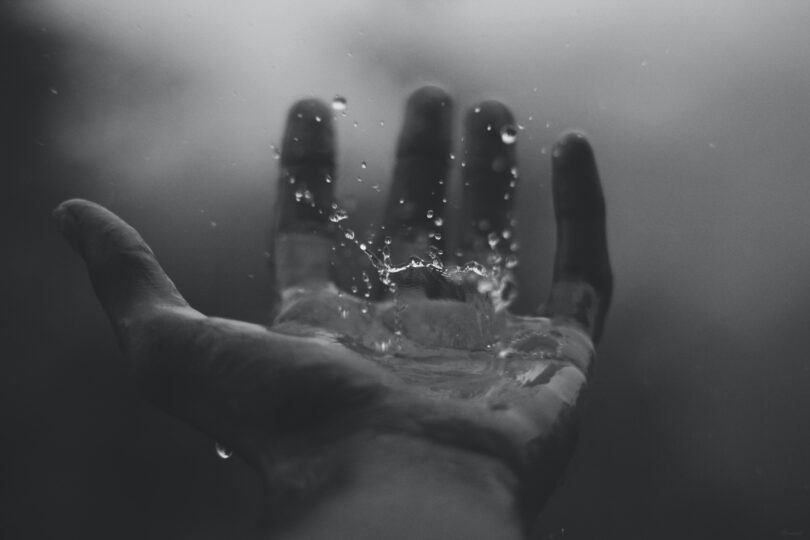 How safe is it to drink rainwater?

In many parts of the world, including Africa, people rely on rainwater as a source of drinking water, as well as for other household and livelihood uses. One of the reasons is water scarcity – sub-Saharan Africa has the largest number of water-scarce countries in the world. But there are concerns about how safe rainwater is to drink. It can be contaminated by dust and ash in the surroundings or by heavy metal from roofing material. Another concern is the presence of manufactured chemicals called perfluoroalkyl and polyfluoroalkyl substances (PFAS), or “forever chemicals”. As environmental scientist Ian Cousins and his team explain, they are a threat to the use of rainwater for domestic purposes.

What are PFAS, and why should we be worried about them?

PFAS are a group of man-made substances often described as “forever chemicals” because they never break down in the environment.

They are found everywhere – in air, soil, and water, as well as in wildlife, plants and humans. They can be found on the highest mountains, in the deep oceans and on both poles. A recent study highlighted the widespread presence of PFAS in rainwater, from the Tibetan Plateau to Antarctica, and noted that according to recently published health advisories, rainwater everywhere could be considered unsafe to drink.

According to the US Environmental Protection Agency, there are more than 12,000 of these chemicals in use. They have been produced and used on a large scale in a wide range of industrial and commercial applications since the second world war. Well-known uses include fire-fighting foams, non-stick cookware, and paper and board used to wrap and contain food. There are hundreds of uses, too numerous to list.

The recent extremely low advisories for drinking water were prompted by the observation that exposure to these chemicals can lead to decreased vaccine effectiveness in children.

PFAS have been used for a long time. But intensive research on them began only about 20 years ago. Since then, the knowledge of toxicity has increased enormously. Based on this knowledge, the exposure level that is considered safe for humans has been set lower and lower.

The PFAS levels in health advisories for food and drinking water have been reduced to a point that is hard to achieve. This is because the advisory values are close to or even higher than the PFAS level in the environment.

In our recent study, we showed that levels of certain PFAS in rainwater now exceed the guidelines set by the US Environmental Protection Agency, even in the remotest regions of the Earth.

It is important to note that the levels of the four PFAS in rainwater and other environmental media have not increased recently. The use and emission of these so-called “legacy” PFAS was discontinued in many countries in recent years. But their stability means that they will remain in the environment indefinitely.

The levels of the four PFAS in the atmosphere have been stable since they were first measured in the early 2000s, which means their levels have been above the most recent drinking water advisories since then.

The situation will also not improve soon. PFAS do not not break down in the environment. Their only route for removal from environments where we produce food is slow dilution into the deep oceans. Rainwater levels may take decades to fall below the levels set in health advisories. The exact recovery time is uncertain.

How are people most exposed?

For the larger class of PFAS, human exposure pathways vary enormously, and there are many thousands of other PFAS that are not monitored or studied at all, so we know nothing about their exposure levels or toxicities, which is concerning.

There are ways to remove PFAS from water, but it is not clear if the levels can be brought below the latest health advisories.

Regular vacuuming can reduce dust exposure, but there is no way to remove PFAS from food. Therefore, it is not possible to completely avoid exposure to low-level PFAS. Humans will have to live with it.

Is it safe to drink rainwater?

We are uncertain. It is unlikely that many of the effects listed above would be observed at very low exposure levels of pg/L or ng/L (picogram/litre and nanogram/litre are units of concentration). An effect that might be observed at these low levels is the decreased effectiveness of vaccines.

The health advisories are set so low because the authorities want to be close to certain that no effects will occur at those levels. The precautionary assumptions are used to ensure that the public is protected. Therefore, we have to hope that some effects on the large scale will not occur, but we cannot be certain.

What lessons can be learned?

There are more than 12,000 PFAS currently in use, with hundreds of individual uses. All PFAS are man-made and, therefore, they have no place in the natural environment. Due to concerns about their eternal presence and potential toxicities, scientists have suggested that PFAS should only be used where they are essential and that the essentiality of every PFAS used should be evaluated.