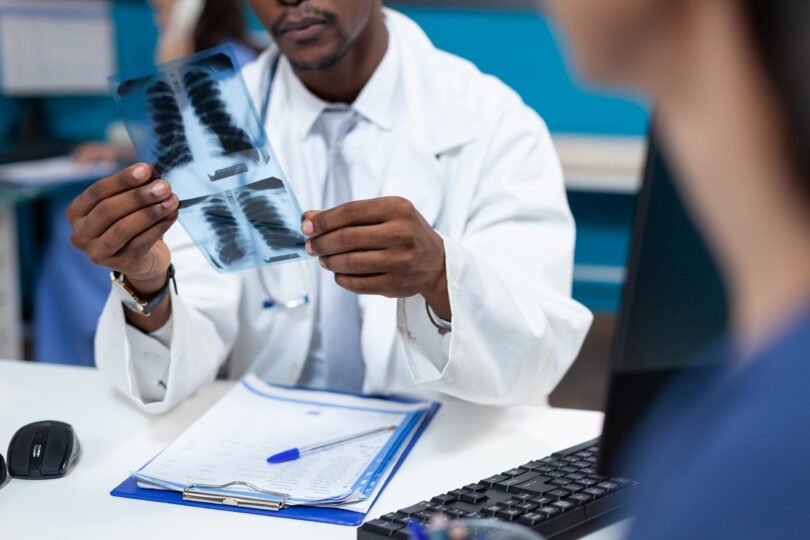 The 2022 Global TB report has revealed an increase in the number of TB cases globally for the first time in 20 years. (Photo: Freepik)

For the first time in two decades, there has been an increase in the estimated incidence of Tuberculosis (TB) globally. The number of deaths also increased during the COVID-19 pandemic and close to 11 million people fell ill in 2021 – an increase of 4.5% from 2020.

The newly-released World Health Organisation (WHO) 2022 Global TB report indicates that 1.6 million people died since 2020. This alarming figure includes 187 000 HIV-positive people while the burden of drug-resistant TB (DR-TB) also increased by 3% between 2020 and 2021.

‘First time in many years’

“This is the first time in many years an increase has been reported in the number of people falling ill with TB and drug-resistant TB. TB services are among many others disrupted by the COVID-19 pandemic in 2021, but its impact on the TB response has been particularly severe,” the WHO said in a statement released yesterday.

Though the rise has been mostly attributed to the pandemic, the ongoing conflicts across Eastern Europe, Africa, and the Middle East have exacerbated the situation for vulnerable populations.

WHO Director-General, Dr Tedros Adhanom Ghebreyesus, has urged the world to work together to end the global burden.

Lessons from the pandemic

“If the pandemic has taught us anything, it’s that with solidarity, determination, innovation, and the equitable use of tools, we can overcome severe health threats. Let’s apply those lessons to tuberculosis. It is time to put a stop to this long-time killer. Working together, we can end it,” said Ghebreyesus.

WHO also stated continued challenges with providing and accessing essential services have left many people with TB undiagnosed and untreated. The number of people newly diagnosed fell from 7.1 million in 2019 to 5.8 million in 2020. The number rose slightly to 6.4 million in 2021 which was still well below pre-pandemic levels.

For the first time in many years, an increase has been reported in the number of people falling ill with #tuberculosis (TB) and drug-resistant TB.

According to the report, the number of people provided with treatment for Rifampicin resistant (RR-TB) and multidrug-resistant TB (MDR-TB) has also declined between 2019 and 2020.

The report also noted a decline in global spending on essential TB services from US$6 billion in 2019 to US$5.4 billion in 2021. This is less than half of the global target of US$13 billion annually by 2022.

According to Dr Hannah Spencer, an advisor on TB, HIV and Hepatitis at Doctors Without Borders (MSF), DR-TB is curable. Shorter, safer, and more effective treatments must be scaled up now to save lives.

“In light of these grim statistics, there is an urgent need to optimally use all WHO-recommended tools. There also needs to be an increase in investment to develop new medical tools to treat, diagnose and prevent TB,” said Spencer.

Spencer also stated that MSF teams support the scale-up of shorter DR-TB regimens in collaboration with ministries where they work. But it remains devastating for them to see so many people continue to struggle with the longer, older DR-TB treatments.

“National treatment programs and donors should make it their first order of business to make better treatments available. And prices must come down. A complete DR-TB treatment course should cost no more than R8 954,74 per person. Everyone with DR-TB should have access to groundbreaking, newer treatments,” added Spencer.

“The report provides important new evidence and makes a strong case for the need to join forces and urgently redouble efforts to get the response back on track to reach targets and save lives,”  stated Dr Terza Kasaeva, WHO Director of the Global TB Programme.

“These countries have reached or surpassed the 2020 milestone of a 20% reduction in the incidence rate compared with 2015. Countries are also increasing the uptake of new tools and guidance recommended by WHO. This has resulted in early access to TB prevention and care and better outcomes,” said the WHO report.

The report urges countries to put in place urgent measures to restore access to essential TB services. There must also be increased investments, multi-sectoral action to address the broader determinants that influence TB epidemics.  There is also a need for new diagnostics, drugs and vaccines. – Health-e News