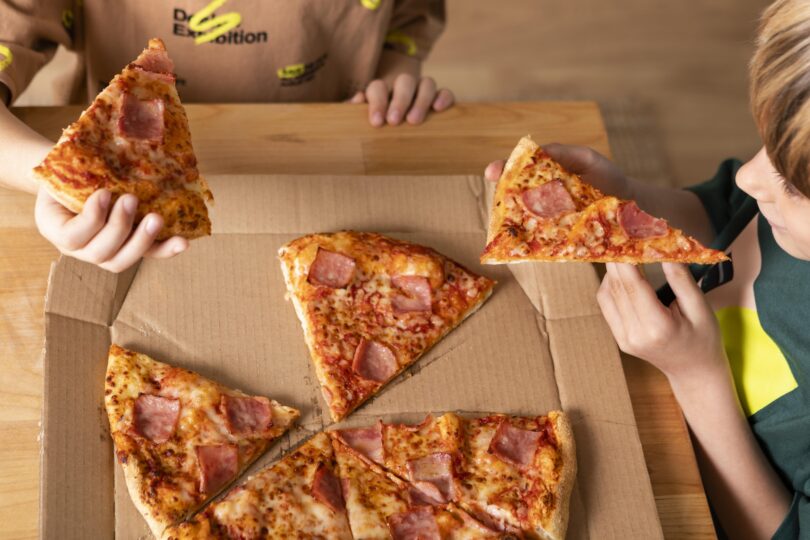 South African nutrition experts have warned that the rise in obesity rates in children could lead to a future epidemic. (Photo: Freepik)

There is a growing concern about childhood obesity in the country.

Childhood obesity has increased by 6% since 2002 and continues to rise today. Programme Leader for the Action Obesity Prevention Programme and PhD Candidate at the South African Medical Research Council (SAMRC) Wits Developmental Pathways for Health Research Unit, Gudani Mukoma, said that there continues to be a rising trend in child obesity, indicating a rising risk of non-communicable diseases (NCDs).

“We have already reached the epidemic level (in SA). Obesity is a global concern. The main thing here is that obesity is not stand-alone. It also gives rise to other diseases such as type II diabetes, heart diseases, high blood pressure – of which many of these start manifesting later in life.”

Lea Castro, UNICEF South Africa Nutrition Specialist, said that the rise of obesity rates could certainly lead to a future epidemic as the health impact of obesity in childhood becomes more severe with age.

“Many factors influence young people’s choices and ability to adopt healthier lifestyles. These include school and family environments, as well as the influence of peers and other role models in various sectors. Physical inactivity is one issue that can drive child obesity.”

The 2022 UNICEF South Africa baseline report on diet and physical activity showed that barriers to physical activity include time spent on social media and watching television, feeling tired, availability of facilities, safety, and having enough time, all of which can prevent young people from being active – COVID-19 related lockdowns presented an additional challenge.

Castro said that there is no holistic SA-based study describing the way a child’s quality of life can be impacted by obesity, but in a recent study conducted, they found that most young people who are overweight face weight stigma.

“This comes from personal comments, assumptions about abilities, name-calling, bullying, labelling, and ‘jokes’. Weight stigma has an effect on mental health and can contribute to issues such as low self-esteem, low self-confidence, body dissatisfaction, anxiety and depression.”

Mukoma agreed with the lack of data that shows a clearer pattern on the main dependent and cause of obesity amongst children.

“Data supports unhealthy dietary consumption and low activity levels, as well as the context or where these children live. It also plays a big role in terms of their risk too.”

He noted that with adults, there are several risk factors associated. This starts with lifestyle choices.

Mukoma added that pregnancy is also an occasion in a woman’s life, which means they are more likely to put on weight more often and much quicker. Also contributing to high obesity prevalence.

The impact children who grow up obese can lead to NCDs, which compromise their health outcomes in the future.

Collectively, NCDs are responsible for 70% of deaths worldwide. In SA, NCDs are the leading cause of death and disability, also carrying a huge cost to patients, families, communities, and health. Several NCDs can be prevented by adopting a healthy diet, regular physical activity, and managing stress levels.

Castro said similar trends observed in adults are also being seen in children. This means families with unhealthy eating practices pass this down to their children.

“It is also known that exclusive breastfeeding for the first 6 months of the child’s life can help prevent obesity later in life. Thus, a good start in life focusing on good health and nutrition during the first 1000 days followed by a healthy diet and sufficient physical activity levels – 60 mins per day for children – are recommended to prevent and control child obesity,” said

Mukoma said that childhood obesity leading to NCDs is dangerous because the diseases might take longer to show when they are still young. It is only later in life that these start showing up.

The risk of developing heart diseases, high cholesterol levels, difficulty sleeping, arthritis, high blood pressure, and mental health problems is higher and continues to grow for as long as children are obese.

“Child obesity is the right time when we can start intervening and hopefully improve the lives of children. Benefits would be to reduce and lessen the risk of all these other diseases later on in life,” he said.

Mukoma said that he is confident in SA’s capacity to tackle child obesity. However, he is concerned that implementing policies would be an issue.

“There are different policies that have been put into place to address the rising prevalence of obesity. We also have awareness campaigns starting from local community clinics and to provincial hospitals.”

Mukoma added that media presence also visibly promotes healthier lifestyles, but the message is not being received well.

“There is a need for integrating health education that looks at physical activity and nutrition topics. Not only once in a while but as a part of the curriculum. It has to be done in such a way that includes educators, children, and their parents – so that they are well informed in terms of knowing what they need to be doing and the kind of environment they need.”

Secondly, Mukoma noted a need to respond to child obesity at a community level and not just at a national level. This means coming up with strategies for people in communities to be able to practice healthier lifestyle choices on a day-to-day basis.

“Providing communities with ways to do this without incurring costs. The research that we have conducted indicates that young people are interested in community gardens and going green.”

Getting young people involved in initiatives that Mukoma refers to can work as a tool to encourage healthy eating and lifestyle habits.

Thirdly, Mukoma emphasised the importance of enforcing a stronger legislature that would regulate how unhealthy food and snacks are advertised and require fast food outlets to clearly state the ingredients of the food they sell on the package labels.

“There is no legislation which forces fast food outlets to display information on how much energy, how much fat, how much salt, or whatsoever nutrients that they get from the food items that people are consuming. Some outlets have that information on their website, but it is not easily accessible.”

“In some cases where that information is displayed, it’s not well described for people to make an informed decision. But when we look at the total amount that people get from fast foods, we’re exceeding the required energy intake per day that is needed. This is problematic.”

“It is also important that we change the perception that an overweight person is someone happy, wealthier, or of a higher status. Obesity is a health risk, and the more people think about it that way, the better our chances of fighting and reducing it and, in turn, other diseases,” he said.

Weight loss is a remedy that, on its own, can be achieved by regular engagement in physical activity and eating a healthy, balanced diet. – Health-e News