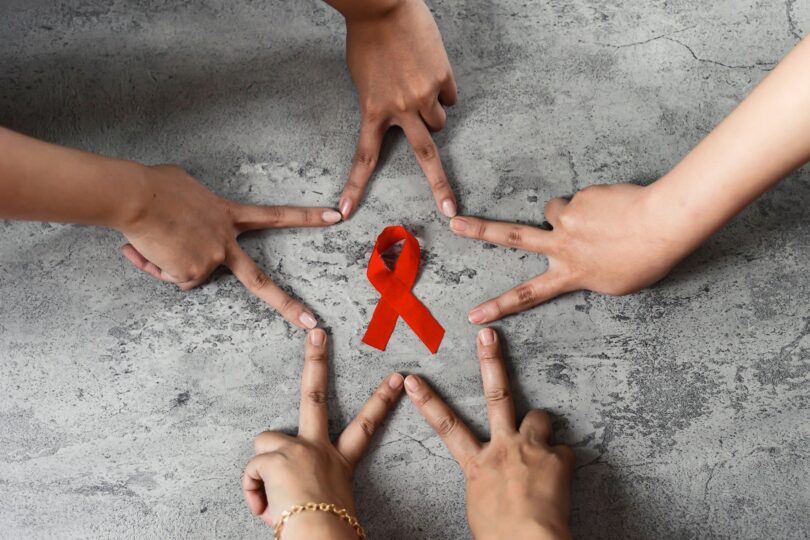 Young people must be empowered to fight HIV (Photo: Freepik)

Over the last two years, the COVID-19 pandemic has had a devastating impact globally on countries’ national communicable disease programmes, crucially including the response to HIV/AIDS. Disruptions in treatment and prevention services may have contributed to around 1.5 million new HIV infections last year. A rigorous scale-up of health services by governments needs to go hand in hand with the active involvement of communities to get the global HIV response back on track.

Drawing on our experience of more than two decades working with HIV and TB in South Africa, Médecins Sans Frontières/Doctors Without Borders (MSF) believes that community-led interventions such as those involving youth can significantly improve the uptake of health services and reduce the risk of HIV infection.

Young people can be highly effective drivers of social change. In the past ten years, there has been a global 46% reduction in new HIV infections among youths aged 15–24. However, the world is still falling short of achieving the targets set for young people and achieving the goal of ending AIDS by 2030.

Empowerment of the youth through proactive engagement is critical not only for their health-seeking behaviour of HIV preventive services but also for decreasing stigma and discrimination against people living with HIV in the wider community.

In 2019, MSF teams in Eshowe, KwaZulu-Natal, South Africa, achieved the UNAIDS treatment target of 90-90-90 aimed at helping to end AIDS. The achieved results of 90-94-95 meant that 90% of people living with HIV know their status, 94% are on antiretroviral treatment, and 95% have a suppressed viral load. This achievement is attributed to the strong community involvement in HIV care pioneered by the Eshowe teams. Through these results, MSF demonstrated the possibility of achieving these high targets in KwaZulu-Natal, which has the highest number of people living with HIV in South Africa, accounting for around 18% of the country’s infection rates.

Among the various community and patient-centred interventions led by MSF that resulted in this success, engagement with youths in schools and improved recruitment for voluntary medical male circumcision facilitated the normalising of HIV as a disease within the community. In the long term, these efforts are expected to reduce HIV incidences.

MSF in Eshowe started its school health programmes in 2012 in partnership with local authorities and health facilities. The aim was to reduce new infections and promote prevention methods among high-school students in grades eight to 12.

In more than 35 schools in Eshowe and Mbongolwane, MSF offered HIV counselling and testing services (HCT) to mobilise high-school students to know their status, increase health-seeking behaviour and offer better support and care for students who test HIV positive. Using the Life Orientation subject in the school curriculum as a platform, our teams shared health education on HIV/AIDS, TB, sexually transmitted diseases and the risk of teenage pregnancies. Youth-friendly ways of providing education through peer educators and youth camps helped offer them a safe space and develop an understanding of how to protect themselves and their positive peers.

HCT in schools provides a valuable opportunity to promote HIV prevention among students by enabling learners to know their status and begin a long-term habit of regular HIV testing. The student’s participation in this intervention required consent from parents, teachers, principals and officials and tacit acceptance from institutions like churches and community-based organisations. This led to a substantive rise in the approval of the need for health education and the breaking down of common misconceptions among these groups and institutions.

Working closely with the Department of Health and the Department of Education, MSF teams mobilised and recruited boys for MMC camps in 25 schools in Eshowe and 23 schools in Mbongolwane. Voluntary MMC is recommended by WHO in high HIV prevalence settings as an additional strategy for HIV prevention by reducing the transmission among circumcised men by up to 60%. With 71% of boys between the ages of 15 and 19 years old medically circumcised in 2018 in Eshowe and Mbongolwane, as per MSF’s HIV impact population survey, we expect to see a reduction in new HIV infections within the community. Within the general male population, MSF saw a more than doubling of men who were medically circumcised between 2013 and 2018.

Since 2019, MSF has used this successful platform, working closely with schools and government officials to raise awareness around TB and de-stigmatise the disease that is one of the leading causes of death among people with HIV.

Globally, young people continue to face substantive challenges in accessing HIV and sexual and reproductive health services. This is despite an extensive global call to focus on youth to control the rising number of HIV infections. MSF’s experience in Eshowe has shown that it is critical to engage with young people in schools early to discuss HIV prevention and identify the strategies that suit them best to impact their behaviour and support their choices and future.

Focusing on increasing treatment and care services is not enough. If national health programmes want to deliver on reversing and ending HIV/AIDS, young people must engage and lead the response to this epidemic. – Health-e News