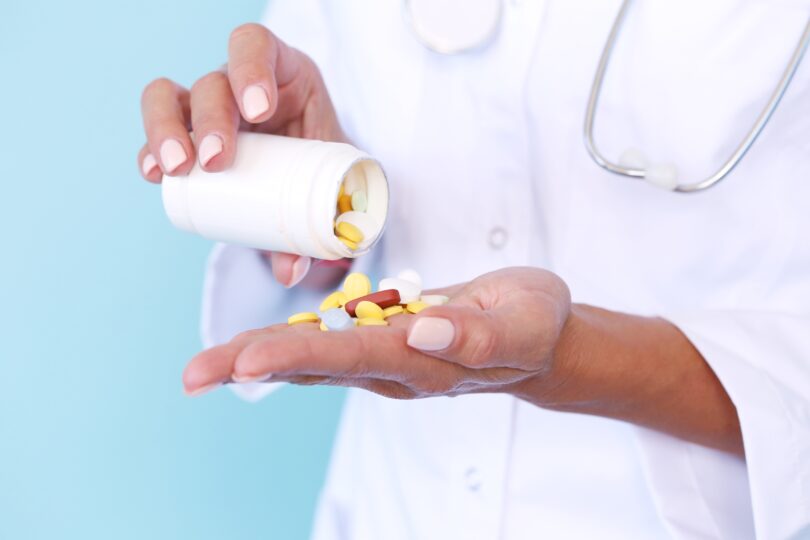 Patients at Free State clinics have expressed frustration and anger at having to wake up at 4am only to be turned away due to medication shortages.

Some residents claim that officials are taking medication for external use, with most facilities based in Mangaung and Maluti-a-Phofung.

Motlatsi Moloi, 43, who stays in Phuthaditjhaba, said that officials are selling medication for extra cash.

‘Stealing from the poor’

“Many of us are victimised by the lousy meds syndicates who steal from the poor. They are robbing people of their lives by taking medicines that need to be prescribed for needy people, yet they sell them for profit,” said Moloi.

Police have since arrested five people, three already convicted of stealing antiretrovirals and diabetes medication. One of the three convicted was the dispensary officer at the Pule Sefatsa Clinic in Botshabelo. The others were arrested in Harrismith, where they were running a bogus clinic. Their case has since been postponed.

The lack of medication at various health facilities has angered the Treatment Action Campaign (TAC), which regularly gives responses about stockouts of essential medicines at health facilities.  According to TAC, patients suffer a lot due to greedy officials barring the poor from obtaining medication.

“At other times, clinics have run short of TB medicines and basic pain medications. We have been in communication with facility staff to find solutions. You can imagine if the Department of Health had no emergency stocks of ARVs when provincial structures,” said TAC  Coordinator Sechaba Mafata.

Another patient, Mamothae Sebitlo, said at one stage, she had to buy her medication from a pharmacy after her clinic turned her away.

“I discovered later on that medication was being stolen and not delayed due to late deliveries. People have been making money, while some of us have been struggling. Due to missing medication, doctors changed my treatment regimen. The site had no AZT, Aluvia and 3TC. I also had no cash to buy medication and got sick and hospitalised.”

“Each time I’d go for my medication collection, I would be turned away without any medication. I’d ask about Aluvia (lopinavir/ritonavir), which was always unavailable because syndicates knew many HIV patients were on it,” she explained.

The taxi fare for round trips in both Botshabelo and Phuthaditjhaba taxi fare is R30. This makes it costly to visit clinics only to be turned away.

Tshepo Mokhatla, 34, has lived with HIV for ten years.

He told Health-e News: “Government has since played a huge role by providing ARVs to us, and yet some people decide to steal our lives. Imagine spending R30 rand each day hoping to find my meds,” said Mokhatla.

The MEC for @fs_health working through detailed issues raised by community members, supported by her senior staff. Promises to ensure that issues such as EMS response times, access to ARVs, improving staff cadres & bad staff attitudes are improved throughout. #MakeEverydayWAD pic.twitter.com/vY1EEZ0hpO

Although the Department of Health has not had clear figures of how much it costs them for medication that has been stolen since 2020, the TAC believe millions were lost to syndicates who sold meds and ran bogus facilities.

To eliminate stockouts and stealing, the department has decided to post-delivery meds to patients’ homes.

Spokesperson Mondli Mvambi said their new plans had provided relief to clinics in terms of numbers.

“We have over 500,000 patients on HIV treatment, and to avoid the disappointment of stock-outs and stealing, we can now deliver meds near their homes. This has made our clinics less full as you no longer have high numbers of patients collecting treatment, ” he said.

Mvambi confirms that the stealing of stock had badly impacted patients.

“We believe that the criminal action would’ve paralysed the system, but we are thankful that police have put a stop to that,” he added.

Mvambi concluded that the MEC for Health, Montseng Tsiu, ordered the accused to face disciplinary procedures without fear, favour or prejudice. This serves as an example for other government officials to refrain from stealing from the government.

“The MEC is of the view that more people are without medication in the light of people who steal. And, you may likely be disrupting the continuum of the provision of healthcare. Now, she’s of the view that the state should, in sentencing people, set an example so that people thinking about this elsewhere should learn a lesson not to do it again,” he said.

According to unverified reports, syndicates that steal medical supplies and resell them make about R1 Billion.

Currently, depots receive medicines from suppliers. The drugs are then distributed to sub-depots and, in some cases, directly to health facilities. However, the unaccounted stockouts have caused the government to ensure that meds be sent to patients from depots, and only emergency stock is now sent to facilities from depots.

Health can report that sub-depots are the ‘middle-man’ between the depots and the health facilities. This is done to prevent medicine stockouts. – Health-e News