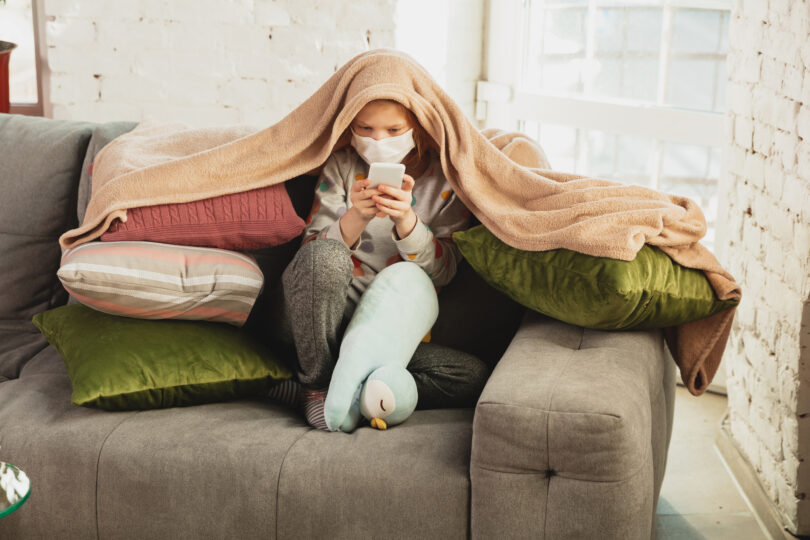 The National Department of Health has urged parents to ensure that their kids are vaccinated against pertussis and that they seek medical care if any symptoms develop. (Photo: Freepik)

The National Department of Health has called for calm as pertussis (whooping cough) cases rise in South Africa. But the public is urged to ensure their children are vaccinated and seek medical attention if they suspect any symptoms.

Over 408 cases of pertussis have already been reported in the country. At least seven infants under two months old have already died from the disease in the Western Cape.

Pertussis is a vaccine-preventable, highly infectious disease that affects the respiratory tract. It is caused by the bacterium Bordetella pertussis and is spread through respiratory excretions when an infected person coughs or sneezes.

“There is no need for the public to panic. But anyone with suspected symptoms, which include a runny nose, nasal congestion, red or watery eyes, fever, and a cough, should present themselves to their nearest healthcare facility for screening or testing,” said Mohale.

An increase in #PertussisCases (whooping cough) has been reported among children younger than 5 years of age, particularly infants younger than 3 months of age. The current increases have mostly been reported in the Western Cape Province. Read more here https://t.co/zfLqMR9XYt

Increase in cases among children

According to Mohale, scientists have informed the department of an increase in pertussis cases. Most have occurred among children five years and younger as well as infants.

Mohale also stated that clinicians had been advised to be alert for cases and to conduct diagnostic testing where appropriate to notify cases on the NMC app.

He said post-exposure prophylaxis should be prescribed for close and high-risk contacts of suspected or confirmed cases; healthcare workers should be vaccinated and pregnant women where possible. This will help reduce transmission to vulnerable patients,” said Mohale.

National Institute for Communicable Diseases (NICD) Epidemiologist Jocelyn Moyes told Health-e News that persons who are not immune to the bacterium Bordetella pertussis through vaccination or previous infection could get pertussis at any age. However, some individuals are at increased risk and infants and young children who are not vaccinated or are partially vaccinated are at high risk for infection and severe disease.

“The Western Cape reported numbers higher than during the pre-COVID-19 period. Most of the pertussis cases have been reported in the Western Cape, followed by Mpumalanga, Gauteng, KwaZulu-Natal, and North West. Data from systematic surveillance conducted at sentinel sites in six of the nine provinces show that from 2020 to April 2022, no cases of pertussis were reported,” said Moyes.

Moyes also stated that the spread is likely due to the drop in measures to prevent the spread of SARS-CoV-2.

“However, from May 2022 onwards, sporadic cases have been reported from five of the six provinces participating in surveillance. There was a marked increase in cases from July onwards,” added Moyes.

According to the World Health Organisation (WHO), people with pertussis are most contagious up to about three weeks after the cough begins. Children have coughing spells that last four to eight weeks, with antibiotics used to treat the infection. -Health-e News